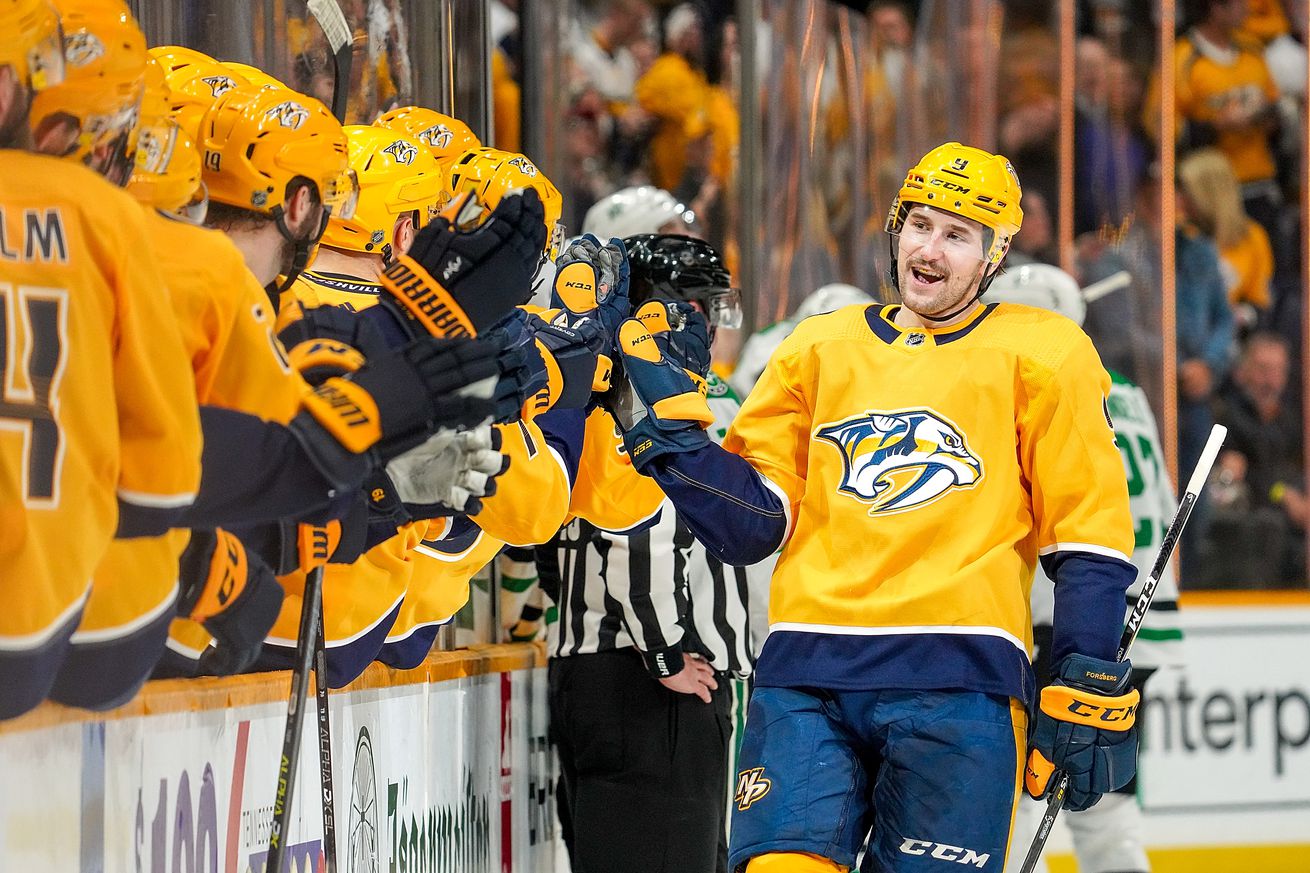 The Preds are supposed to play in Toronto tonight. If that actually happens, who knows? Talking about sports is really weird right now.

Not Hockey, But MASSIVE News Regardless

The NBA has suspended the season.

NCAA President Mark Emmert has released a statement saying that the NCAA Tournament will be held with only essential staff and limited family in attendance.

The NCAA has decided to play March Madness without fans, and the NBA flat out suspended their current season after Utah Jazz player Rudy Gobert tested positive for the coronavirus.

Yeah… yesterday was a wild one. As of last night, the NHL hasn’t made an official statement on whether they will suspend play or not, but definitely be on the look out for that today.

Milwaukee Admirals Musings: ‘X’ Marks the Spot | On the Forecheck
ICYMI: Milwaukee should have one later this week if all goes as planned.

Silver Lining: Maybe we’ll find out if Calle Jarnkrok actually has a voice on Saturday.

Top leagues in Slovakia, Austria, Poland, Norway cancel seasons due to coronavirus outbreak | The Hockey News
The spread of coronavirus continues to impact major competitions in Europe as several top-flight leagues have cancelled their seasons. Meanwhile, a handful of circuits have postponed post-season play and others are deciding how to proceed.

Avalanche’s MacKinnon sidelined at least a week with lower-body injury | Sportsnet
A big OOF for Colorado, as they are right in the middle of a battle with St. Louis for the division crown.

Life of a Champion: Jordan Binnington Is Always Searching for More | The Hockey News
This is an excellent long read, but I’ve got to say… I really don’t think I’d like Jordan Binnington if I had to spend more than five minutes with the guy.

Report: Larry Walker to serve as Colorado Avalanche emergency backup goaltender Sunday | TSN
I love Larry Walker, but this is an impeccably silly PR Stunt. A celebrity EBUG? Who cooked this one up, Jackie Moon?

Rumor Roundup: Why the Panthers could be primed for major off-season changes | The Hockey News
A big off-season spend followed by a disappointing performance could be the catalyst for changes to the core in Florida.

Youth hockey coach fired after fighting referee on ice in Kingston | WCVB 5
Witnesses say the coach started the confrontation by spitting in the referee’s face and began throwing punches when the official began defending himself.

“That ref had it coming”
– Mike Milbury, probably