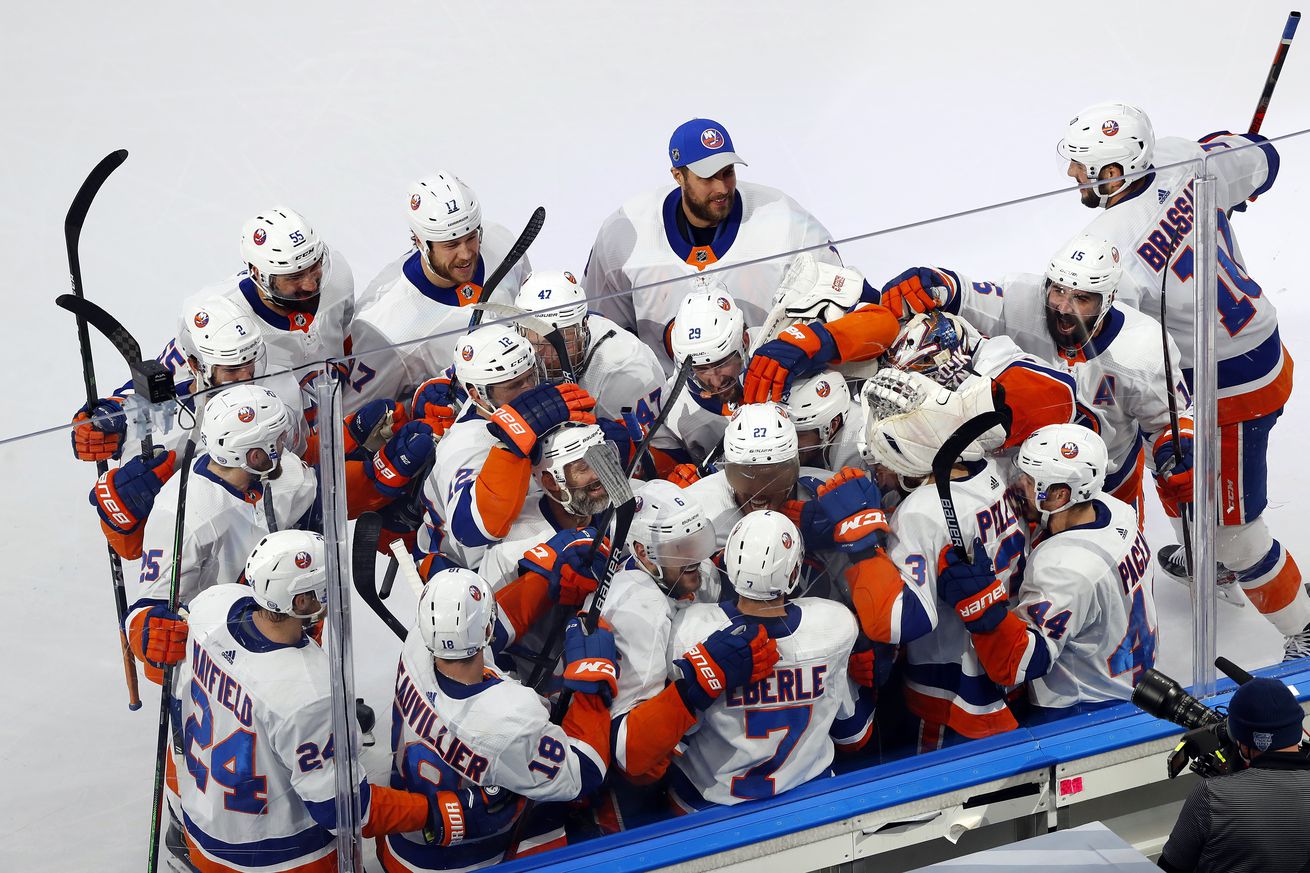 In which we all wait to see who will face (winces) Dallas in the Cup Final, OTF’s Shaun Smith sits down with new Preds Assistant Coach Dan Hinote, and a Panthers assistant coach gets fired for kicking a player.

How the Dan Hinote hire may be the grit the Preds have been looking for | On the Forecheck
We are all GRITnesses! Great stuff from Shaun, as usual.

Buffalo Sabres acquire Eric Staal from Minnesota Wild for Marcus Johansson | ESPN
So Buffalo and Minnesota decided to swap expiring contracts in a trade that I just don’t understand.

Coyotes to name Bill Armstrong as new general manager | Sportsnet
Sorry, Sully. The Yotes have opted to go with Bill Armstrong as their new GM. Armstrong has worked with the St. Louis Blues for 16 years in a variety of roles, but he most recently served as the assistant GM for the club.

Assistant coach Mike Kitchen won’t return to Florida Panthers amid report he kicked player | ESPN
I can’t believe this needs to be said…but you can’t kick your players.

Can the Islanders Keep ‘Grinding and Grinding’ Their Way to the Cup Final? | The Hockey News on Sports Illustrated
It’s pretty clear that if the Islanders are going to have any chance to win the Eastern Conference final, they’re going to have to play the way they did in Game 5. And many fans will have to shield their eyes.

Countdown to Off-Season: Are the Minnesota Wild set to move D Matt Dumba? | TSN
With Jonas Brodin receiving a seven-year extension, there is a strong possibility that Matt Dumba could be the odd man out on the Wild’s blueline this fall.

Can Peter Laviolette fix what ails the Washington Capitals? | ESPN
Unless the solution is ‘MOAR JAM!’, I doubt it.

7 centres Jets could pursue to fill opening on second line | Sportsnet
If the Winnipeg Jets decide to look outside the organization for a second-line center, they will have plenty of options. Ken Wiebe looks at seven of those players and how they would fit in with the Jets.

Puck Over Glass Rule Works Perfectly, Even If You Hate It | The Hockey News on Sports Illustrated
Well, guess what? I still hate it.