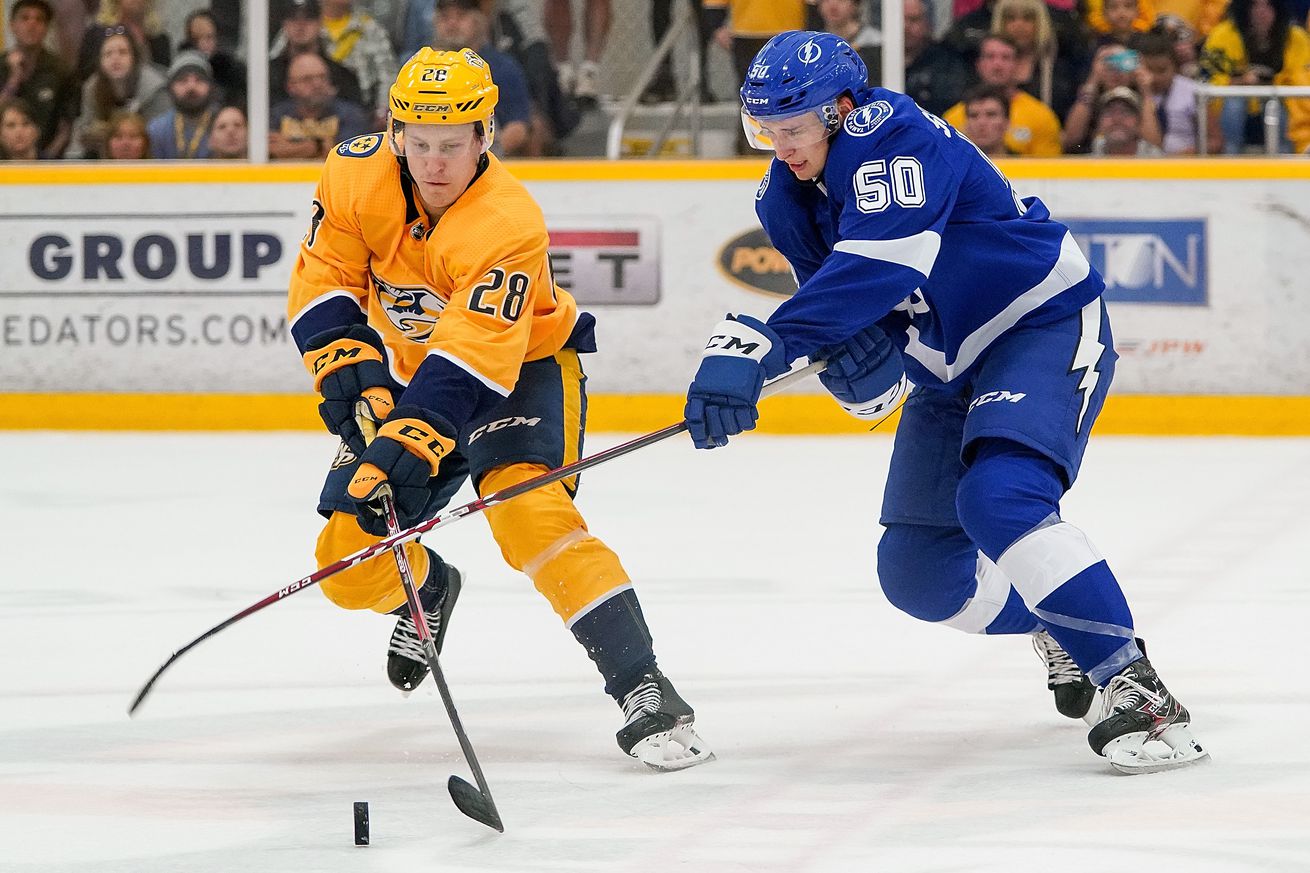 In which Eeli Tolvanen is on loan to Jokerit while our comments section debates what, if anything, is going on in Mike Milbury’s head.

Predators Loan Eeli Tolvanen to KHL’s Jokerit | NHL.com
As long as he doesn’t regress in his progress toward the North American game, I’m all for the playing time. Love those jerseys too!

Injured Avalanche goalie Philipp Grubauer ruled out of Game 2 vs. Stars | ESPN
“Grubby”? Does anyone who saw Philipp Grubauer go down think he’ll be back any time soon? (A few hours after I first wrote this, it was announced that Grubauer will be out indefinitely.)

Chicago Blackhawks’ GM won’t divulge goaltending plan, not sure about Seabrook’s role | Chicago Daily Herald
I don’t know why, but I feel sorry for Brent Seabrook. I know. Maybe I have been inside too long.

NHL announces fourth straight week of zero positive COVID-19 tests | Yahoo Sports
In all seriousness—congratulations, NHL. I don’t think I would have bet on this four weeks ago.

Bubble fatigue cited as mental challenge during NHL playoffs | Yahoo Sports
I don’t want to be heartless, yet what do they think much of the country is dealing with? I haven’t seen my mother in eight months or my grandchildren (except at few at a social distance) since March. I’m not having as much sympathy as maybe I should, I guess.

Penguins expect to trade either Murray or Jarry, GM says | NHL.com
Really. Matt Murray sure has experienced the highs and lows in a very short period of time.

NHL 21 Release Date, New Details, Cover Star, Skill Moves, And More Announced | GameSpot
Now I love me some Alex Ovechkin, but I don’t really see this cover for this year. All you want to know about NHL 21 inside this article.