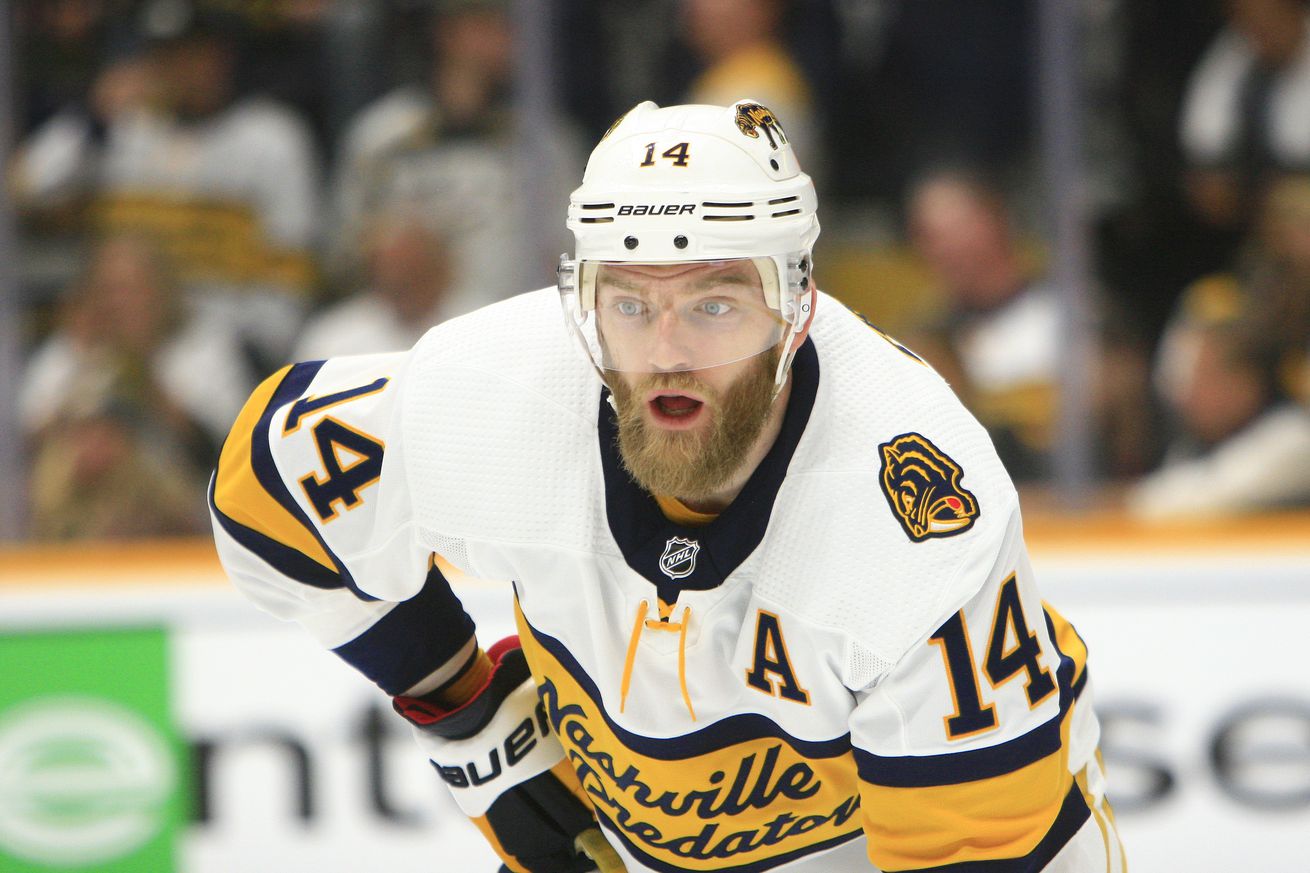 Is it me, or is it seeming pretty unlikely for an early January start?

Preds Reverse Retro Jersey Combines Past and Present with Fresh Look | NHL.com
My first thought was “Why didn’t they use Roman Josi as the model?” My second thought was “Meh.” They are starting to grow on me, but for that much money, I would make another choice.

Stock Up/Stock Down: Predators Offseason Edition | Penalty Box Radio
Our friend Boyd evaluates the Nashville Predators’ offseason actions. Did he get it right?

Tula Smith—she ain’t missing us at all!

Wild Fans are All-In on Guerin. Why Isn’t the Rest of the League? | Zone Coverage
“The irony of Guerin’s tenure is that even after two changes at the helm, the Wild are trying to execute the same plan as Chuck Fletcher. Minnesota is still trying to win without a true rebuild.”

Ranking the Blackhawks’ top 10 one-season wonders | NBC Sports
“Some Blackhawks teams featured unsung heroes who, for a brief amount of time, did a spectacular amount of dirty work that you might have forgotten.” Surprisingly, (at least to me), four of the ten are goalies.

Blues present military veterans with Warrior Hockey jerseys | NHL.com
I missed this in October, so it is today’s feel-good story.

NHL Power Rankings: Ranking the 31 ‘Reverse Retro’ jerseys | NBC Sports
“There is nothing here that would make me want to run out and buy this over a regular Predators jersey.” This was exactly my thought when I saw it. For the money, I’ll take either our away or a Winter Classic.

Ranking All 31 NHL Reverse Retro Jerseys | The Hockey News on Sports Illustrated
“Nashville: Shoulda made the skull logo the main logo—that would have been tight. Instead, we get a variation that is non-threatening but doesn’t really stand out.” I could post a million of these reviews, so I tried to pick a few variations. Most agree on the Colorado Avalanche’s win though.

If You’re That Worried About the Blackhawks Logo, Why Not Just Change It? | The Hockey News on Sports Illustrated
Thoughts? I must admit, the avoidance did stand out in the reveals.

Ten Women Who Have What it Takes to Become Hockey’s Kim Ng | The Hockey News on Sports Illustrated
Number ten is my favorite.

Alex Ovechkin’s man cave is the envy of hockey fans everywhere | Yahoo Sports
I don’t know. Some of the fan man caves I’ve seen on line seem higher end. Can’t argue with the level of the souvenirs though.

NHL hockey cards are back at Tim Hortons | NHL.com
Maybe in the US, we could get these at Thortons gas stations.