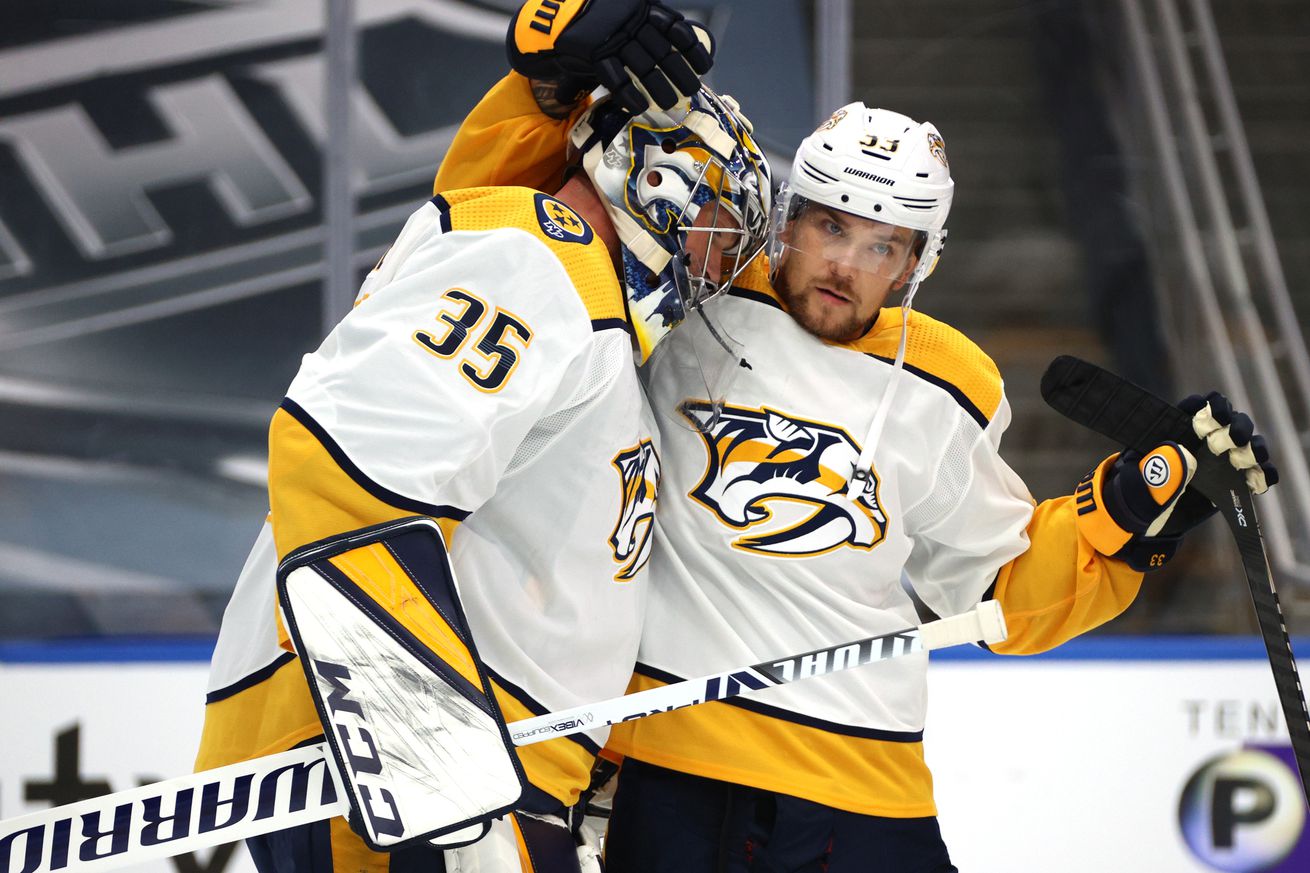 Surprisingly, there is a fair amount of NHL and Nashville Predators news for today’s links.

Nashville Predators Sign Forward Luke Evangelista to Entry-Level Contract | On the Forecheck
Luke Evangelista was selected 42nd overall at the 2020 NHL Entry Draft. One Luke down—how many to go?

Nashville Predators’ Askarov shines for Russia in European tournament | A to Z Sports
With both Connor Ingram and Iaroslav Askarov in the wings, is Juuse Saros feeling the pressure to make his case this year?

On The Forecheck Previews 2020-21 College Hockey | On the Forecheck
Does anyone else have the prospect and collegiate hockey coverage that On The Forecheck does? Bobby’s look at what to expect as the NCAA season kicks off this week.

Predators building Clarksville ice rinks for youth opportunities | Tennessean
“The Predators are putting two sheets of ice in the Multipurpose Events Center in Clarksville scheduled to open in 2022.” The primary sheet area can also be used for other sports tournaments. Go Preds!

Checking in with Doug the Dog:

Third-time charm for Dano with Jets? | Winnipeg Free Press
When I saw the third time, an age came to mind. Twenty-five wasn’t it!

NHL Power Rankings: Where things stand after first month of offseason | Yahoo Sports
“They lost a lot of goals from last year’s team and did not really bring in anybody that looks to replace them. They were already trending backwards as a team and I am not sure anything from this offseason reverses that.” Guess who?

Howie Meeker, Hockey Star and Colorful Broadcaster, Dies at 97 | The New York Times
Quite the life. Quite the man.