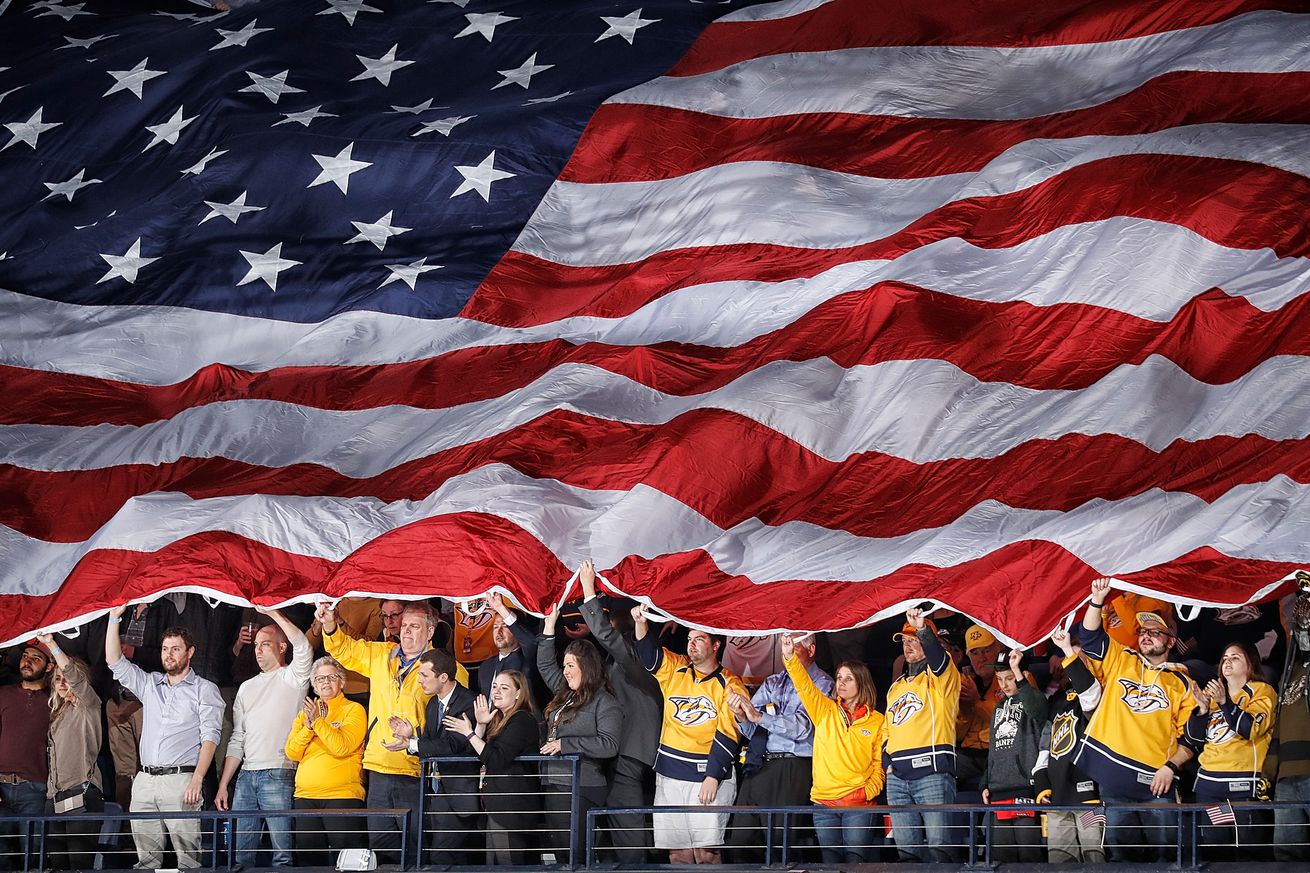 Army Veteran Honored by NHL Before Landing Job with Preds
Brian Bailey has created one of the foremost veterans’ hockey leagues in the country, let alone Tennessee. This army veteran wants to take care of his own.

Five Questions with Mark Giordano
NHL.com’s Q&A feature called “Five Questions With …” runs every Tuesday. They talk to key figures in the game and ask them questions to gain insight into their lives, careers and the latest news.

Prospect Watch: Finland
Checking in on some Finnish prospects around the League.

Maple Leafs’ Auston Matthews looking to shave moustache in support of Movember
What a way to raise funds.

How Alex Trebek Almost Became Host of Hockey Night in Canada | The Hockey News on Sports Illustrated
The host of North America’s most popular game show was a tuft of facial hair away from becoming the host of Canada’s most popular (hockey) game show.

Quebec Is Getting a Bubble | The Hockey News on Sports Illustrated
The QMJHL may not be the only major junior league that ends up using one this season.

I’d like to take a second to thank all veterans for their service on this Veteran’s Day.