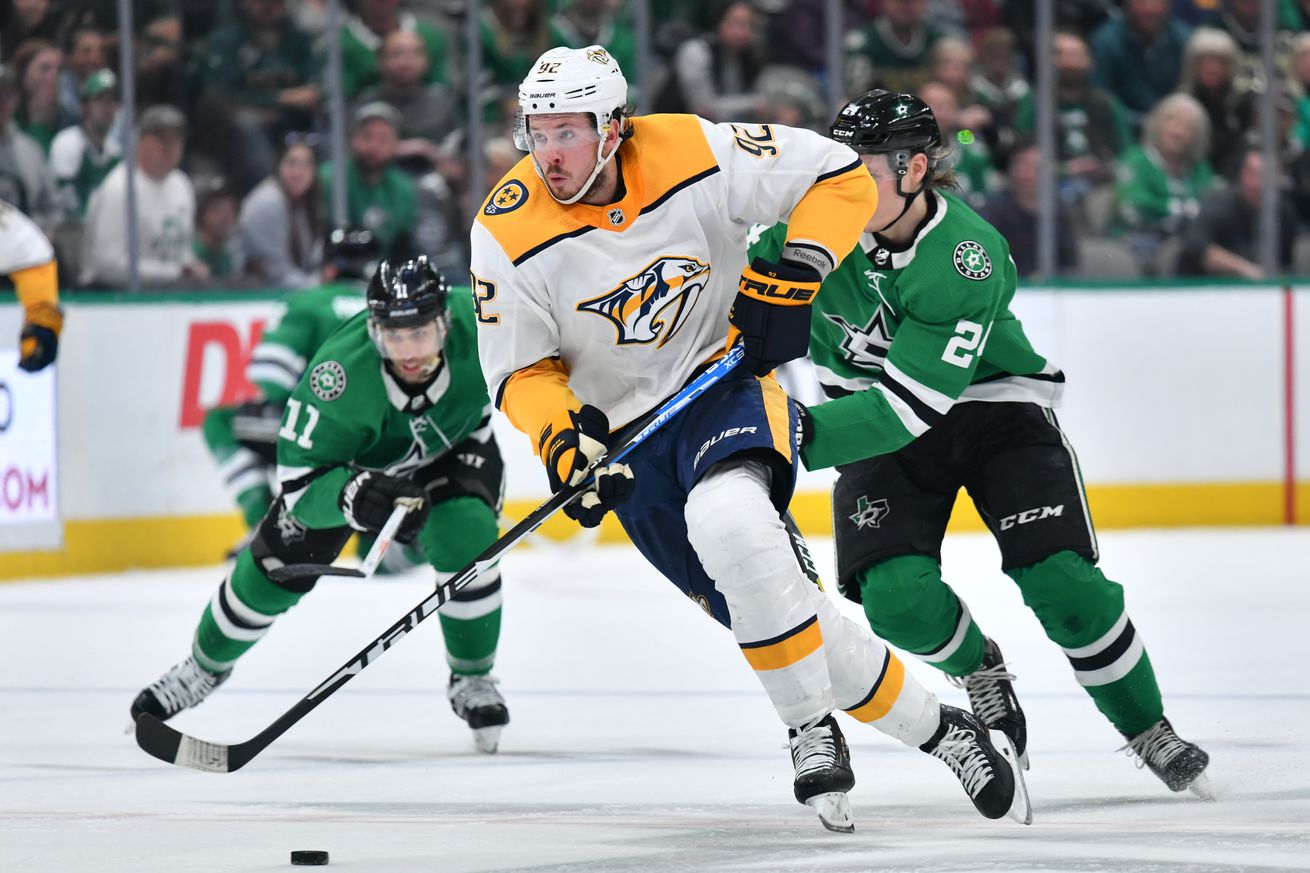 Visualization: Have First-Round Picks Helped NHL Teams in the Playoffs Since 2005? | On the Forecheck
Bryan has an excellent piece of quarantine reading for you here. How do first round NHLers help their teams in the playoffs?

2020 NHL Entry Draft Profile: Shakir Mukhamadullin | On the Forecheck
Mukhamadullin is one of the first 2002-born skaters to debut in the KHL. Will the Predators call his name in June?

Breakdown: Nashville Predators Sign Connor Ingram to Three-Year Extension | On the Forecheck
The Preds locked down Connor Ingram on Monday. Eric has an in-depth look at the young netminder.

Future Watch 2020: The NHL’s top 10 falling prospects | TheHockeyNews
Eeli Tolvanen makes an appearance on this list. What do you think? Does Tolvanen have a shot at the team next season?

Bordeleau out to stay sharp ahead of 2020 NHL Draft with his season over
The younger Bordeleau is trying to keep fresh and sharp in this weird quarantine period.

Cotton brothers sign entry-level contracts with Hurricanes
The Hurricanes locked down a set of brothers yesterday.

Report: Bruins’ Tuukka Rask says retiring after next season ‘a possibility’ | Sportsnet.ca
The thought of a NHL without Tuukka Rask and Pekka Rinne is a weird thought.

NHL says no decisions made yet on playoff format, draft | Sportsnet.ca
Hopefully fans will get some answers soon. Will there be a resumed season? Playoffs? The draft?

Why you shouldn’t sleep on the Predators’ signing of AHL standout Connor Ingram | TheHockeyNews
Connor Ingram draws some parallels to Jordan Binnington in this piece from The Hockey News.

Two QMJHL teams loaded up by trading 31 draft picks to take a run at a Memorial Cup that won’t happen | TheHockeyNews
It’s awful to think about these young athletes not being able to compete in tournaments and championships.

Coaching Conundrums: Which interim coaches will stick around beyond this season? | TheHockeyNews
I feel like Rick Bowness has a good shot at remaining behind Dallas’s bench.

Future Watch 2020: The NHL’s top 10 rising prospects | TheHockeyNews
Prospect development will come into bigger focus now that there’s not much hockey to watch. Our very own Eric has extensive prospect coverage for you, so keep your eyes peeled for his upcoming articles.