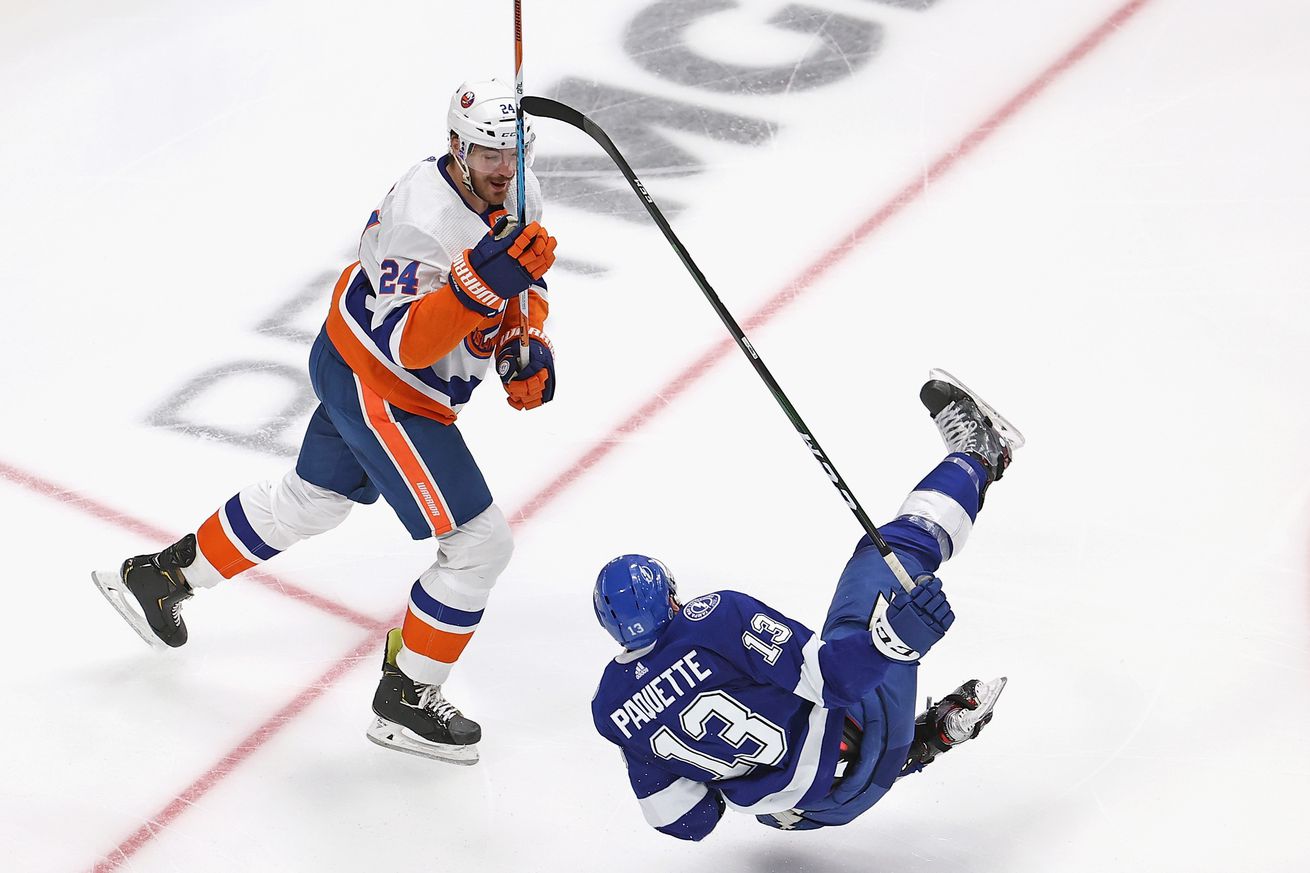 Barry Trotz and the Islanders are still in it, but so is the possibility of an all-Sunbelt final. Which will prevail?

Capitals hire Peter Laviolette as new head coach | Russian Machine Never Breaks
We had a lively staff debate today about whether the Caps would have been better off trying to get Gerard Gallant, but either way, their picking up Laviolette saves the Preds the final year of Laviolette’s salary. Good luck to them.

Islanders’ Eberle, no stranger to marquee moments, plays hero yet again | Sportsnet.ca
It’s amazing what “not playing for the Edmonton Oilers” has done for the narrative of Eberle as a competent, skilled, professional hockey player instead of a guy who apparently landed on an ice rink by accident and doesn’t care. Will this stop the Edmonton media? Probably not.

Islanders beat Lightning in Game 5 double OT, Isles avoid elimination | ProHockeyTalk | NBC Sports
Not sure how you manage a win in 2OT with fewer than 25 total shots on goal, but the Islanders did it.

Jenny Potter to be enshrined in U.S. Hockey Hall of Fame | The Ice Garden
Every write-up of an athlete who racked up tons of medals and ludicrous numbers of points that casually mentions, in passing, that the athlete took a year off here or there to gestate and give birth to an entire human baby is just…good grief. It makes everything else even more impressive.

Why Benjamin Wendorf builds history and hockey narratives | Asking For Directions
Learn what Wendorf, a Hockey Graphs cofounder, has done since getting his doctorate in African & African Diaspora Studies.

Wild sign defenseman Brodin to 7-year, $42 million extension | ProHockeyTalk | NBC Sports
If you must sign a 27-year-old to a 7-year deal, picking someone whose greatest strengths are his defensive play at 5v5 and 4v5 is probably a fairly safe way to do it–same for volume shooters offensively, who are less likely to hit a sharp decline around 30 than high sh% types.

Matthews-For-Byng Voters Reflect on Their Selection | The Melissaverse
I (Kate here) have a lot of understanding for the PHWA members who, in this nightmare half-century known as 2020, forgot about Auston Matthews’s recent off-ice conduct. I saw him announced as a finalist and went “oh that’s not great” but couldn’t remember why until someone actually said it.

That said, I also didn’t get a vote for a NHL award, and it’s good to see how many of the people Melissa Geschwind spoke with about the Byng responded thoughtfully.

NHL’s top 16 RFAs of 2020: Latest rumours, reports | Sportsnet.ca
A few of the same teams keep coming up, which is either a good problem to have or just a problem to have. Do you think we see offer sheets again this offseason?

Current state of gay and bi acceptance and homophobia in men’s hockey | Outsports
The event tomorrow evening is with four participants in men’s hockey, players and referees both.

Analyzing how the Stars were able to upset the favoured Golden Knights | Sportsnet.ca
At some point, someone is going to suggest to the Golden Knights that they learn how to kill a penalty, and on that day we will all be sad. Except for Knights fans.

Phoebe Stänz talks Swiss Hockey, new challenges in the SWHL | The Ice Garden
Media coverage of women’s hockey is so important. Stänz was already playing boys’ hockey when she found out that there was a women’s team. Other things that are really important: playing top-tier athletes, also something that Swiss women’s hockey is not doing so great at.

Gay hockey and tennis referee on his struggles with coming out | Outsports
Bryan Hicks talks about his experience as a closeted NCAA hockey referee, and the acceptance he found among his colleagues after coming out.

Coding for Sports Analytics: Resources to Get Started | Brendan Kent
Looking to get involved in the exciting world of spreadsheets? (We don’t actually use spreadsheets, mostly.)