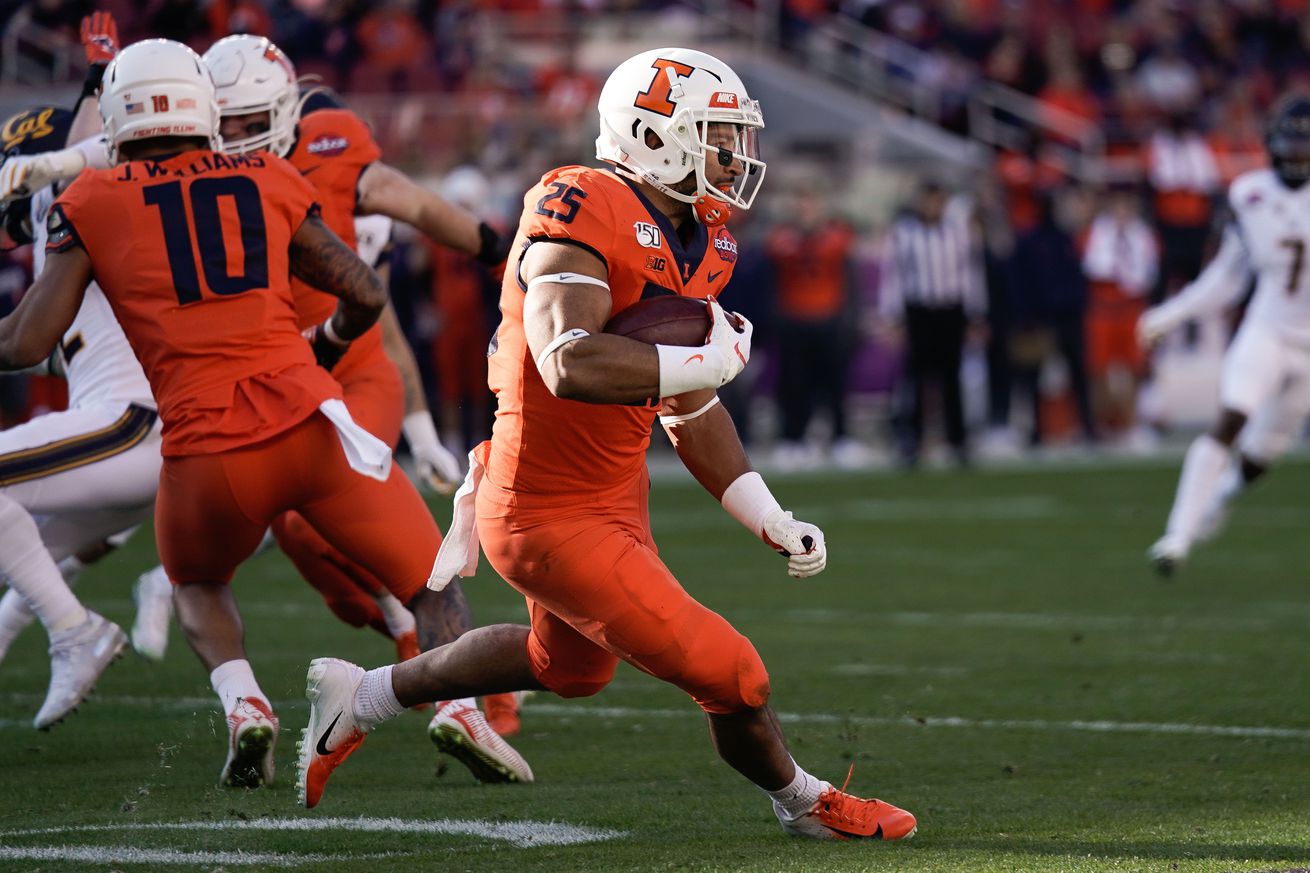 NFL teams excel in the draft by finding key contributors and eventual starters in the middle and later rounds. If your favorite club is looking for an exciting running back in the 2020 NFL draft that did a little bit of everything in college, Illinois’ Dre Brown may be their guy.

Brown recently spoke exclusively with MCM about his Pro Day success, how he fought back from multiple injuries, and what kind of skill set he brings to the next level.

JM: How would you describe your running style?

DB: I’m more of a slashing type of runner. I compare myself to some of those guys who maybe aren’t the biggest in size and stature but can continue to get yards after contact. I’m on the smaller side but I’m not easy to bring down.

JM: You had your Pro Day recently. Tell us about some of the results that you put up.

JM: That’s great. Did you meet with any teams afterwards?

DB: Yeah, I had a few conversations. I spoke to the Browns, Broncos, Giants, Jets, Bears and Colts. I spent some time with their scouts and a few coaches as well. I got some good feedback from those guys. I’m excited about it. It was a great day overall.

JM: That’s awesome. Tell me about your road back to recovery. 2015-2017 was littered with injury for you. You really battled back.

DB: It was a tough few years. I suffered a torn ACL in back-to-back years. I didn’t know if I was ever gonna play football again. I trusted my faith and I had a lot of people that helped push me forward. I have a great family and I’m very thankful for that. I couldn’t ask for a better support system. I came back and played a little bit of special teams in 2018. I got some carries and started to work back into the mix of things. 2019 was my senior year and I really stepped it up. I shared the workload 50-50 with our other running back Reggie Corbin who’s also an NFL draft hopeful. Those injuries were tough but I felt like I was built to bounce back from them. I learned how to persevere and to never give up. It really helped me become a better player in the long run.

JM: That’s a terrific story. With you being more of a slasher, what scenario do you prefer: a 75-yard touchdown run, or touching the ball 6+ times on long, TD drive?

DB: I love the long touchdown run (laughs). I had a 72-yard TD run during my junior year. Those are always nice. The offensive linemen love it as well. Those big boys appreciate a quick drive that results in seven and gets them off the field quickly (laughs). My game is all about picking up chunks of yardage and moving the ball down the field. I’m always a threat to break a big one.

DB: Yeah, most likely. I haven’t had a chance to give it a ton of thought. It would be fun to carry that tradition and tribute with me to the next level. We’ll see what happens.

JM: I’ve appreciated your time today. Why should an NFL team give Dre Brown a chance at the next level?

DB: I think I offer a ton of value. I’m a versatile guy. I can run, catch and block. I can play on special teams as well. I’ve played as both a kick returner and I covered kicks as well. In those later rounds, teams tend to look for a versatile guy that can bring a lot to the table. I’m definitely that guy. If they need a guy to come in and play and be on the active roster, I feel like I can provide that for a team right away. I’m gonna continue to develop as a running back. In a year or two, I’ll be able to play as the lead back or even as the second back, a guy that can come in on passing downs. I’m also a high-character guy. I’m always on time and I’m gonna do the right thing. NFL teams are always looking for those kinda guys. They can trust me. The end goal is to win a Super Bowl. That’s my goal for wherever I end up.