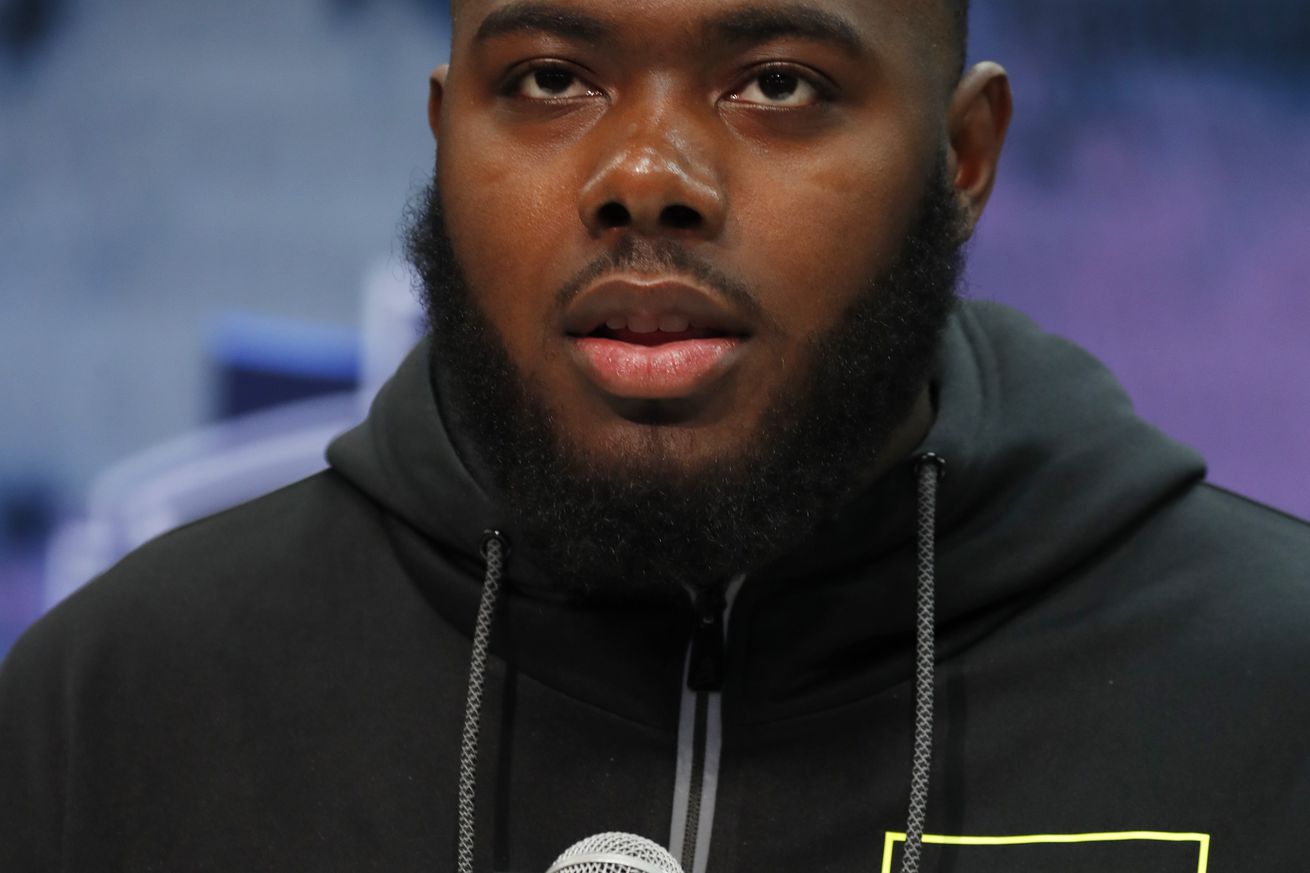 Thomas is an experienced starter that played at an incredibly high level for one of the best programs in the nation on an offense that featured several pro concepts.

Thomas looks like the type of offensive tackle that you would build in a lab if given the opportunity. He has a thick, sturdy frame and he doesn’t carry any “bad” weight anywhere throughout his body. Not that we needed any confirmation, but we finally put a number to his exceptional length when his arms measured in at 36 1/8” at the NFL Scouting Combine. He has vines for arms and is going to really frustrate defensive ends at the next level with that length. Thomas has terrific size for the position and he moves exceptionally well.

He fires off the snap with terrific effort and he uses that length and his clean footwork to stun today’s speedy and bendy edge rushers. It’s over if he gets his hands on you first. He’s very consistent with the timing and landing of his punch. When everything goes right for Thomas, he’s gonna win that rep and there’s nothing you can do about it. It’s that simple.

We’ve talked about his ability to stunt the speedier rushers. Thomas is just as effective when you try to beat him with power. His anchor is more than sturdy to “win” against the power rushers as well. He’s equally as good in the passing game as he is in the run game.

I struggle to find many weaknesses in Thomas’ game to be honest. I talked about his ability to dominate a rep when everything is in sync and going right for him. When he doesn’t get control of the rep from the whistle, his technique and footwork can get a little sloppy, making it difficult for him to recover. He’s a solid, but not elite when asked to climb to the second level.

Yes. The Titans could be in the market for a tackle in the first round in the wake of Jack Conklin’s departure, and Thomas would be a home run long-term replacement. I think it’s unlikely that he’s available at 29th overall, but perhaps the Titans consider trading up if he’s still available in the 18-25 range. I personally feel like Thomas is the “sure bet” tackle in this class while guys like Jedrick Wills Jr., Mekhi Becton and Tristan Wirfs are currently getting more hype and may get drafted before he does. I’m a fan of those guys as well, but it almost feels like that Thomas has been so good for so long that he’s… not fun to talk about anymore? People sometimes get ahead of themselves this time of year. I’m not falling for that old trick. Draft Thomas early and prosper.