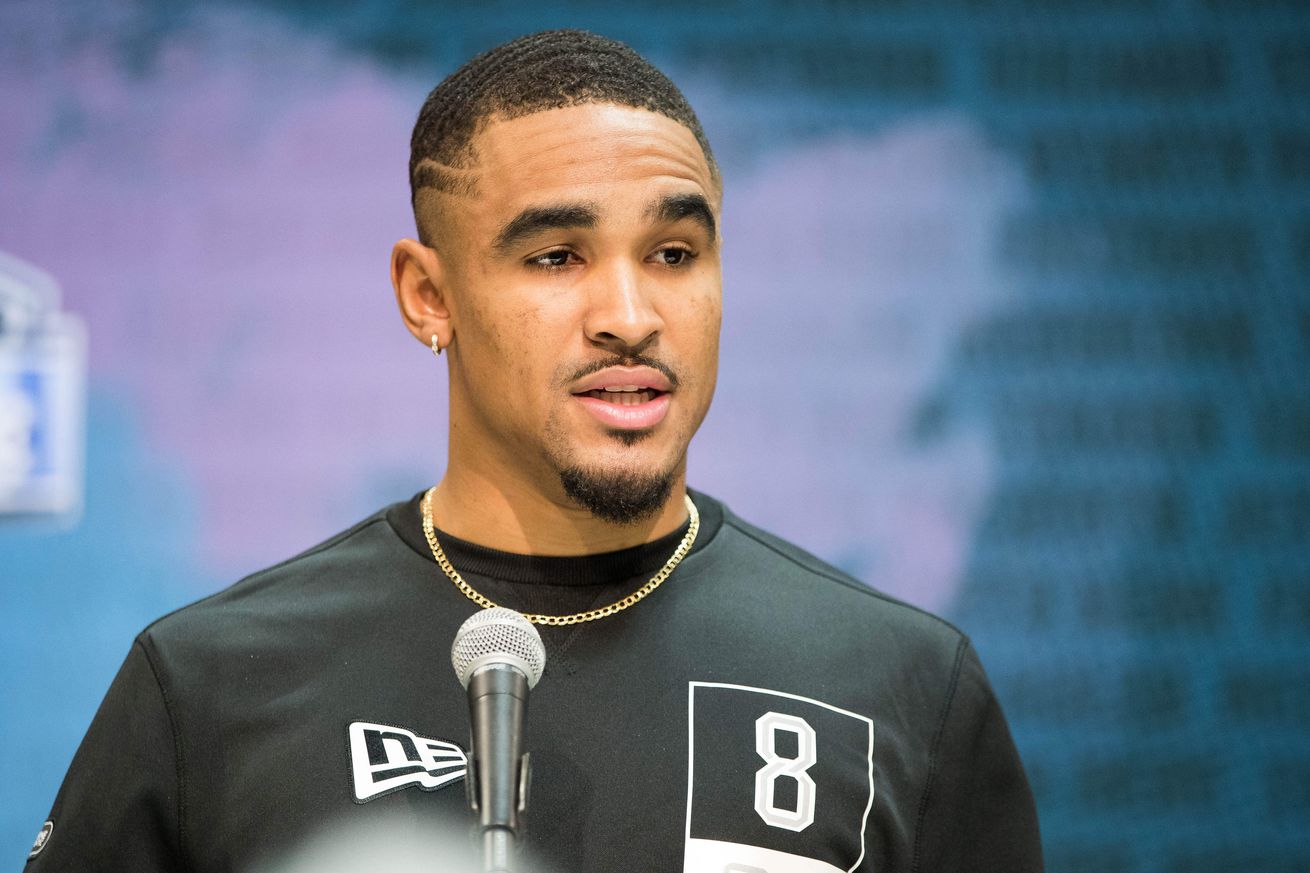 Hurts was one of the most fun quarterbacks to watch in all of college football throughout the 2019 season. His decision to transfer to Oklahoma for his senior season paid off in a major way. He obviously wasn’t going to get on the field at Alabama this year, and the opportunity to work with Lincoln Riley did big things for his development as a legitimate quarterback prospect. Hurts threw for 32 touchdowns in his lone season in Riley’s explosive offense.

Hurts does his best work when he’s allowed to take advantage of his dynamic athletic ability. His future team would be wise to put him in a position to maximize this skill-set by allowing him to use his legs on plays such as designed runs and zone reads. Get him on the move and watch him prosper. The ability to extend plays with your legs and make something happen off script is a trait that can’t be taught, and Hurts has it. While Hurts isn’t the athlete that Lamar Jackson is, an NFL team may be intrigued by placing him in a similar offense to what the Ravens have done with great success. His 40-yard dash time of 4.59 seconds at the NFL Scouting Combine was the fastest among the quarterback group.

It’s not all about the athletic ability with Hurts though. He has some traditional quarterback traits as well. He’s incredibly poised and tough in the pocket. Hurts is willing to hang in there as the pocket collapses around him and deliver a ball while taking a hit. He also has terrific arm strength that was on display throughout the on-field drills at the combine. He also threw the ball with great accuracy in Indianapolis. All in all, Hurts was one of the big winners among his position group. Finally, Hurts is a terrific person and leader by all accounts. He he has an excellent reputation as a teammate from his time at Alabama and then Oklahoma. An NFL team will be proud to employ him at the next level.

Hurts will face questions as a pure passer. Although he’s certainly improved in this department, he’s still far from perfect. As exciting as his ability to extend plays is, he made too many mistakes when doing so. He was guilty of “forcing it” at times, and it lead to more turnovers and ill-advised decisions than you’d like to see. He needs to do a better job keeping his eyes up while trying to extend plays while realizing that a check-down isn’t the worst thing. “Live to fight another down” is a concept he hasn’t fully grasped quite yet. While working with Lincoln Riley was a terrific opportunity for him, some may question if Riley was the true driving force behind his success. Oklahoma runs a quarterback-friendly system that many signal callers have benefited from in recent memory. Hurts was guilty of locking into his first read at times, and struggled when he was forced to come off it. That’s a negative trait that can doom a quarterback at the next level.

I actually think that Hurts poses as an intriguing backup and developmental project for the Titans. It’s very likely that the Titans starting quarterback in 2020 will be a veteran, whether that’s the returning Ryan Tannehill, Tom Brady or somebody else. Drafting a rookie quarterback in the middle rounds to be the new backup makes sense to me, and Hurts fits what the Titans like to do on offense.