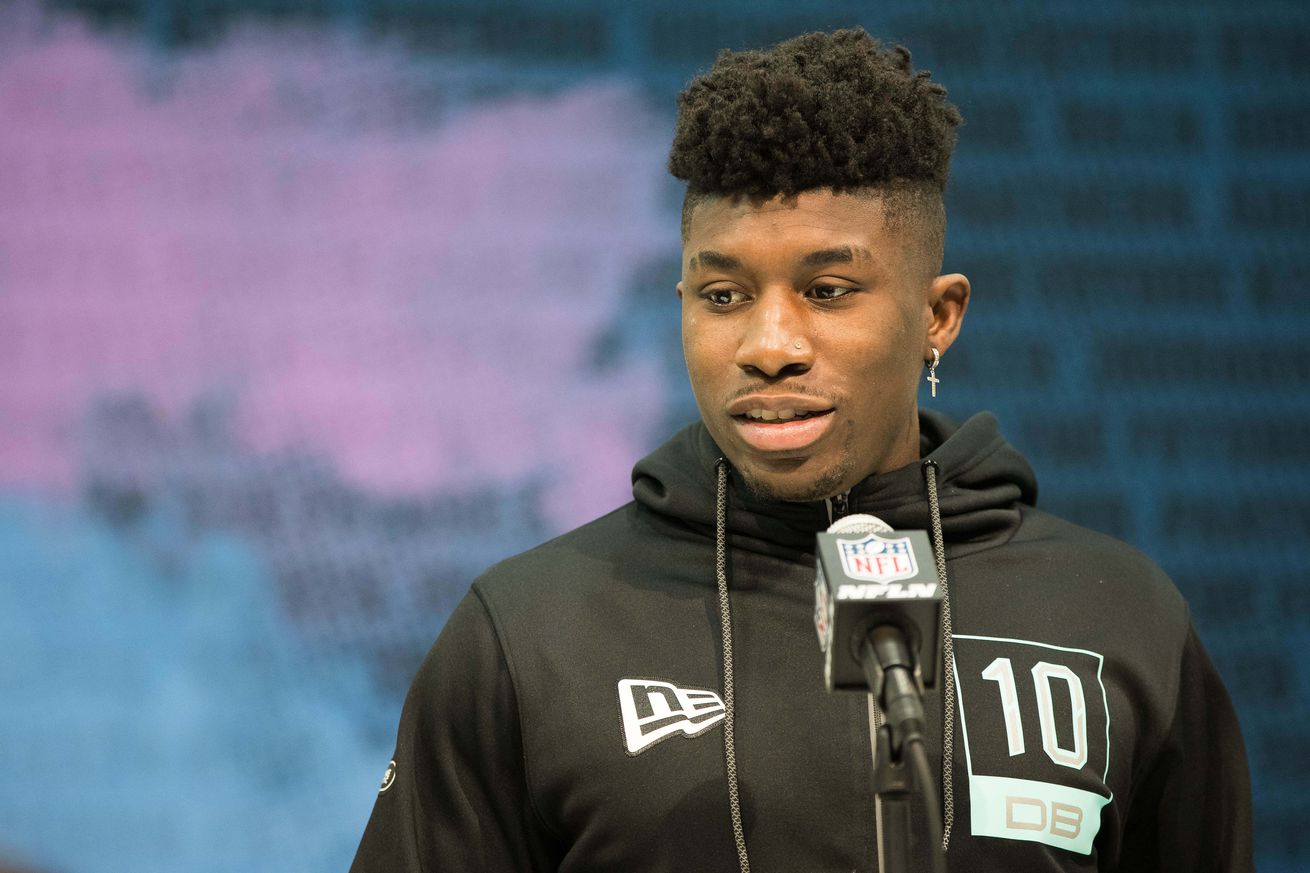 The first thing that jumps out at you when scouting Gladney are his better-than-advertised ball skills. He posted an astounding 26 pass deflections over his past two seasons, many of which were made possible by the footwork speed, better-than-average arm length and his overall ability to stick with his man throughout the completion of their route. Gladney is simply put a smooth operator in coverage. Gladney does a fantastic job attacking the ball at the catch point with an aggressive mindset, and has the production to show for it.

Gladney never takes a play off. His motor remained consistently high all throughout my tape study. You love how feisty and motivated he is as a tackler. Tackling can sometimes be a lost art with today’s collegiate cornerbacks, but Gladney isn’t one of those corners. He routinely flashes the ability to securely wrap-up and finish the tackle, even when tasked with bringing down a receiver, tight end or running back with a clear size advantage over him.

Gladney played in a variety of coverage schemes throughout his time at TCU, but I felt that he did his best work when operating in press-man. His future pro team would be wise to allow him to play plenty of press coverage at the next level. It’s where his impressive footwork, aggressive mindset and overall fluidity are allowed to truly thrive.

You’d like to see more of those pass deflections turn into takeaways at the next level. Takeaways are king at the next level and the aforementioned 26 pass deflections over the past two years were only met with three interceptions. Showing up at 191 pounds at the NFL Scouting Combine was a win for him, because he was previously listed at just 183 and there were times on tape where a bigger wide receiver was able to bully him a little bit. The arm length passes the threshold test, but isn’t truly elite.

Yes. Gladney is an aggressive corner with a proven track record of being able to attack the catch point with great success. Jon Robinson has placed an emphasis on acquiring defensive backs with a history of ball production, and Gladney would certainly fit the mold. He’s a dark-horse to watch when the Titans come on the clock at 29th overall.