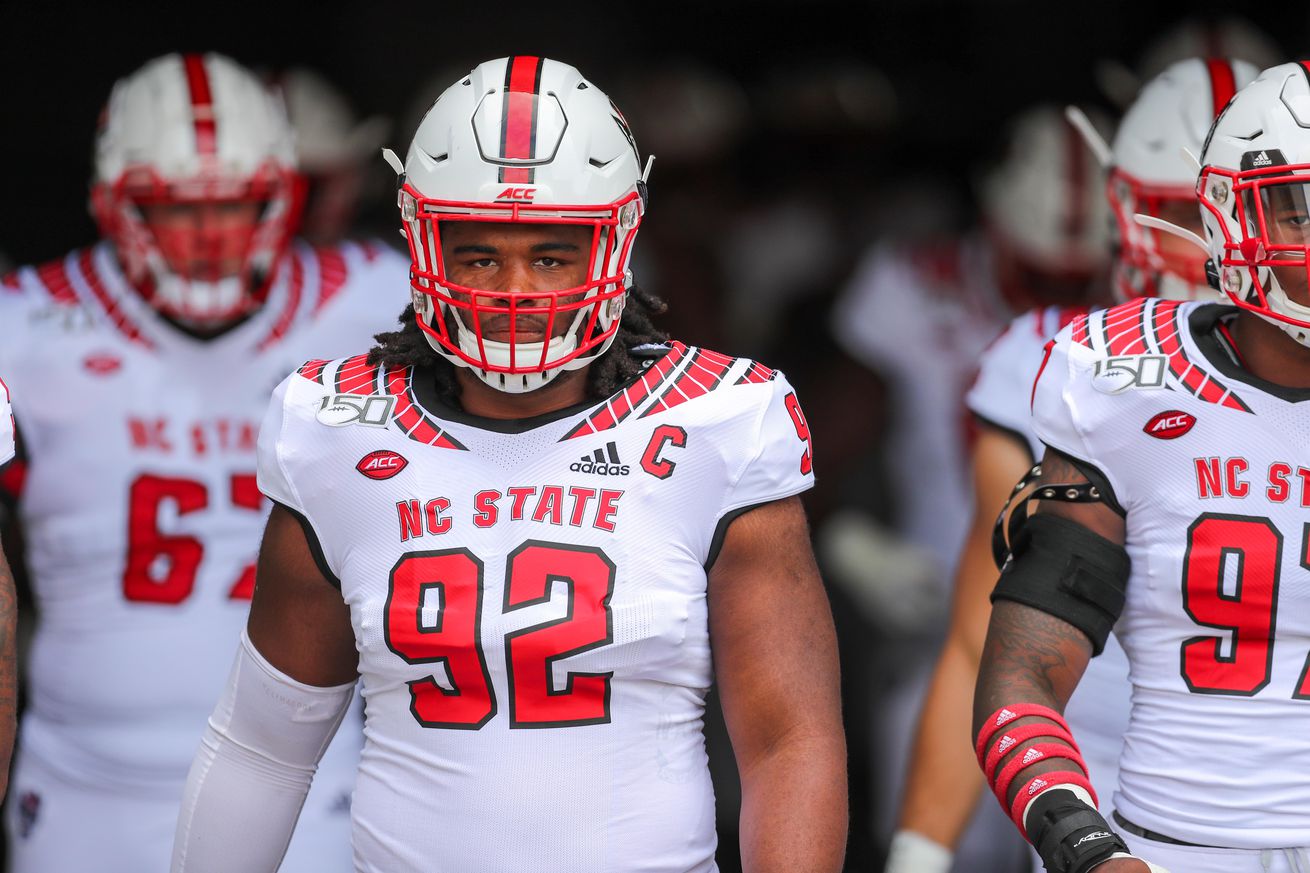 Yet another need filled.

With the 174th overall pick in the 2020 NFL Draft, the Tennessee Titans have selected defensive tackle Larrell Murchison from N.C. State. The move makes a lot of sense after losing both Jurrell Casey and Austin Johnson so far this offseason. General manager Jon Robinson had to add some depth up front on defense, and he’s done it here.

Murchison checks in at 6-2, 297 pounds. The redshirt senior initially took the JUCO route before winding up at N.C. State. In his final season, Murchison put up seven sacks and 48 total tackles.

NFL.com’s Lance Zierlein points out some flaws, but also praises his motor.

It’s hard to get past the tight lower body that restricts his upfield and lateral strides with his feet barely leaving the ground. As the tape rolls on, it’s impossible not to notice his motor and that he’s always around the ball and rarely on the ground.

Robinson now has a trio of 7th round selections to end his draft.