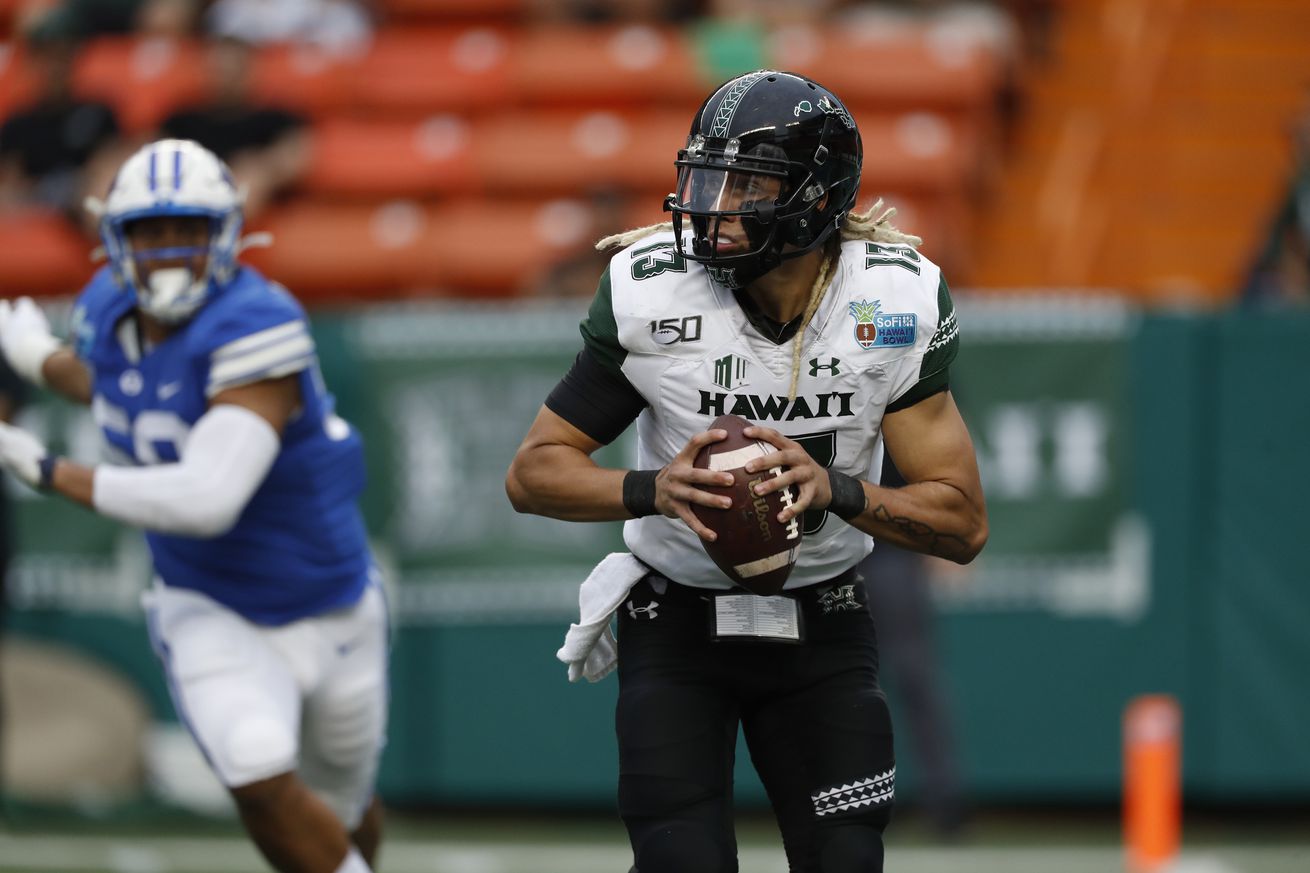 With their first of three picks in the 7th round of the 2020 NFL Draft, the Tennessee Titans have selected quarterback Cole McDonald out of Hawaii.

Tennessee has a need at backup quarterback after the departure of Marcus Mariota to the Raiders in free agency, though it remains to be seen if McDonald can make a legitimate push for that spot. The Titans also have Logan Woodside on the roster, the current favorite to backup Ryan Tannehill.

McDonald completed 63.8 percent of his passes in his final season at Hawaii, throwing for over 4,100 yards and 33 touchdowns. He also tossed 14 interceptions.