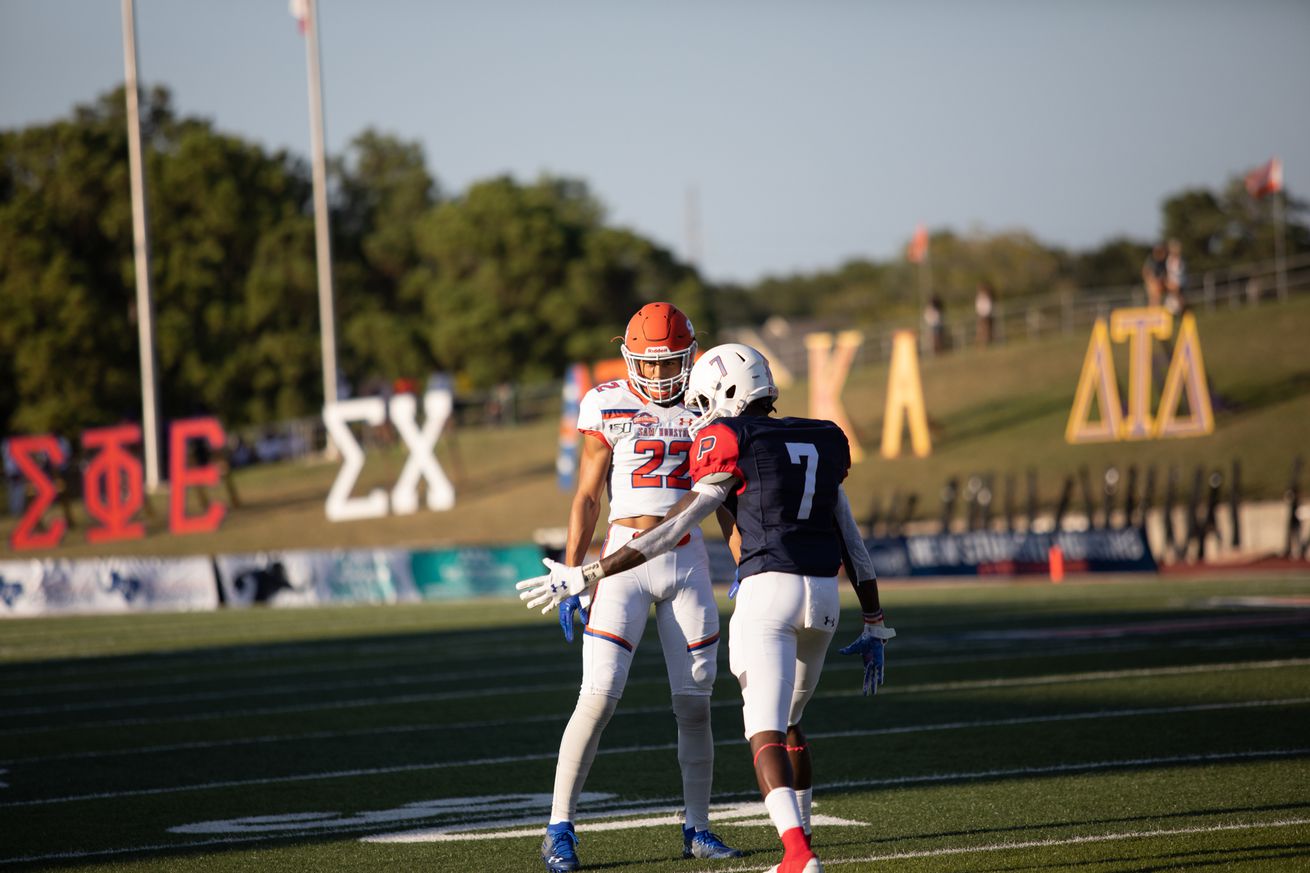 In today’s NFL, versatility is a must from every position on both sides of the ball. The cornerback spot is no exception, and teams are constantly looking for shutdown artists who are comfortable playing on the outside.

That being the case, all 32 NFL franchises should have their collective eyes fixed on Sam Houston State’s Zyon McCollum.

One of the longest corner prospects in the 2021 NFL draft class, McCollum recently spoke exclusively with MCM about why he returned for his senior season, how practice prepares him for gameday, and why a Senior Bowl invite would be the ultimate reward for him.

JM: Tell me about your decision to return for your senior season.

ZM: My goal when I first came in to Sam Houston State was to win a few rings with my teammates. We have a great time here. The bond that I have with my teammates has really grown over the years. Coming back for my senior year was never even a question in my mind. It was a no brainer. I’m back here with my brother for one last year. We’ve put so much work into this. We have big plans for this team. We want to enjoy winning a championship.

JM: That’s a great explanation as to why you returned. How would you define your skill-set and how you play the cornerback position?

ZM: I try to play the game fast and physical. I’m a long, outside cornerback that enjoys using his hands at the line of scrimmage. I have the ability to run with just about any receiver in college football. I try to finish every play. If I do my job, I’m going to make plays. That’s just how it works. I try to capitalize on those opportunities.

JM: What’s your favorite part about playing the position?

ZM: I love playing on that island. As a corner, you’re kinda separated from the box. You’re really on your own out there. I enjoy getting the play-call and going one-v-one with the man across from me. That’s definitely my favorite part of playing the position.

Zyon McCollum with a HUGE forced fumble to keep UIW out of the end zone! #EatEmUpKats

JM: What can you tell me about the scheme Sam Houston State runs on defense?

ZM: We run a lot of man coverage and we mix in some zone every now and then. We live and die on man coverage though. Stopping the run is our main focus on defense. We try to swarm to the ball. We play a very competitive style of defense. Everything else will take care of itself.

JM: Who would you say is the best wide receiver you’ve covered up until this point?

ZM: I’ve covered a lot of talented receivers right here at Sam Houston State. I would say the best one I’ve covered was probably Nathan Stewart. I used to go up against him in practice every single day on the outside. He’s incredibly quick and fast. He understands how to use his weight. Davion Davis was another teammate of mine I used to cover in practice every day. He’s a talented, freak type of athlete. Having that strong competition in practice has allowed me to excel and perform even better on game-day. If practice is harder than the game, you’re going to have a pretty good season.

JM: I can respect that. You describe yourself as a long-armed corner. Do you approach a smaller receiver differently than you do a bigger, more physical one?

ZM: I enjoy covering those big receivers. Most of them try to get a little physical with you. When any receiver tries to get physical with me, I try to use that to my advantage to put myself in better positions. When big guys are running routes against me, it’s all about establishing dominance. I know they’re going to try and be more physical than me. They wanna bully corners. I don’t allow that to happen.

Here is look at Zyon McCollum’s second career pick six, the Kats are off to a hot start! #Picksix

JM: I love that answer. I’m sure you saw that Jim Nagy, The Director of the Senior Bowl recently mentioned as being on the 2021 Senior Bowl watch-list. What would that invite mean to you?

ZM: It would mean a ton to me. If I got a chance to go down there and showcase my talent, it would be a huge opportunity for me. It would allow me to play against, and prove myself against some big-time competition. I would welcome that opportunity. It would mean all the work I’ve put in, all the film study and preparation didn’t go unnoticed. I try to be a positive influence on everyone around me.

Small School Saturday is one of the best things on Twitter. Some @TrckFootball high school insights on 2⃣2⃣ players @JimNagy_SB featured in June.

JM: We hope to see you down there in January. I’ve really appreciated your time today, Zyon. In closing, what can Sam Houston State fans expect from Zyon McCollum this season?