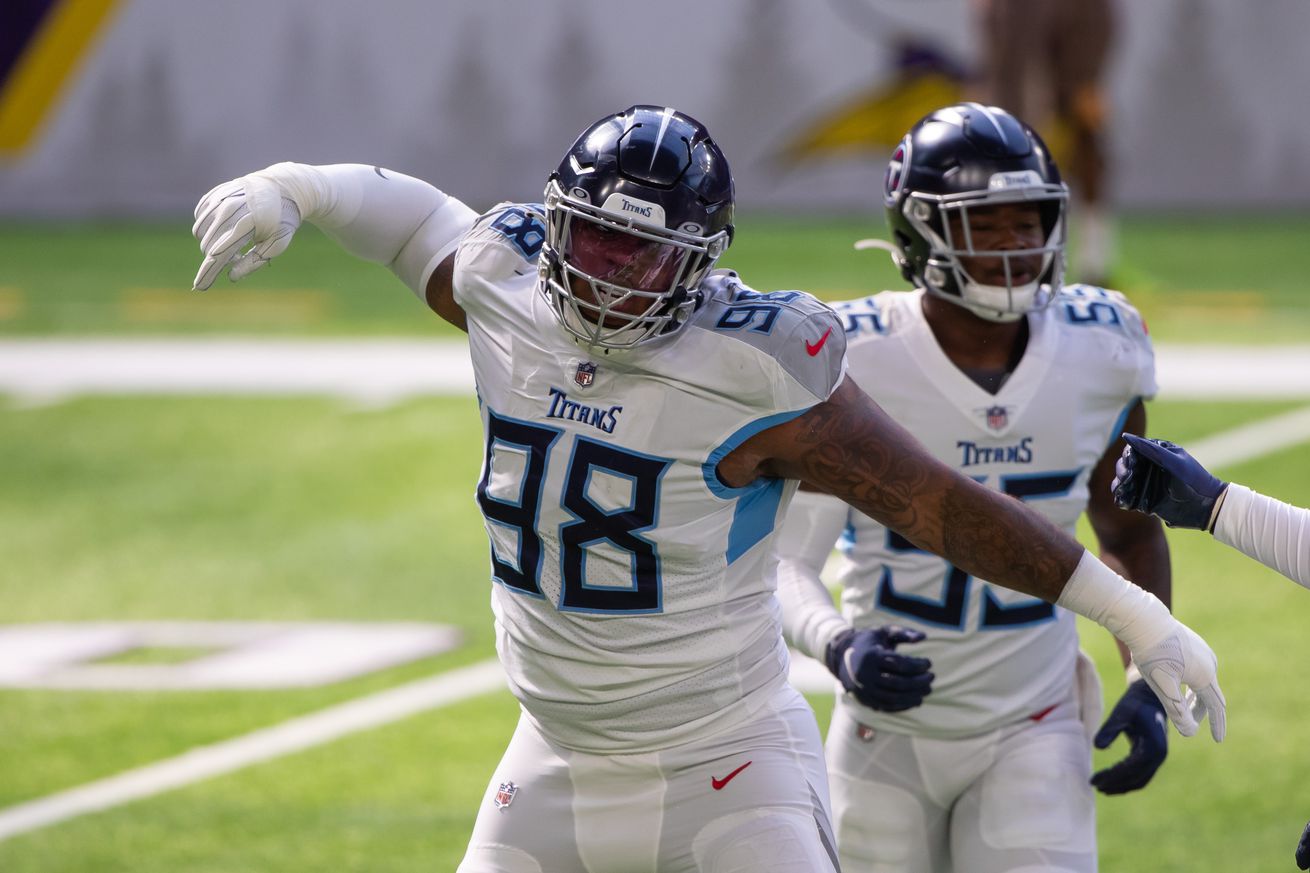 The Titans moved to a perfect 3-0 after yesterday’s win over the Vikings. You’re likely enjoying the undefeated start, but we can all agree that the defense is cause for concern. Vikings running back Dalvin Cook ran for a career-high 181 yards on just 22 carries. His highlight of the day came on a 39-yard scamper where the Titans defense looked really poor in run support.

One bright spot on this Titans defense was Jeffery Simmons. The Titans got a big performance from Simmons. He recorded his first sack of the season and routinely made his presence felt in the backfield. He was credited with an impressive 7 pressures.

Simmons was credited with 7 pressures (1 sack, 3 QB hits, 3 hurries) on just 28 pass rush snaps, tying Aaron Donald and Akiem Hicks for the highest total in the league in Week 3. https://t.co/s5wpGEKSLJ

Those numbers are pure efficiency. It was the type of performance the Titans expect to consistently get from Simmons this season. He’s the best player on their defensive line and an emerging star. The Titans have a ton of faith in him. I thought he played decent in the first two games, but his dominant performance against Minnesota is what I expect to see from him on a weekly basis. He ran a little hot and cold in the first two games.

This defense absolutely struggled yesterday, as they did the week before. There’s no denying that. But if Simmons can keep this up, they should start to turn a corner as an overall unit soon.

There’s no doubt that head coach Mike Vrabel and outside linebackers coach Shane Bowen (who Vrabel confirmed is calling the defense this year) will hit their office today in search for answers on how to improve this defense. They have to find a way to stop the chunk plays. They’re not getting the performances they expect to get from the overall unit. They’ll get an even tougher test in the Steelers in Week 4.

As the staff searches for answers, at least they’ll feel great about what Simmons is giving them.