Upon news breaking of Samuel’s massive three-year, $71.55 million deal ($73.5 million max value with $58.1 million guaranteed), Brown took to Twitter to reiterate that he wasn’t the cause of the divorce with the Titans.

“Basically all 4 of us got the same contract and I’m the only one got traded,” Brown wrote. “Yeah keep believing it was me. Anywho Go Birds.”

The “four of us” Brown is talking about is himself, Samuel, DK Metcalf and Terry McLaurin, all of whom were drafted in 2019 and received extensions this offseason. As Brown notes, he was the only one traded. 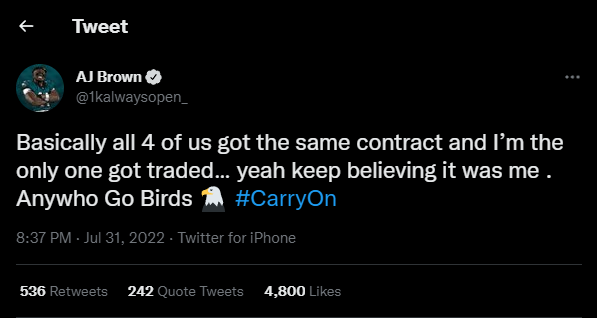 While Brown has said on multiple occasions that it was the Titans’ fault for the two sides ultimately parting ways because of a low offer, reports suggested Brown was the cause.

John Glennon of Sports Illustrated reported back in April that Brown wanted out, and that he was looking for more than $25 million per year and $80 million guaranteed in a new deal, which was more than he got from Philadelphia.

He also reportedly stopped communicating with the Titans weeks before being traded.

In fact, the term “$80 million guaranteed” was apparently thrown around by Brown’s reps, who said he would “not be touching the grass” during the offseason until a new deal was done.

Another report from ESPN’s Dianna Russini echoed those claims.

“I was told he cut off communications with his position coach [Rob Moore] and the rest of the coaching staff,” Russini reported. “After multiple conversations with sources close to Brown and the Titans, Brown wanted guaranteed money close to $80 million. By the way, I was told this was after he requested a trade from the Titans.”

If the above reports are true, Brown very much played a role in his exit from Nashville, but that’s history now. Time for everyone, including Brown, to move on.

Titans training camp: Recaps from the first week of practice 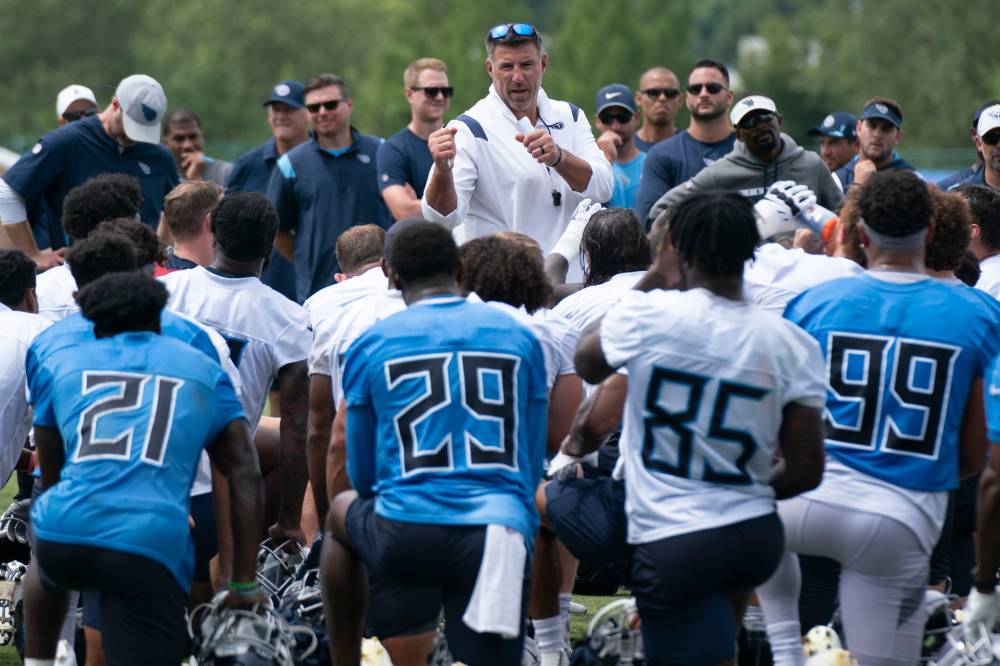