The Indianapolis Colts pulled off a trade with the Philadelphia Eagles for quarterback Carson Wentz on Thursday in a deal that won’t be made official until the start of the new league year on March 17th.

There has been a lot of poo-pooing of the trade around the football world, and even from the Tennessee Titans community because of Wentz’s well-documented struggles the past few seasons.

As a result, there are many who don’t believe the Colts pose a threat to the Titans’ AFC South crown in 2021. That couldn’t be a worse train of thought, especially after we saw a similar reaction to the Colts signing Philip Rivers last offseason.

Indianapolis proceeded to run even with the Titans in 2020 with Rivers at the helm and only lost out on the division because of a tie-breaker. The Colts beat the Titans in one of two meetings, and did so handily. Of course, the Titans returned the favor later in the season, but you get the point.

The fact of the matter is that the Colts are just as big of a threat with Wentz as they were with Rivers — and I’d argue even more so because Wentz’s current ceiling is higher — and any thought to the contrary is a mistake.

Sure, Wentz hasn’t looked like the same player since tearing his ACL in 2017, however, he’s now in a much better situation in Indy, which should help his confidence from the jump.

First and foremost, the former No. 2 overall pick goes back to playing under head coach Frank Reich, who was also his offensive coordinator in Philly for two seasons, including in 2017 when Wentz was an MVP candidate.

If there’s anyone who can fix Wentz and knows how to put him in a position to succeed, it’s Reich, whose quarterback-friendly offense utilizes short passes to get the ball out quickly and can lean on the ground game.

There’s also a much better supporting cast for Wentz in Indianapolis after the Eagles failed miserably at putting the necessary pieces around him the past few years and dealt with a ton of injuries at key positions, two things that simply aren’t talked about enough.

Wentz will have a far better offensive line no matter who replaces Anthony Castonzo at left tackle, a better run game to take pressure off, and superior targets if the Colts can retain T.Y. Hilton or sign someone of equal or greater skill. Don’t rule out Indy spending a draft pick on the position as well.

Even if Wentz doesn’t return all the way to his previous form (we believe he’ll at least be improved from 2019 and 2020), the Colts are setting up to once again have an elite defense that is capable of overcoming that. Not to mention, it’s a far better group than Tennessee’s as currently constituted.

Granted, the Colts have some decisions to make on key free agents on both sides of the ball, but the Titans have much bigger issues to address on defense and a lot less money to spend than Indianapolis.

According to Over the Cap, the Titans will be a shade over $2 million over the cap if it is set at $180.5 million in 2021, while the Colts will be sitting pretty at $43 million in cap space, even before any cuts and/or restructures.

When you add it all up, there will be far less on Wentz’s shoulders before Indianapolis even makes another move than there was with the depleted group he played with in Philadelphia recently — and it isn’t even close.

Underestimate Wentz and the Colts at your own peril, because those who are could be in for a rude awakening after the regular season plays out.

Derrick Henry: Another 2K season with no MVP would be disrespectful

NFL raises 2021 salary cap floor; what it means for Titans 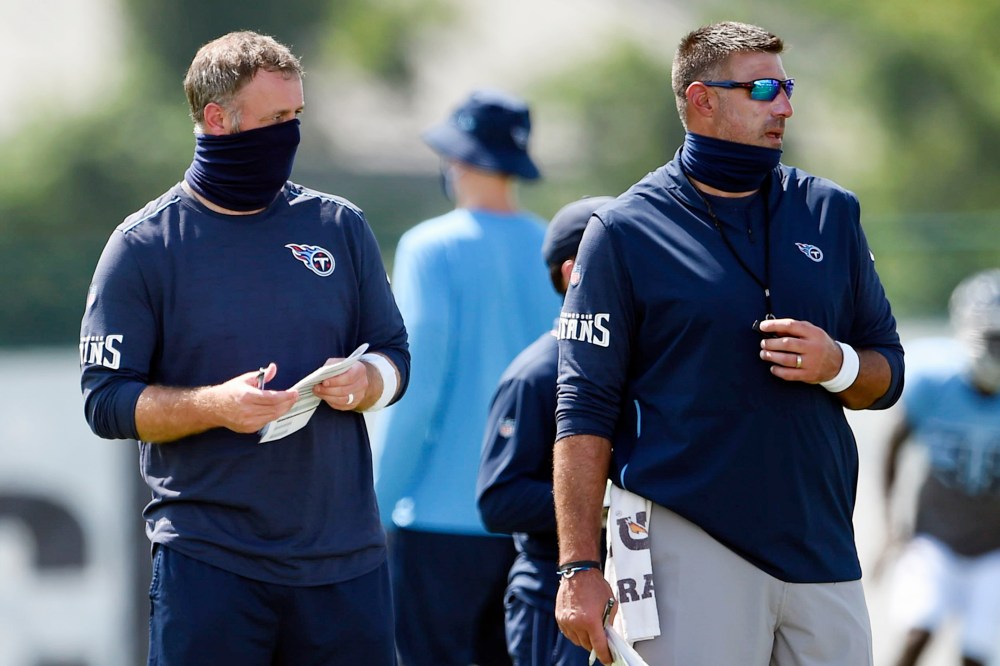