The Chicago Bears are dealing with injury and COVID-19 woes along their offensive line, which will leave them short-handed upfront for the Week 9 contest against the Tennessee Titans.

Already missing left guard James Daniels, who is out for the season with a torn pectoral muscle, the Bears also added right tackle Bobby Massie to IR on Tuesday because of a knee injury.

On top of those moves, it was revealed that tackle Jason Spriggs and right guard Germain Ifedi were both placed on the Reserve/COVID-19 list.

The former tested positive for the virus and the latter was considered a close contact and is in quarantine. Spriggs will be out for Week 9, while Ifedi still has a chance to play.

With starting center Cody Whitehair injured and his status up in the air, Sam Mustipher, who was was filling in for Whitehair, is reportedly dealing with an injury that could force him to miss time.

So, an already struggling Bears offensive line will be without at least two and as many four starters; sound familiar?

In Week 8, the Bengals came into the game with one of the worst offensive lines in the NFL even at full strength and were missing four starters upfront. However, the Titans failed to record a single sack on Cincy’s patchwork offensive line and Joe Burrow was quite comfortable for most of the day.

After what we saw from the Titans’ pass rush last week in a similar situation, it’s hard to envision these issues impacting the Bears all that much, and that speaks volume about how bad Tennessee is at getting to the quarterback.

Tennessee Titans hold tryouts with 4 punters ahead of Week 9

Titans report card: How we graded position groups after Week 8 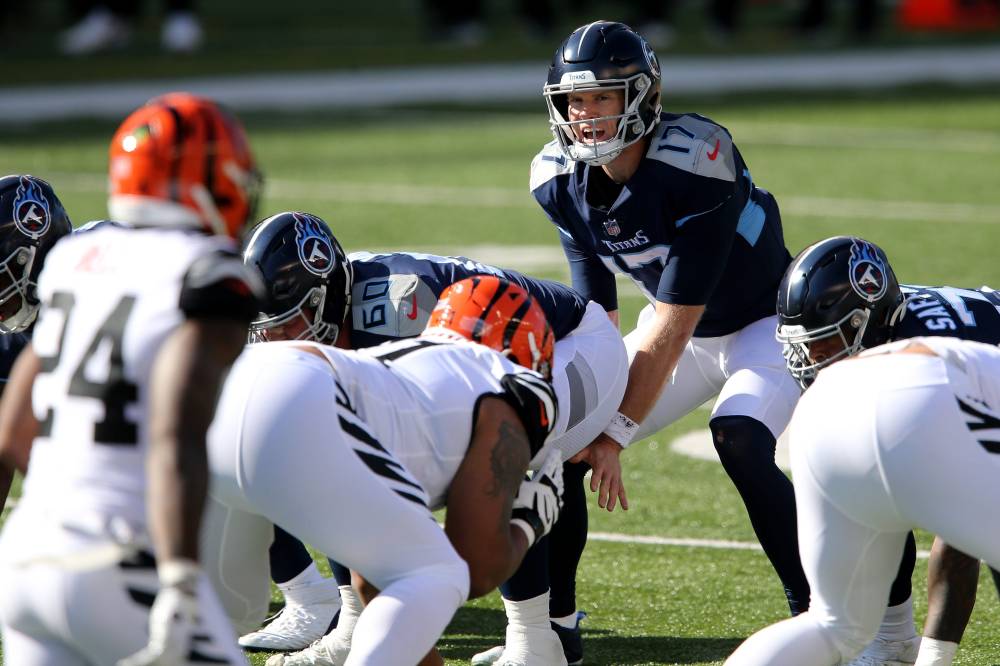