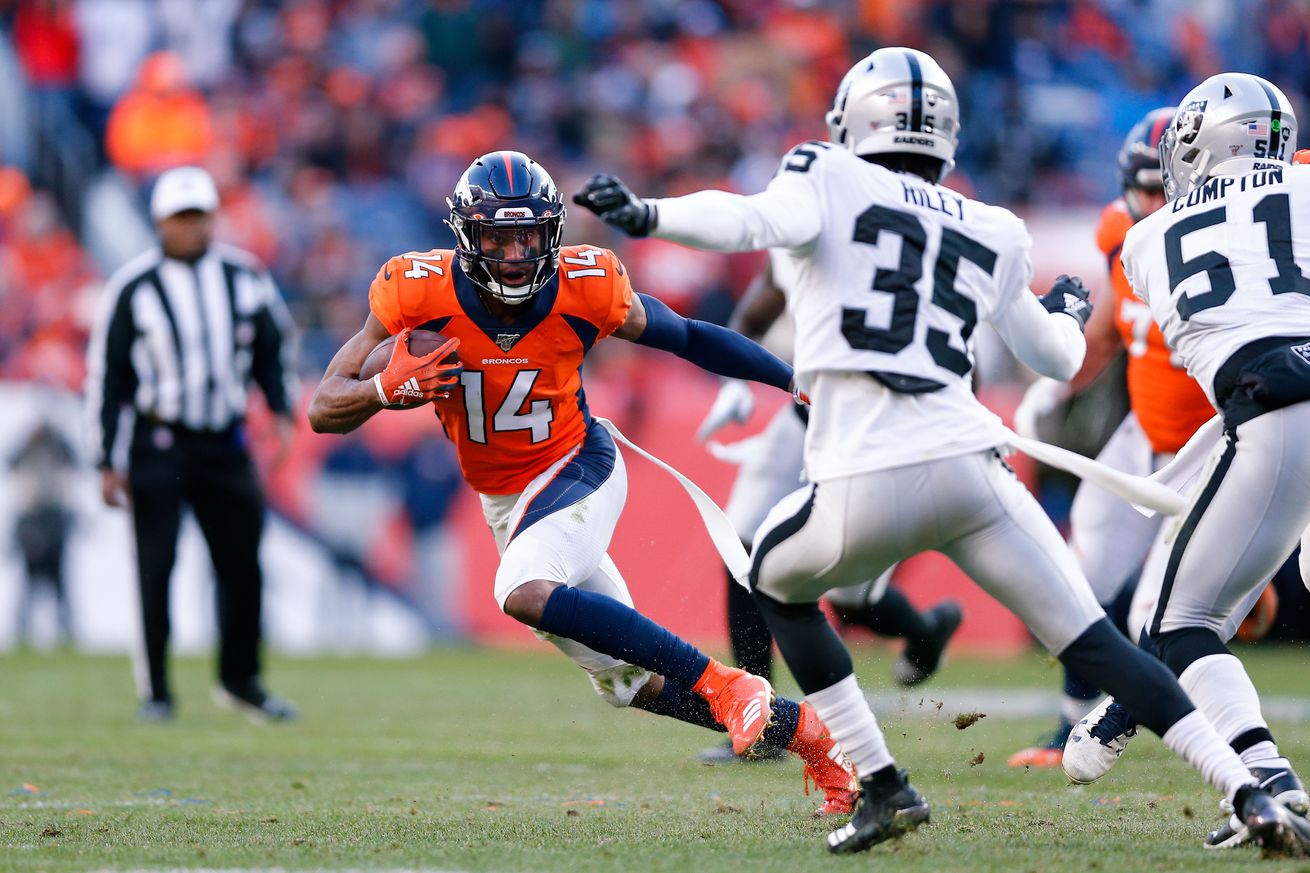 Yesterday we told you that Courtland Sutton left practice early after injuring his shoulder. Adam Schefter later reported that the Broncos WR was undergoing an MRI. Turns out that Sutton has an AC sprain and is “day-to-day.” That is good news for the Broncos who have had a tough week on the injury front.

Sutton had a really nice sophomore year in 2019 with 72 catches for 1,112 yards and 6 touchdowns. It is clear with the moves Denver has made the last couple of years that their plan has been to build a team that can score with the Kansas City Chiefs. This offseason they signed Melvin Gordon and selected Jerry Jeudy in the first round of the draft.

The last time the Titans traveled to Denver the Broncos offense wasn’t the problem. The Titans were shut out that day and looked lifeless on offense. It was the game that prompted the switch from Marcus Mariota to Ryan Tannehill.