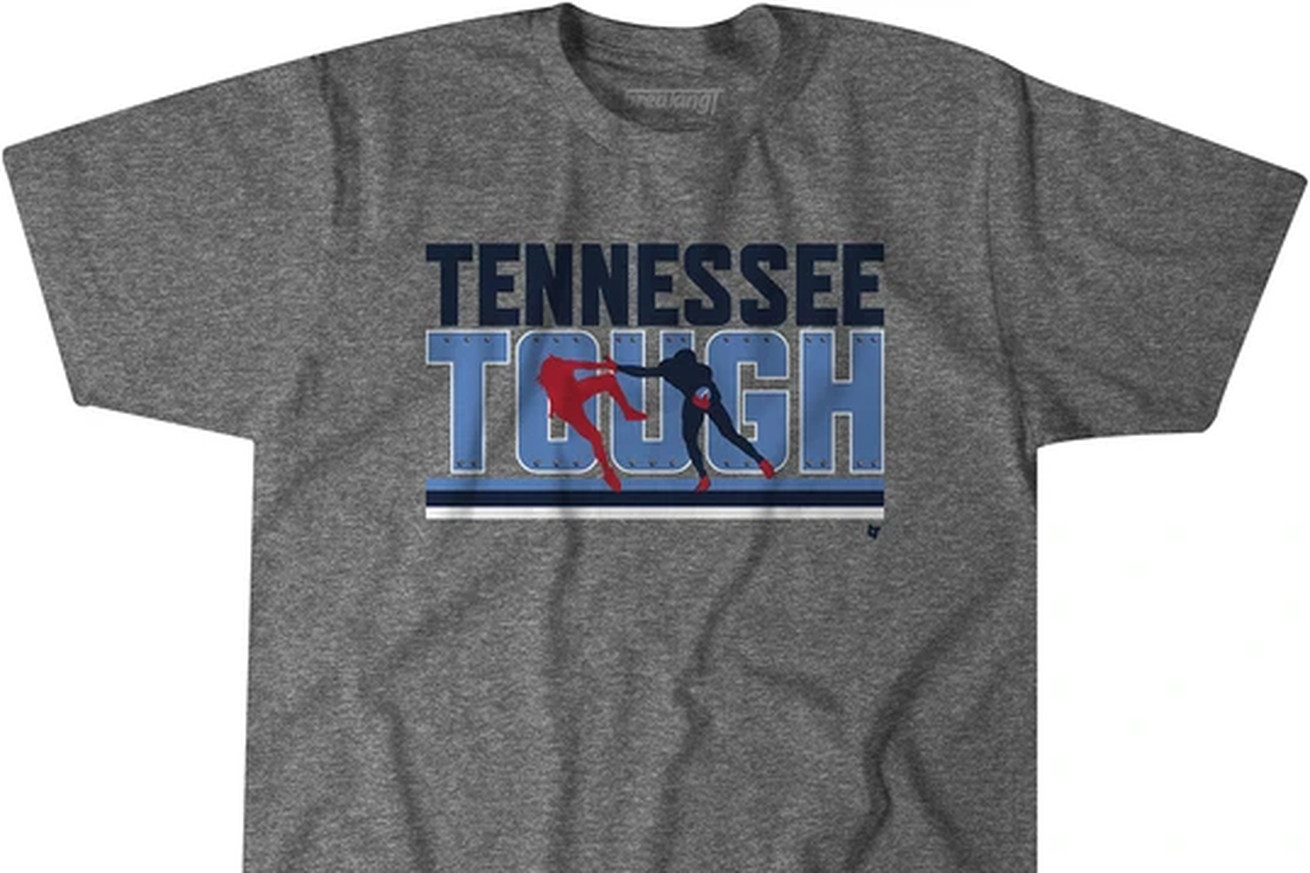 There have been a lot of good Derrick Henry stiff arms over the years. There was the multiple stiff arm effort on the 99-yard touchdown run against the Jaguars. Corey Davis was even afraid he was going to get one that time.

And who can forget last year when Henry turned Earl Thomas into his lead blocker? That apparently broke Thomas and sent him into a crazy downward spiral.

That means you have to wonder what is going to happen to Josh Norman. He took the most violent of all of the Henry stiff arms last night. Norman should have just retired at halftime. He wouldn’t be the first Bills player to do that, you know.

Anyway, our friends over at BreakingT have put out a shirt to commemorate the event and it’s pretty sweet. My only beef is that they should have added more height on Norman’s flight! You can get it here.