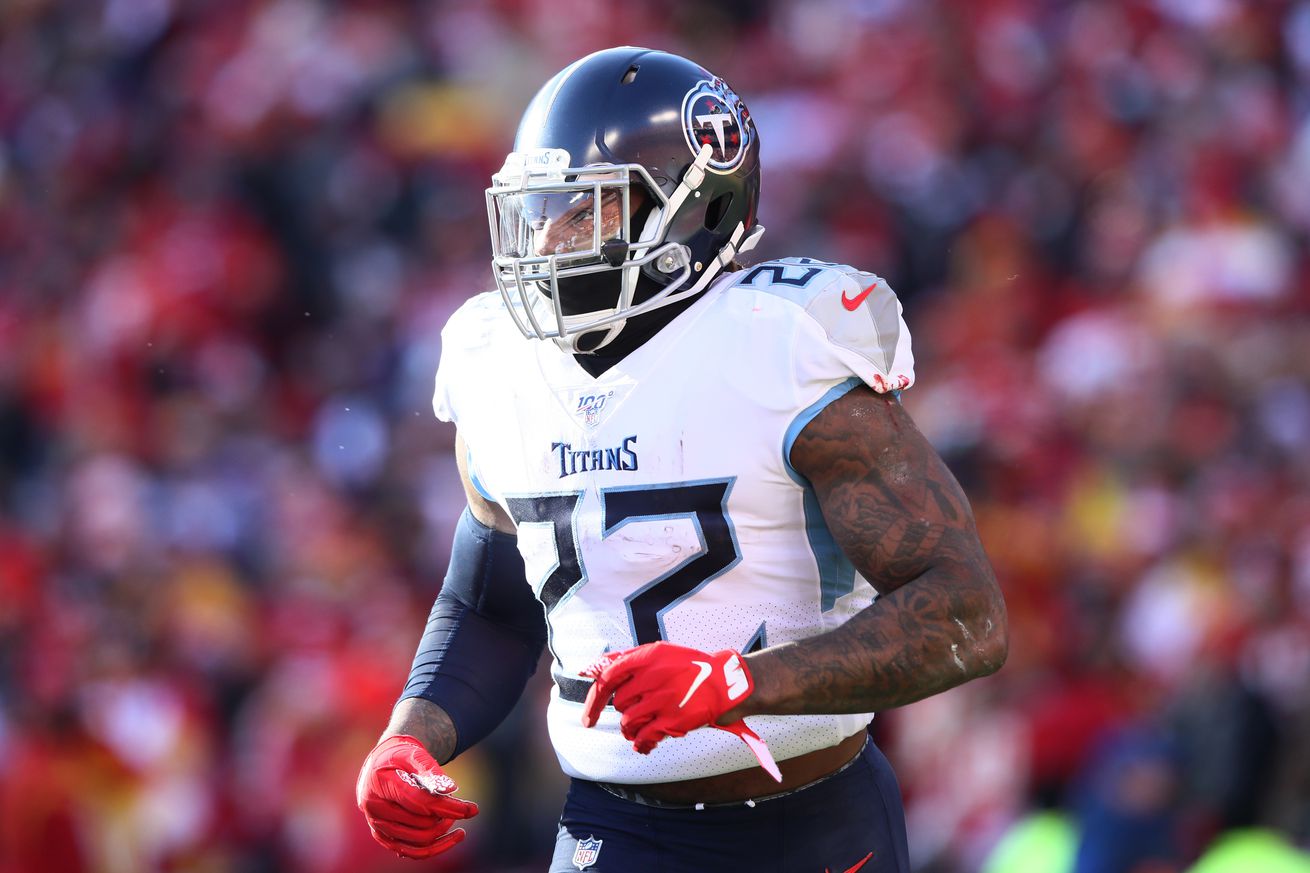 Very good news for the Titans.

ESPN’s Adam Schefter and Dianna Russini are reporting that Derrick Henry has signed his franchise tender today and that he and the team are committed to working towards a long term deal.

Titans’ RB Derrick Henry signed his $10.2 million franchise tender today, per @diannaESPN and me. Two sides are still committed to working for a long-term extension before July 15.

That’s relatively big news for those that were concerned about the franchise tag creating friction between the NFL’s reigning rushing champ and the team. This guarantees that there will be no protracted holdout this summer and fans don’t have to sweat it out as the months drag on.

This is a good faith showing from Henry and demonstrates a high level of trust in the team and their commitment to getting something worked out with him. His $10.2 million tag number is also his 2020 salary cap hit as things stand right now. If the two sides are, in fact, able to come to agreement on a long term deal, Henry’s cap charge for this coming season will likely go down, freeing up more room for the Titans to make additions.

Even if the deal winds up being something like three years, $45 million — which I think is on the extreme high end of the range — the team could structure it in a way that keeps Henry’s cap hit under $10 million in year one with higher hits in years two and three, when the salary cap is expected to make huge jumps thanks to the new CBA and soon-to-be-negotiated new TV contracts.

The downside to a long term deal from a Titans standpoint is the risk of future decline. Running backs with high volume usage, like Henry had with over 400 touches in 2019, often see a decline in production the following year.

However, there is some reason to believe that Henry could prove to be the exception, not the rule. His physical stature, absurd training regimen, and relatively clean injury history makes him unique among backs his age. Henry almost never takes big hits, and given the fact that defenders have been trying to hit him low for his entire life as a football player, he’s become very good at protecting his legs when guys shoot low.

It will be interesting to see what kind of deal Jon Robinson is able to come up with. I certainly get the sense that Henry is going to end up getting taken care of at the end of the day based on Robinson’s comments yesterday and Henry signing the tag tender this early.