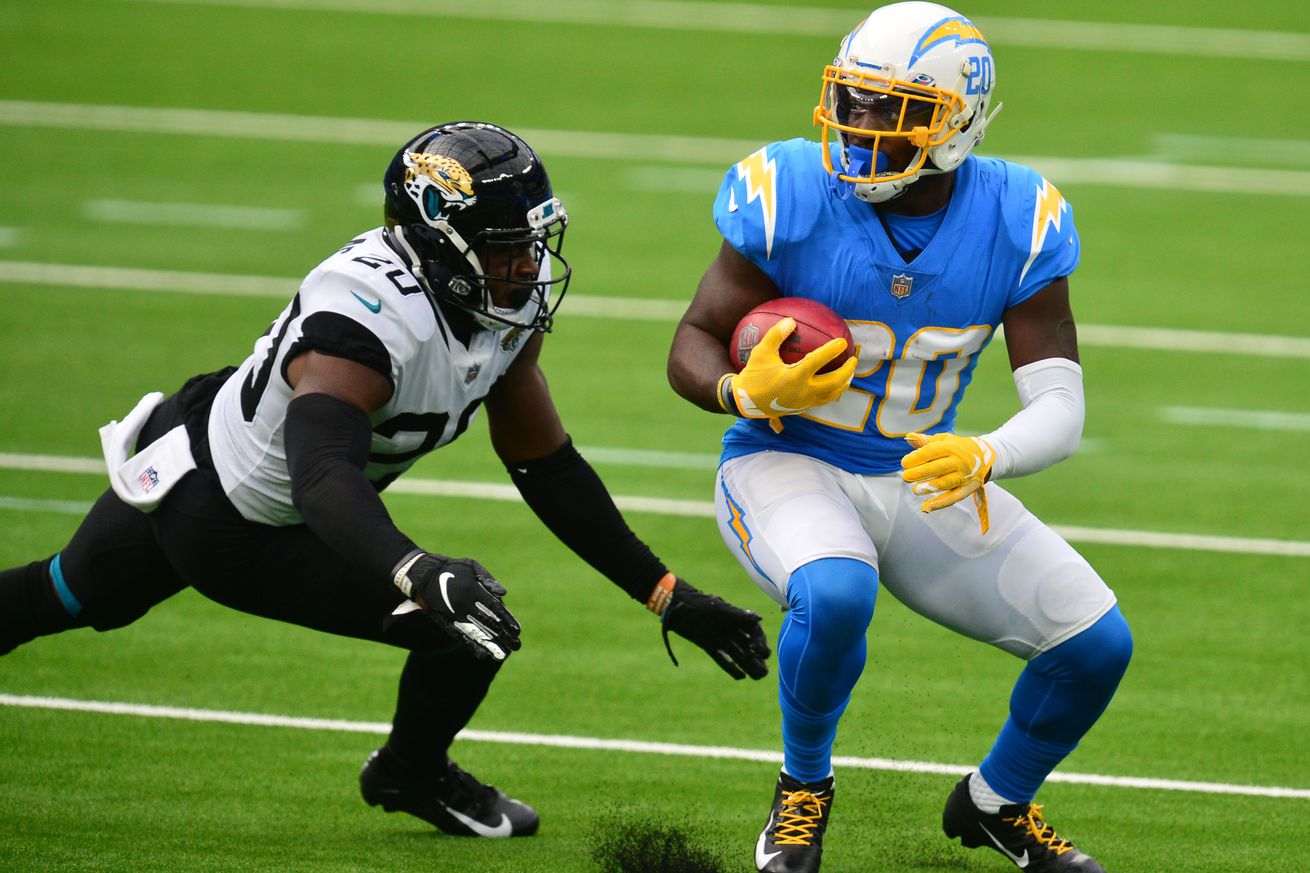 It appears as if Titans cornerback Desmond King may be ready to make his debut on Sunday according to his own social media:

This looking promising in regards to his chances of being active against the Bears this weekend. We all know how bad this passing defense is. The cornerback group has been especially terrible so far. King isn’t going to fix all of their problems, but getting their new man on the field should provide a pretty big boost to a group that needs one. There’s a reason Jon Robinson went out and traded for him.

It’s worth noting that nothing is official here, and the Titans’ brass has been hesitant to confirm whether or not King is ready to play:

.@Titans OLB coach Shane Bowen on DB Desmond King and whether he can play on Sunday: Ultimately it’s really what he can pick up on. He’s doing virtual meetings. We’re excited to have him. He’s going to be a good addition for us

I would expect that answer from the team though. King sounds a lot more optimistic about his chances of being active this weekend.

As for Adoree Jackson, there’s nothing new to report as of now. The Titans certainly hope to have him active this weekend as well. This defense needs all the talented bodies it can get, even against the Bears and their anemic passing attack.

Speaking of the Bears, they’re dealing with a COVID-19 outbreak currently. Hopefully everyone is healthy and the game can be played on Sunday as scheduled.