The list of celebrity Tennessee Titans fans just got a little bigger, as singer-songwriter Ed Sheeran revealed he’s a fan of the team.

Sheeran was a guest on NBC’s “Today” and revealed that he’s performing at the 2021 NFL Kickoff Experience ahead of the season opener between the Tampa Bay Buccaneers and Dallas Cowboys on Sept. 9.

“Yeah, my announcement is, I am playing the NFL Kickoff in Tampa Bay on Sept. 9,” he shared. “And yeah, I’m really excited. First time I’ve done anything really musically for the NFL, and I’m a big fan.”

When Sheeran first moved to the United States in 2013, Nashville was his landing spot. After arriving, Sheeran went to Walmart to buy pajamas and picked Titans ones — and the rest, as they say, is history.

“I came over to America properly and moved here in 2013, moved to Nashville,” Sheeran explained. “I went to Walmart and I bought some pajamas. I just went and bought pajamas … and I was like, ‘What’s this symbol?’ I found out the symbol was the Tennessee Titans, and I’ve been a Titans fan ever since.”

Ed Sheeran (@edsheeran) tells the story of how he became a #Titans fan.

Who are some of the Titans’ most famous fans? 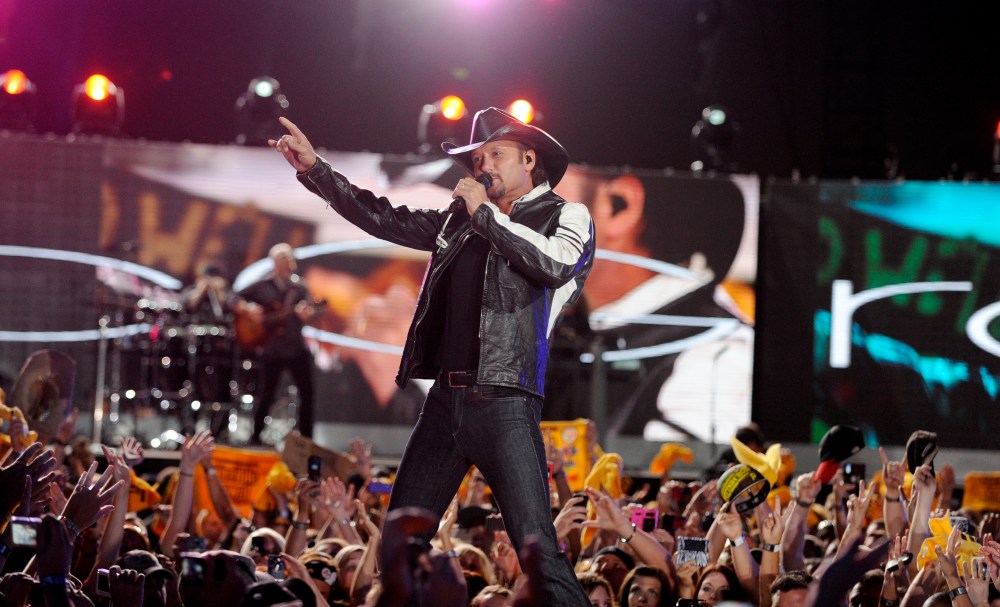