If the Tennessee Titans had their pick of the lot of players from the Minnesota Vikings’ roster, taking a wide receiver would be the prudent move considering both the Titans’ current and future situation.

With No. 1 wide receiver A.J. Brown injured, the Titans don’t have a lot of experience or depth in the room aside from Corey Davis and Adam Humphries and could use some help on the outside.

The first Vikings wideout that immediately comes to mind is veteran Adam Thielen, who could certainly play on the boundary. However, he’s really most effective in the slot, a spot the Titans already have covered with Humphries.

Former Titan Tajae Sharpe is another possibility. He’d be a much-needed depth piece for Tennessee and would fit in seamlessly, as he’s already familiar with offensive coordinator Arthur Smith’s offense.

But if we’re looking at plugging a hole right now and looking to the future, the best choice would be rookie wideout, Justin Jefferson.

The rookie out of LSU was taken by the Vikings with the No. 22 overall pick in the 2020 NFL Draft and has seen a decent start to his career thus far. He has hauled in five catches on six targets for 70 yards.

The 6-foot-1, 221-pound receiver could provide size, speed (4.43 40 time) and depth the Titans need at the position right now, and could be a relatively cheap, long-term solution to replace Davis, who will be a free agent in 2021.

Combined with Brown, the Titans would have quite the formidable and versatile duo at wide receiver for many years to come if they were to steal Jefferson.

Stock up, down after Titans’ Week 2 win over Jaguars 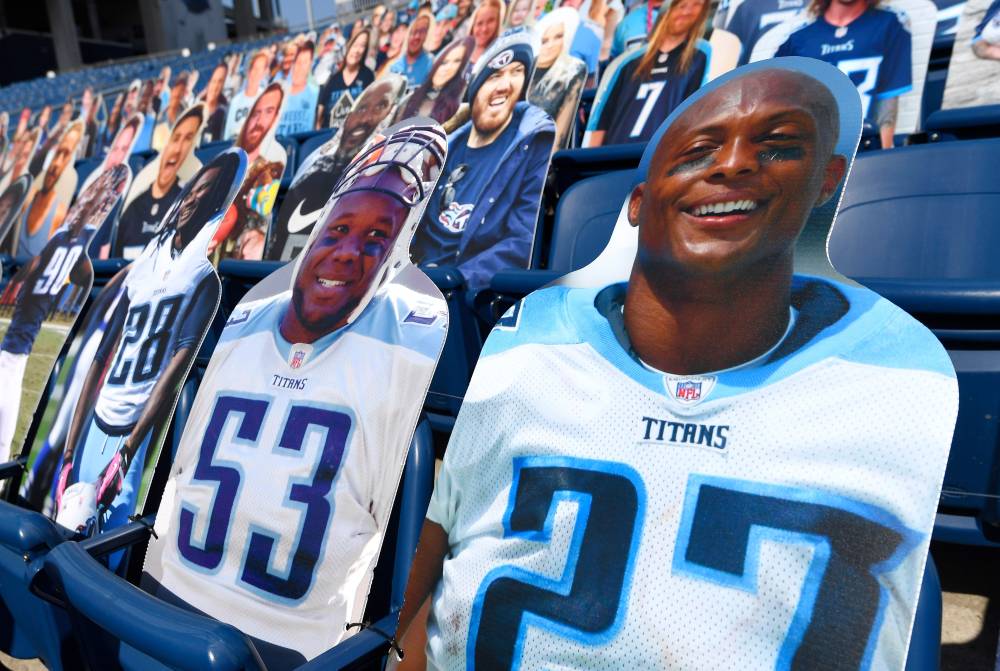