Going into this offseason, the Tennessee Titans had to land one of the big fish in the pass rusher market in free agency, and they did so by bringing outside linebacker Bud Dupree to Nashville.

Dupree is getting a deal for five years that is worth $82.5 million (up to a max of $85 million), with $35 million guaranteed, according to NFL Network’s Ian Rapoport.

As far as EDGE contracts handed out this offseason are concerned, that is the second-biggest deal, with Tampa Bay Buccaneers pass rusher Shaquil Barrett being the only one to get more. Clearly the Titans aren’t messing around.

While we don’t have the exact yearly breakdown of the contract as of yet, we’re going to go ahead and assume the first-year cap hit is a reasonable one since that seems to be the trend for many new contracts given out in 2021.

Adding to that, with only $35 million in guaranteed money, chances are the Titans will have an out in the deal after two or three years, so there isn’t a crazy, long-term commitment here.

Furthermore, lining up opposite Harold Landry will create a formidable tandem of edge rushers and help take pressure off the Boston College product, unleashing him to put up the kind of numbers we expect.

When we think Dupree, we think pass rusher, but he has also excelled as a run-stopper and provides respectable skill when dropping into coverage. When the Steelers lost inside linebacker Devin Bush to injury in 2020, Dupree even helped out a bit up the middle against the run.

This deal doesn’t come without some risk, though. It’s hard not to point out that the Titans are shelling out an annual average of $16.5 million for a player who is coming off a torn ACL.

There’s always a chance Dupree doesn’t return to form in his first season removed from the injury, which would be problematic for a team like the Titans that needs an immediate impact and has a track record of striking out on edge rushers.

There have also been doubts about the legitimacy of his past production after playing with a star-studded cast during his time with the Pittsburgh Steelers. Pro Football Focus goes into detail about this:

PFF has been lower on Dupree than the consensus over his past several seasons in Pittsburgh. He did earn a career-high 77.7 PFF grade back in 2019, but he has failed to top a 62.6 overall grade in any other campaign during his six-year career. The two things you don’t have to worry about Dupree bringing to the table are athleticism and motor. That shows up in his league-high 37 cleanup pressures over the past two seasons despite him missing time in 2020 due to injury.

Still, Dupree hasn’t shown the ability to win at a high level in one-on-one pass-rushing situations. He was helped immensely by T.J. Watt, Cameron Heyward and Stephon Tuitt, each of whom drew attention and flushed quarterbacks from the pocket to create additional opportunities for Dupree to pile up sack and pressure numbers. He likely won’t see a similar situation in Tennessee.

The good news for the Titans on both of those fronts is that Dupree expects to be ready by training camp, and he’ll have a stellar cast of characters around him in Nashville, with Landry, Jeffery Simmons and newly-signed Denico Autry in the front seven.

While he comes with risk and there might have been a few other pass rushers we preferred over Dupree (Carl Lawson, who came a bit cheaper, being one of them), general manager Jon Robinson still landed a top free agent at a major position of need. 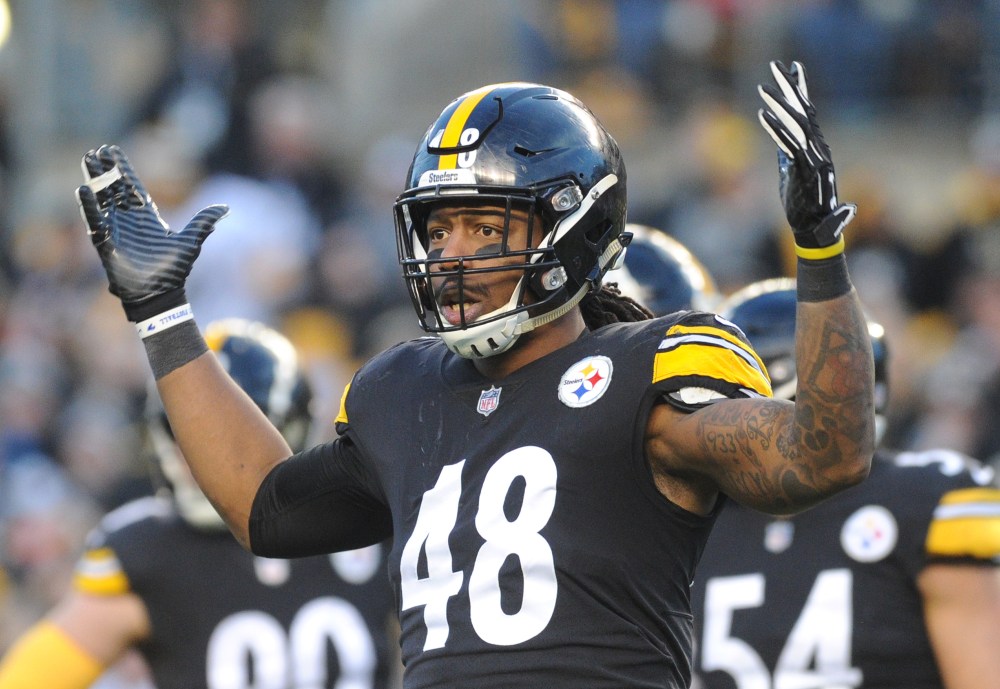