The pregame spat between the Tennessee Titans and Baltimore Ravens added even more intrigue to an already interesting matchup, but until now we didn’t know what was actually said on the field.

It all started when Titans players congregated at midfield on the Ravens’ logo, which prompted Baltimore head coach John Harbaugh to confront Tennessee’s players, sparking a shouting match.

Unfortunately, we still don’t have audio of that, but I’d imagine it would be too naughty to share.

Once Harbaugh was done with the players, he also got into a heated conversation with Titans head coach, Mike Vrabel.

And thanks to NFL Films and NFL Network’s Andrew Siciliano, we got to hear what was said between the two head coaches. Based on the audio and Siciliano’s transcript of the exchange, it’s clear Harbaugh thought what the Titans did was disrespectful.

Here’s a bad copy off the TV. pic.twitter.com/Tx6zcw2yfP

To be clear, this is something the Titans regularly do, so gathering at the logo isn’t exclusive to facing the Ravens.

After the game, it appeared that Harbaugh refused to shake Vrabel’s hand, although both coaches have denied that was the case.

Still, you can see why Harbaugh would be salty enough to do that after the game, as not only did his team lose, but Vrabel immediately dismissed Harbaugh’s complaint in the pregame exchange. 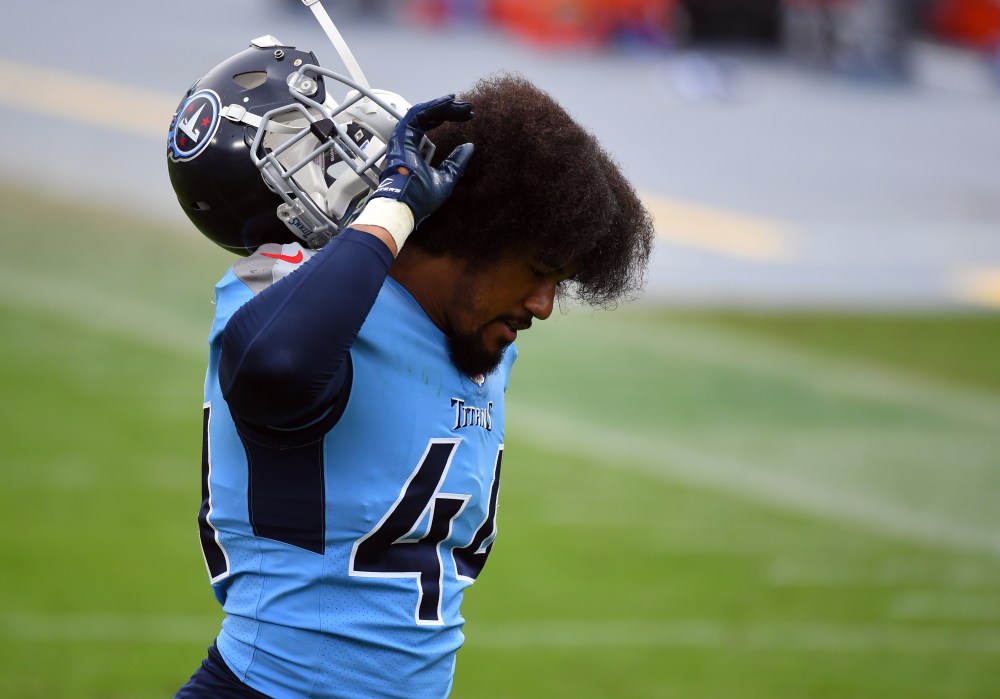