Cornerback Jackrabbit Jenkins was one-and-done with the Tennessee Titans after the team released him earlier this offseason following his lone year in Nashville.

Jenkins’ Titans tenure got off to a bad start, and while he wasn’t exactly great the rest of the way, he did post respectable numbers in coverage overall. But Jenkins was especially good in one area: press coverage.

According to Pro Football Focus’ Conor McQuiston, Jenkins was the third-best cornerback in press coverage in 2021.

Jenkins is currently not with an NFL team, and the market is unclear for the 33-year-old, who disappointed in 2021 in the eyes of some Titans writers. However, even with his future unclear after a rocky season, Jenkins still managed to be one of the more impressive press coverage cornerbacks in the league with significant volume.

Of the 10 cornerbacks in the rankings, Jenkins had the best PFF grade of the bunch in press coverage (90.3) and was tied for the second-fewest yards allowed with 17. He also broke up five of the 10 passes thrown his way.

Jenkins was a cap casualty of the Titans, which was fully expected with the team looking to transition to 2021 first-round pick Caleb Farley in 2022.

Jenkins, 33, remains a free agent nearly a month out from training camps beginning in late July, but it’s hard to imagine he’ll be without a home for much longer, assuming he plans on playing this upcoming season. 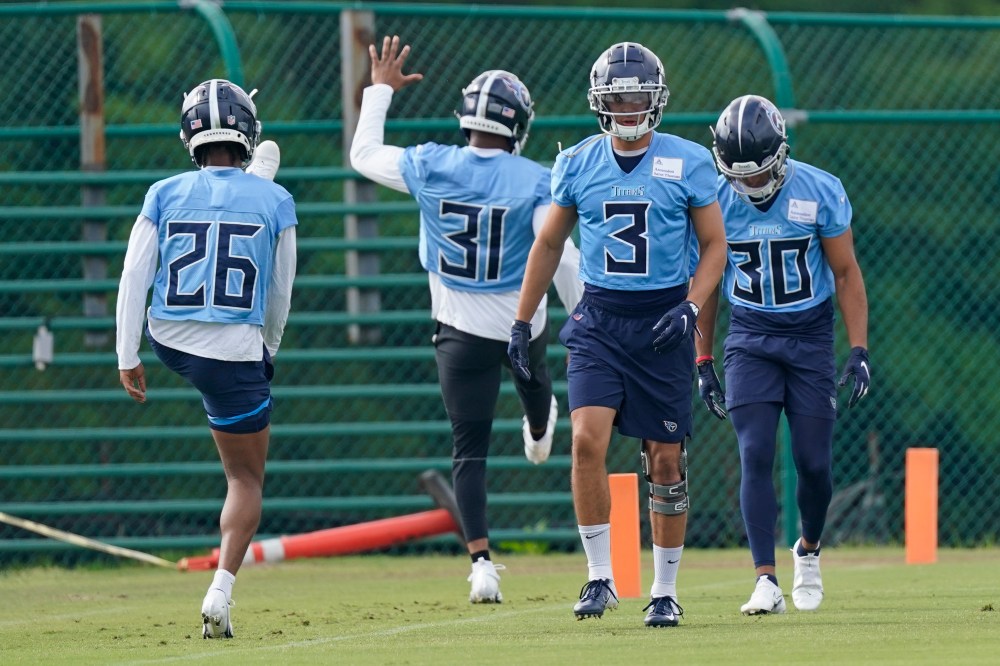