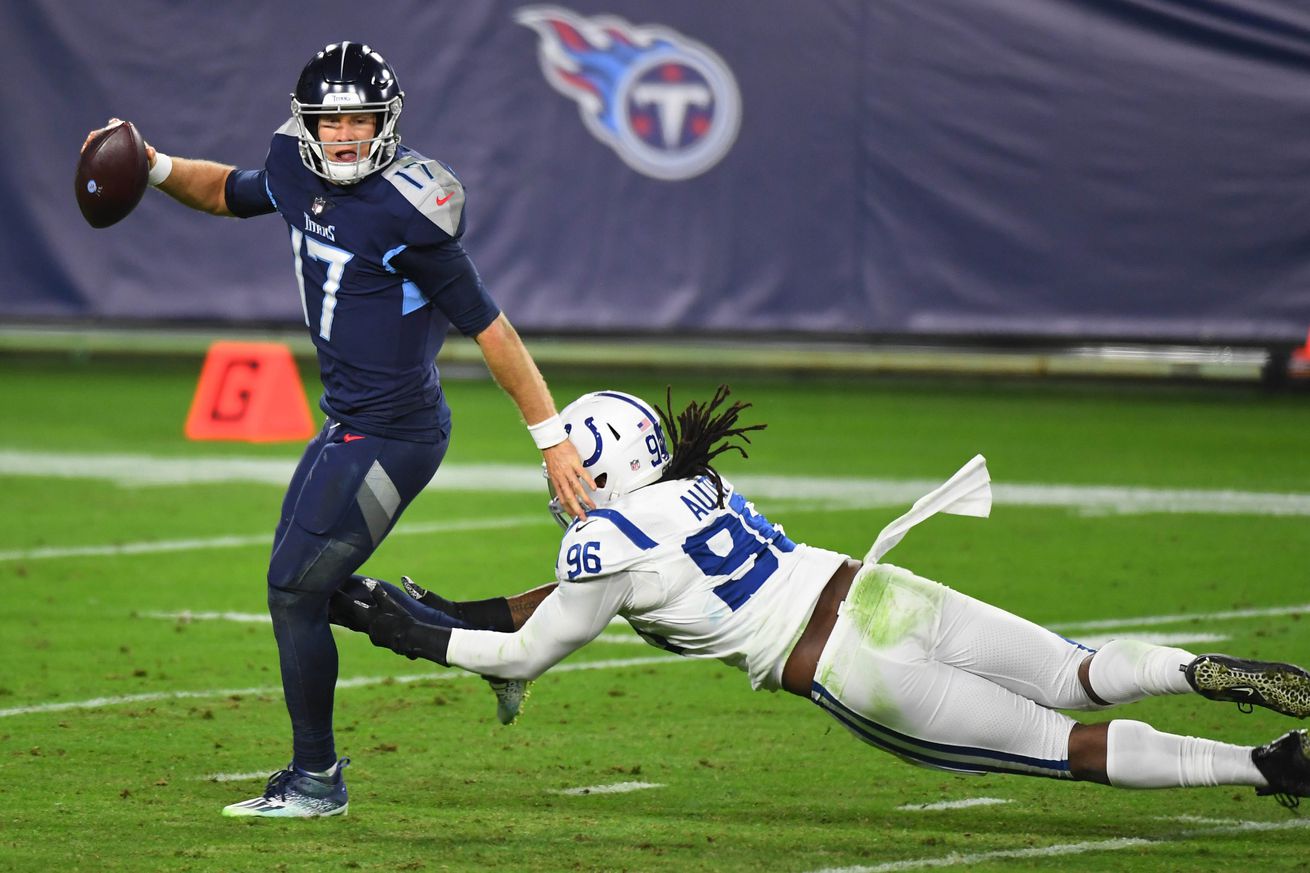 An ugly second half.

A showdown in the AFC South lived up to the hype in the first half. The Tennessee Titans struck first with a quick drive and a score, but Phillip Rivers and the Colts were quick to answer.

A 10-10 tie was broken in the second quarter by Jonnu Smith, who scored on a jet sweep rushing attempt from the goal line, but Rivers was able to put something together before halftime to cut the lead down to 17-13.

After a half of football, the Colts were dominating the time of possession stats, but the efficient Titans’ offense was able to handle the Colts’ third ranked defense and cash in when it mattered.

Rivers came out of the halftime break and was oh-so-close to giving the Colts their first lead of the game, but Indianapolis was stuffed on fourth and one at the goal line. Frank Reich was three of four on fourth down to that point, but the Titans stuffed the Colts there to preserve a 17-13 lead.

However, a three and out and a shanked punt from Trevor Daniel gave the Colts another quick chance. This time, Nyheim Hines cashed in to give Indianapolis the lead.

Tennessee couldn’t muster anything on the following possession, forcing another punt — which was blocked. The Colts scooped the block up and scored a touchdown, suddenly making this a 27-17 game.

Now with their backs against the wall for the first time all night, Arthur Smith’s offense had to respond. Derrick Henry opened the fourth quarter with a couple of nice runs, while Tannehill continued to move the chains. A personal foul on Darius Leonard brought the Titans inside of the redzone, but a holding call ended the drive on the following play.

Stephen Gostkowski then missed the field goal attempt, keeping us at a 27-17 score.

Indianapolis had their next drive jump-started by a fask mask. Rivers then found Michael Pittman for a 40 yard gain to flip the field and enter the redzone. Rivers worked Pittman again to get inside of the five, which set up Jacoby Brissett on the quarterback sneak for the touchdown.

The Titans went for it on fourth and three in scoring range, but were unable to convert. That would do it.

Indianapolis pulled even in the AFC South tonight, now sitting at 6-3 with the Titans atop the AFC South standings. It was a big moment for the Colts — one they likely had to have if they wanted to be a factor in this divisional race.

These two teams will meet again two weeks from Sunday, November 29th, for what is sure to be a key game in the AFC playoff race.

Tennessee will travel to Baltimore next week, while the Colts will face the Packers.