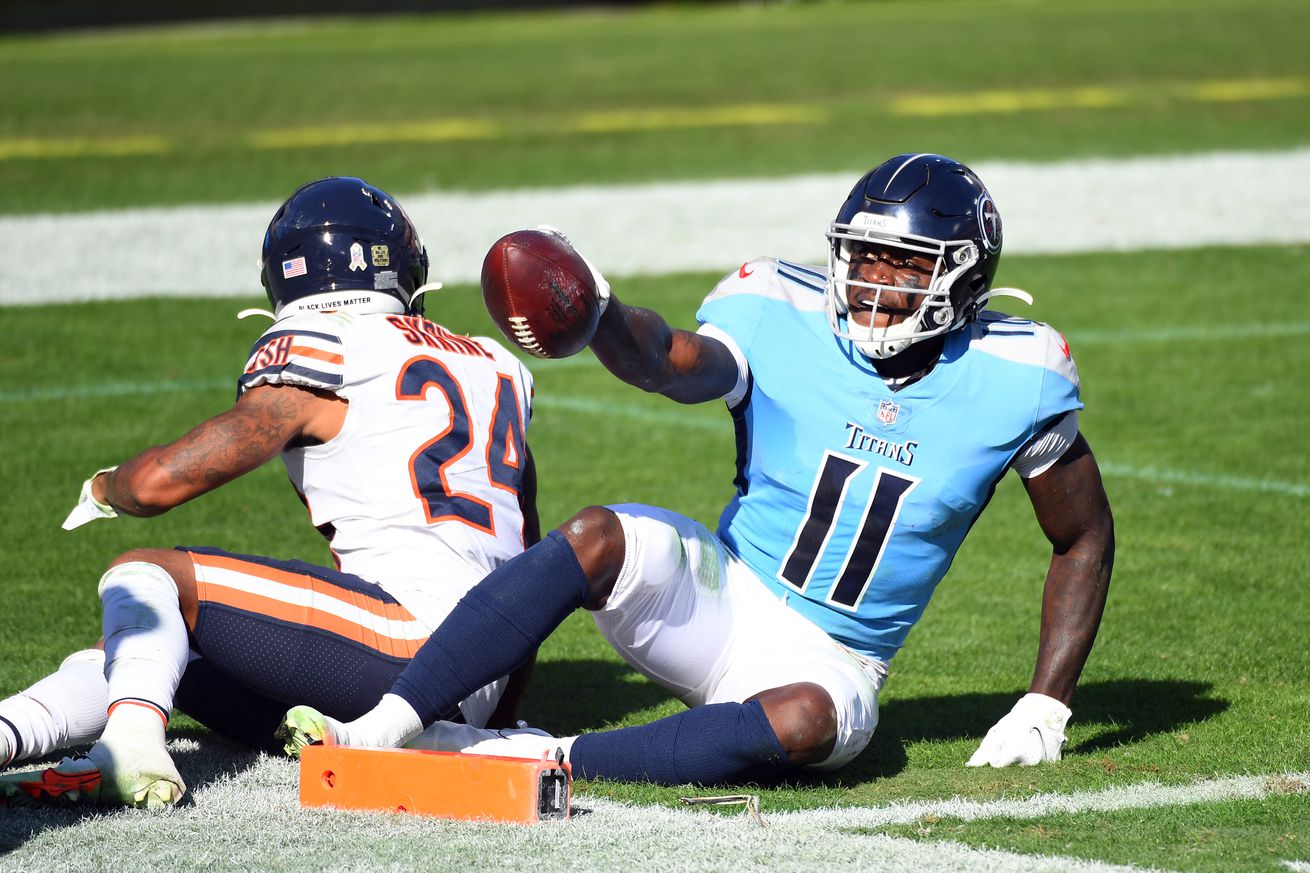 The Tennessee Titans needed a bounceback moment this afternoon at Nissan Stadium, and that’s precisely what they got.

After an incredibly sleepy start, Ryan Tannehill and A.J. Brown finally found the endzone with five minutes to play in the first half. That single play was the story of the entire half, which ended up powering the Titans to an early 10-0 lead.

The throw from Tannehill was perfect, directly over the safety as Brown gained a half a step on his man.

AJ Brown tracks the ball over his shoulder so naturally. pic.twitter.com/VfV2wnmRbU

The other story of the first half? This Titans’ defense. After cutting Johnathan Joseph and Vic Beasley this week, while also trading for Desmond King, the defense suddenly had a new look. That transformation went a step further with the absence of Jadeveon Clowney, but somehow, it all worked.

Playing the Bears helps, too.

Nick Foles went 10-17 for 85 yards in the first, and Barkevious Mingo was the Bears’ leading rusher, which came on a fake punt. Regardless of opponent, it was a big step forward for Tennessee to simply look competent on that side of the ball.

Most notably — the Bears began 0-8 on third down.

The Titans carried that 10-0 into the halftime break.

Big Jeffery Simmons changed the game in the middle of the third quarter. While tackling David Montgomery, Simmons punched the ball out and forced a fumble. Desmond King, in his debut game for the Titans, picked it up and took it to the house.

The Titans pushed their lead out to 17-0, and the Bears had very little hope of coming back based on the way their offense was going. Unlike the Bengals in the previous week, Chicago’s patch-worked offensive line simply wasn’t up to the task today.

It took the Bears until the fourth quarter to get on points on the board. A 15-play drive took over seven minutes off the clock, cutting the score back to a two-touchdown deficit.

Ryan Tannehill put them away on the next drive, however. Tannehill found Jonnu Smith to get to the goal line, then turned around and hit him again for the touchdown. That brought the Titans to a 24-3 lead with eight minutes to play.

Foles took advantage of a softer Tennessee defense in prevent mode to add two late touchdowns, making the final score closer than it actually was.

After a brutal start to the season, it was nice to see such an effort from this defense. The moves that Jon Robinson made were bold, and needed. It’s going to be interesting to see how they hold up against better offenses, but today was a nice starting point.

The Titans, now 6-2, are back in action on Thursday night, at home against the Colts.