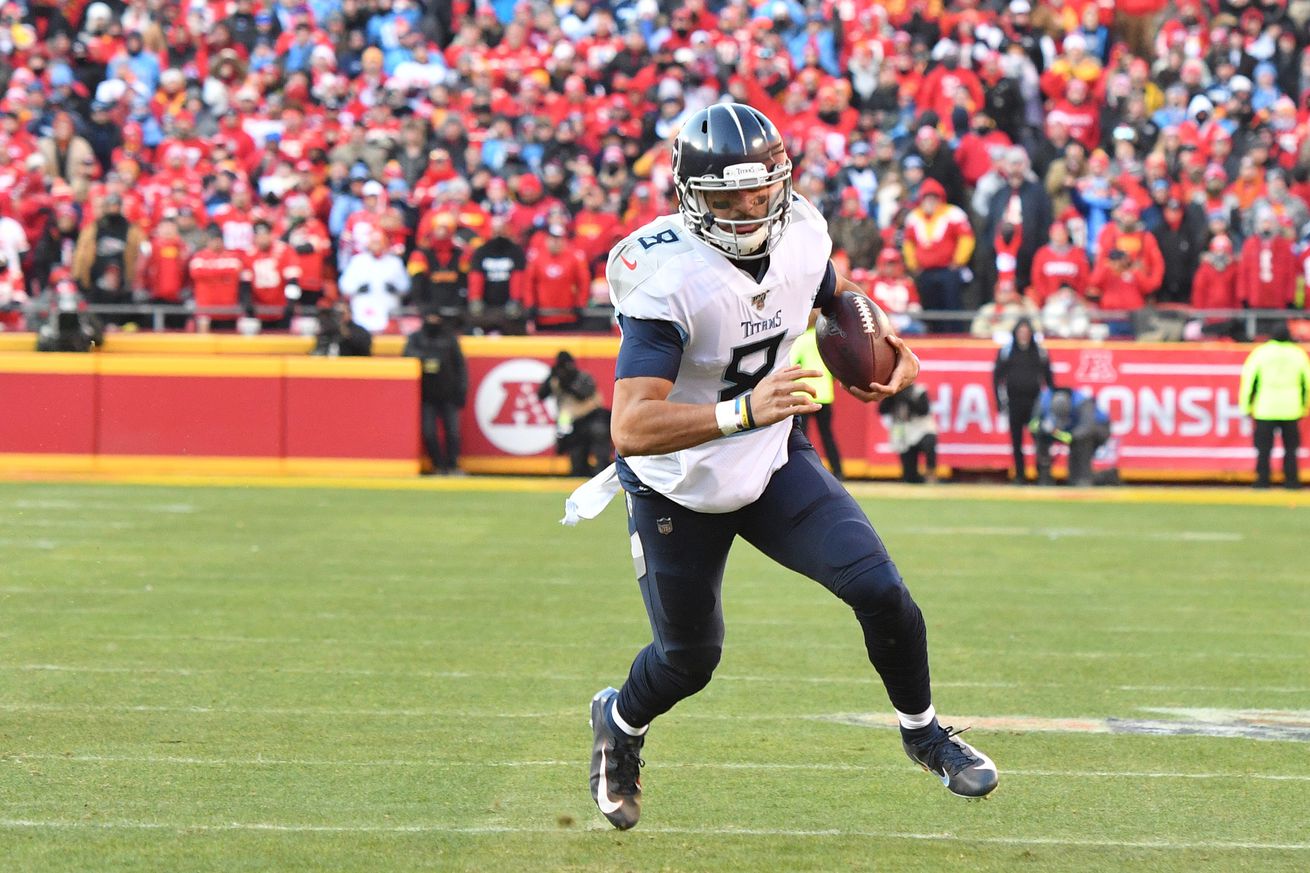 Mike Garafalo of the NFL Network is reporting that Marcus Mariota and the Las Vegas Raiders are closing in on a 1-year deal:

The #Raiders are pushing to close out a deal with QB Marcus Mariota, sources tell me and @RapSheet. Mike Mayock’s No. 1-ranked QB in his @nflnetwork coverage leading up to the 2015 Draft could soon be on his roster.

This has been rumored for a while because of how much Mike Mayock liked Mariota coming out of Oregon. He might have a shot to push for the starting job there because there have been all kinds of reports that the Raiders aren’t happy with Derek Carr. Mariota could very well have a shot to do to Carr what Ryan Tannehill did to him here.

I still think Mariota can be good with a change of scenery and the right fit. Vegas could check those boxes. His confidence was just shot here.

Wherever Marcus ends up, I will be cheering for him as long as he isn’t playing the Titans. It didn’t work out here, but he gave this franchise everything he had and led them out of a very dark period.