Tennessee Titans edge rusher Jadeveon Clowney, who is dealing with a knee injury and is questionable, is not expected to play in Week 9 against the Chicago Bears, per NFL Network’s Tom Pelissero.

On Saturday, NFL Network’s Mike Garafolo reported that Clowney was dealing with a meniscus issue that could require surgery. Ian Rapoport added that a trim of the meniscus would keep Clowney out a few weeks, while a full repair would end his season.

With Clowney out and Vic Beasley released earlier in the week, the Titans will turn to Derick Roberson and Wyatt Ray to help fill the void opposite Harold Landry.

Roberson has played in just one game this season due to injury and illness, while Ray, who was a training camp standout and has been elevated from the practice squad for this week, will be making his Titans debut.

Tennessee and Chicago will meet at Nissan Stadium on Sunday, with kickoff set for noon CT.

Sports betting is now legal in Tennessee! Make any $1 bet on the Titans, get $100 (in free bets) in your account. Place your legal, online sports bets in Tennessee at BetMGM! Terms and conditions apply. Bet now!

Titans vs. Bears: Key matchups to watch in Week 9 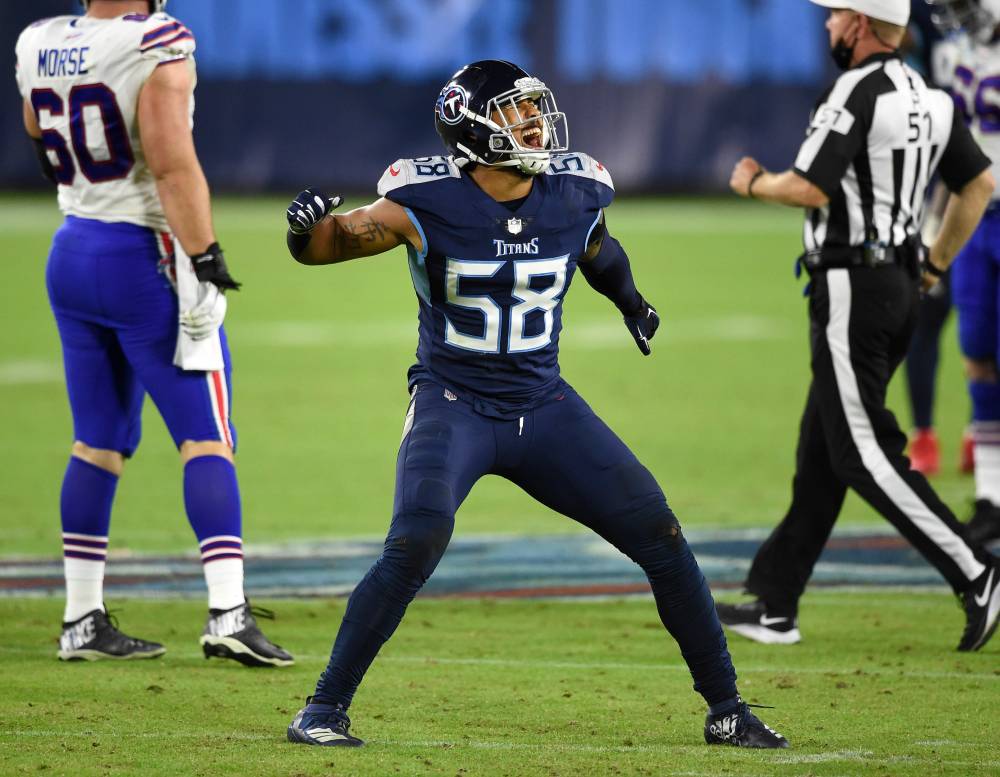