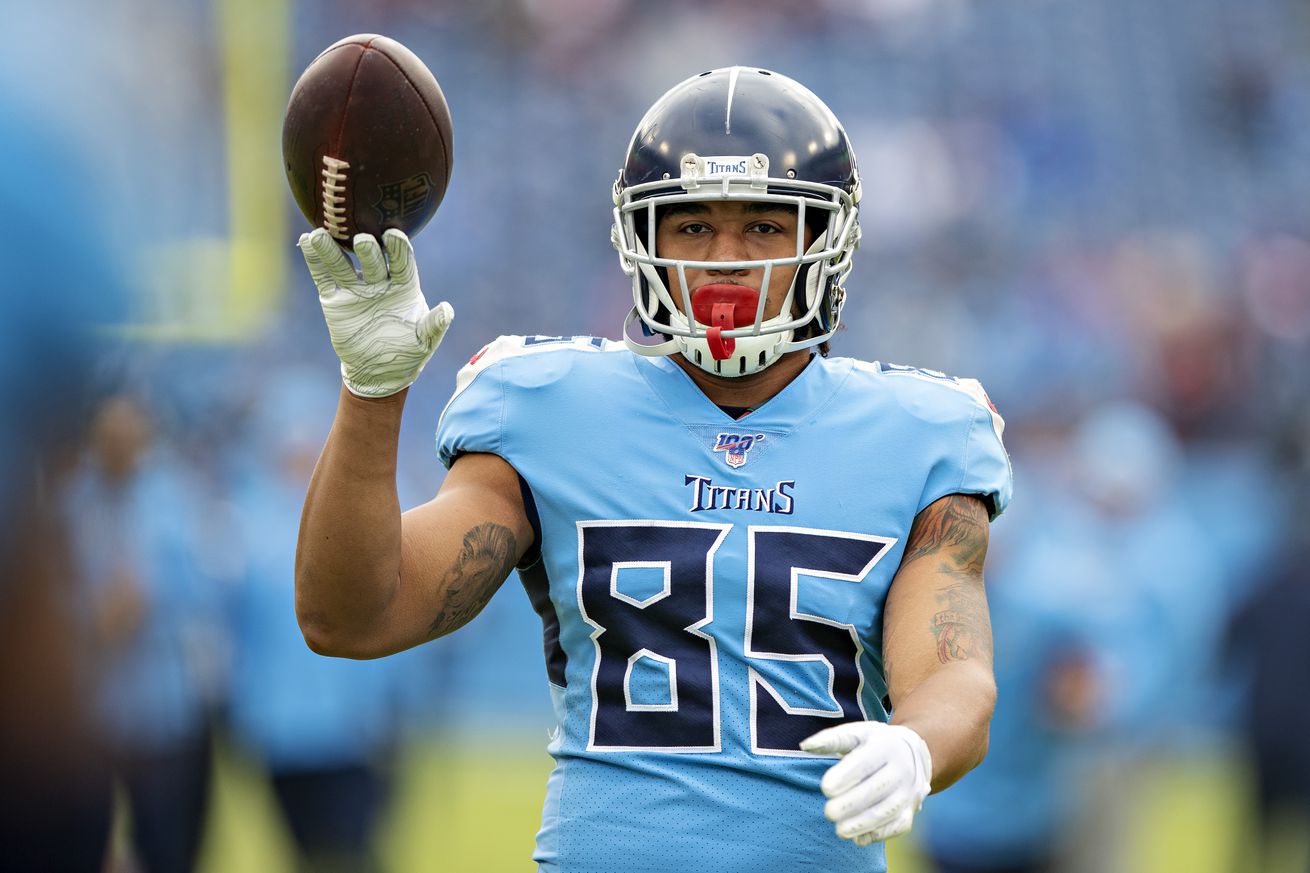 NEWS! (Even if it’s not the news we are waiting for)

Adam Caplan of Sirius XM Radio is reporting that tight end MyCole Pruitt is re-signing with the Titans.

#Titans and TE Mycole Pruitt agreed to contract terms, per his reps.

The terms of the extension have yet to be reported, but you can expect this to be a relatively small contract. We will pass along the breakdown once we get it.

Continuity continues to be the theme of the offseason for the Titans offense. They’ll bring back 10 of 11 starters and several key backups like Anthony Firkser — who signed his exclusive rights free agent tender last month — and Pruitt.

Pruitt is the best blocking tight end on the team, and just like the offensive line, he deserves some credit for the massive rushing success the Titans had last season. The midseason addition of fullback Khari Blasingame helped Pruitt focus solely on his primary role as an in-line blocker.

He’s never going to be a big time pass catcher, but his hands are sure enough that you can rely on him for play action red zone work.