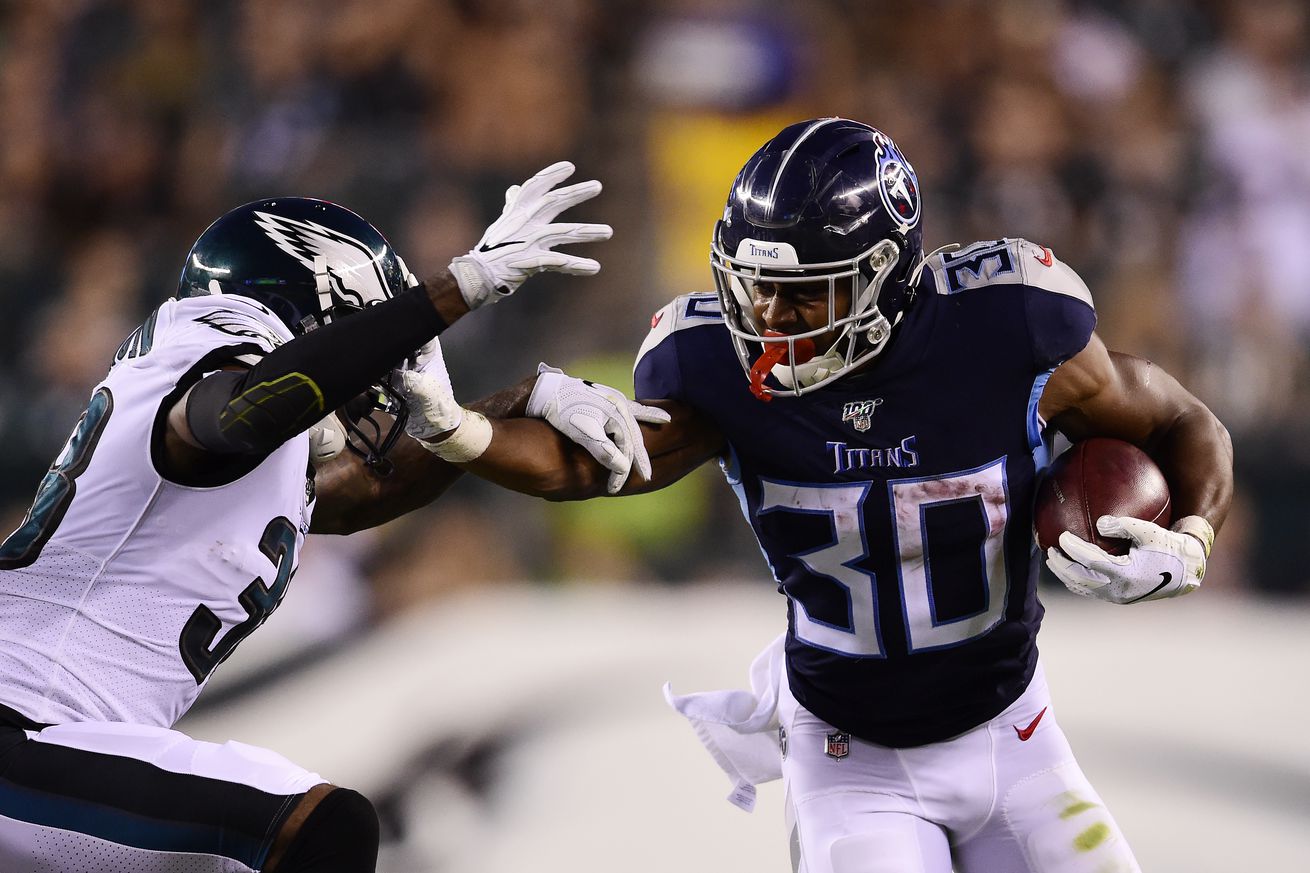 The Tennessee Titans are bringing back a familiar name, according to Tom Pelissero of NFL.com. Jeremy McNichols has signed with the team once again, per his report, as Jon Robinson looks to address the depth behind Derrick Henry.

The #Titans are signing RB Jeremy McNichols, source said. Some speed and experience added to the competition behind Derrick Henry.

McNichols was a preseason standout for the Titans in 2019, but failed to survive the final round of cuts ahead of the season. McNichols then was added to the Jaguars practice squad, before being activated by the team in late December. He was cut in May by Jacksonville.

The Boise State product rushed for 108 yards last preseason for the Titans while adding a receiving touchdown. He’s yet to make an impact for any team yet in the regular season, however.

The Titans signed running back Marcus Marshall last week after working out a few bodies at the position. Derrick Henry is the obvious lead back, while the team spent a third-round pick on Appalachian State’s Darrynton Evans. Marshall, Cameron Scarlett and Senorise Perry round out the running back room for now.

McNichols is an obvious plug-and-play to address depth concerns as we creep closer to the season, already having spent time in Arthur Smith’s system. That could give him a leg up as he battles to make the 53-man roster.