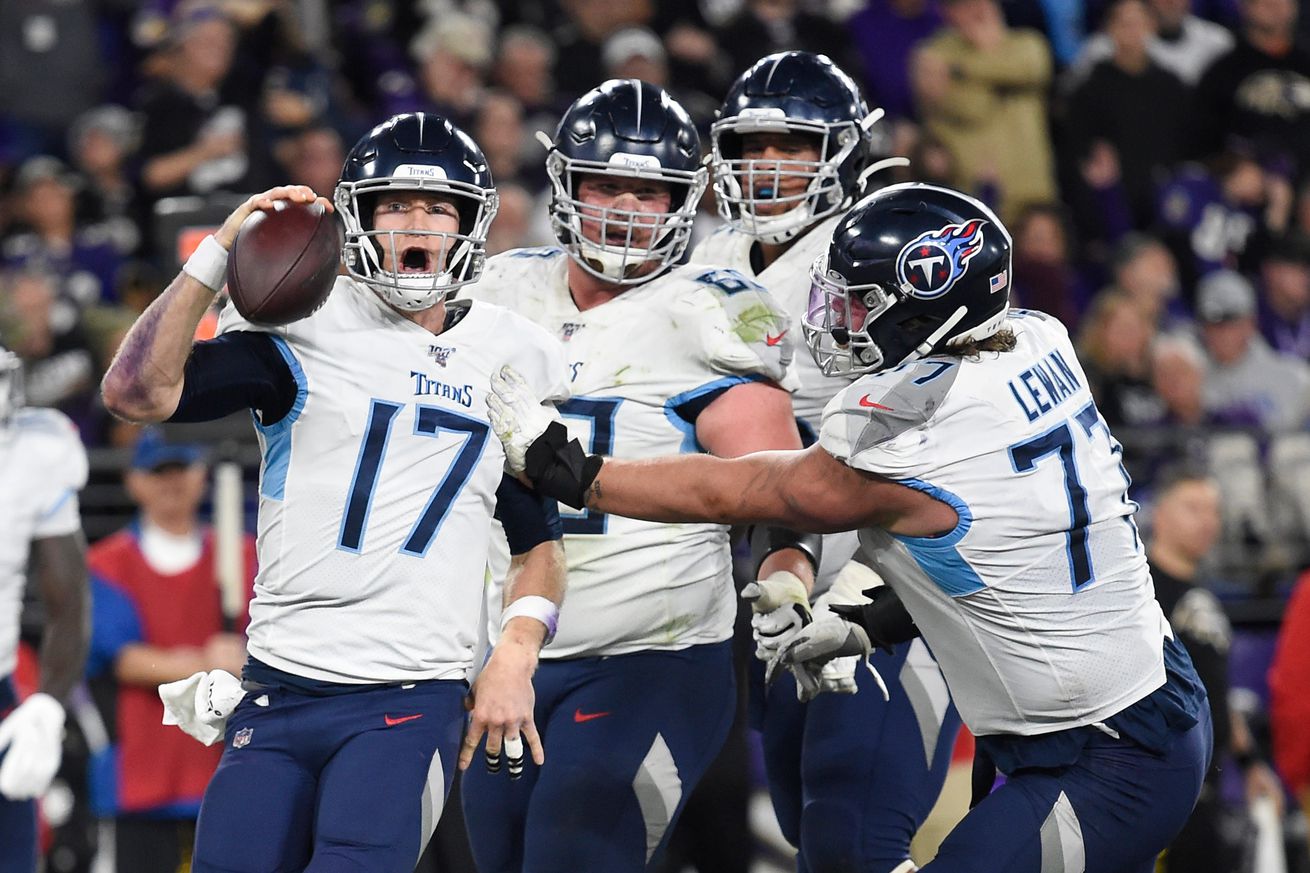 [UPDATE]- Adam Schefter says they are close to a deal:

As @diannaESPN alluded to, Titans and Ryan Tannehill are now on the verge of a new multi-year extension that would prevent Tennessee from using its franchise tag on the quarterback and keep him as the team’s starter moving forward, per sources.

Dianna Russini is back at with a report that the Titans are not interested in Tom Brady and are working hard to get a long-term deal done with Ryan Tannehill:

The Titans are not interested in Tom Brady, they are working hard to get a deal done with Ryan Tannehill per sources

Russini has been on the Tannehill bandwagon since she reported in camp last year that he had a chance to start week 1. That wasn’t true, and neither was the report that A.J. Brown was going to return punts, but that doesn’t mean this report isn’t true. We seem to be hearing from all corners at this point that Tannehill is the Titans choice going forward. I wouldn’t be surprised if we get report of a deal being done before the franchise tag deadline passes tomorrow.

So if we are to assume this is going to get done, now we turn our attention to the Derrick Henry deal. Will they be able to get a long-term deal done with him? If yes, will the franchise Jack Conklin? We should know soon.