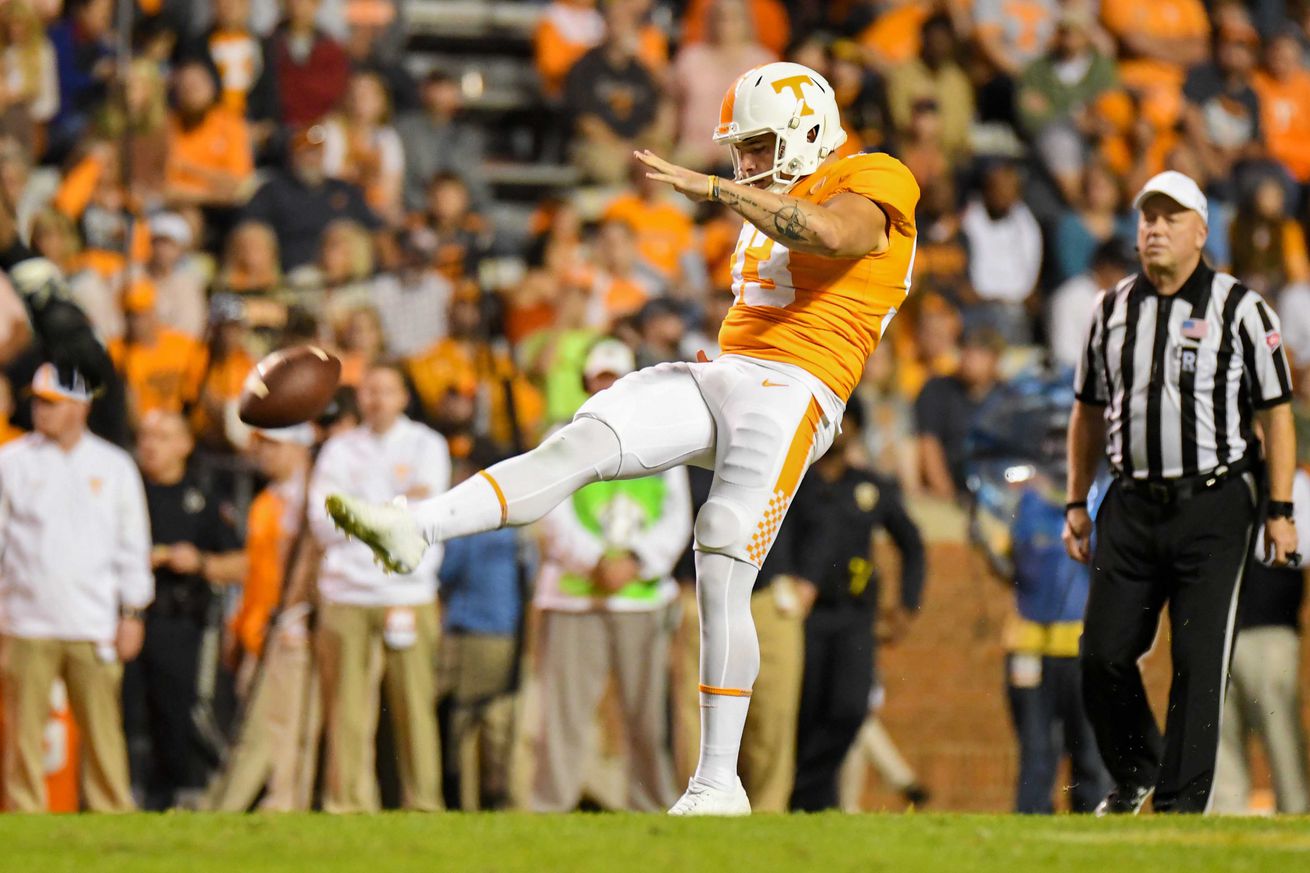 This is an interesting piece of news. Per me, Trevor Daniel will serve as the Titans punter for tomorrow’s primetime showdown with the Colts:

Trevor Daniel is expected to serve as the Punter for the #Titans tomorrow, sources said.

Daniel outperformed Ryan Allen in practice and will get the nod.

It’s a curious piece of news. Daniel was signed to the practice squad the same day that three-time Super Bowl winner Ryan Allen was signed to the active roster to replace All-Pro punter Brett Kern, who went to IR with a wrist injury.

Allen was terrific in his first game in Tennessee. He averaged 50.5 yards per punt with a long of 65. You’d take those numbers every week, but the Titans are apparently making a change.

It’s especially interesting because Allen also served as the holder for Stephen Gostkowski, who had a perfect day against the Bears. Gostkowski has praised Allen’s holding abilities in the past. The two spent a lot of time together with the Patriots. I wonder if Allen may also be active for this game, even just to serve as the holder. That would admittedly be a curious way to utilize a roster spot.

The word is that Daniel, who played his college football at Tennessee, consistently outperformed Allen at practice.