It’s not exactly a secret that the Tennessee Titans’ success on the offensive side of the ball hinges on the production of their wide receivers this year.

There certainly is a level of potential for the group coming in, but until we see what it can do when it matters, the potential will only be that.

Wide receiver and 2022 fifth-round pick Kyle Philips was recently pegged as the Titans’ breakout player in 2022. Now, another wideout is receiving some hype from the national media.

According to Bleacher Report’s Kristopher Knox, Robert Woods is the team’s X-Factor this year. Here’s his analysis:

After trading away No. 1 receiver A.J. Brown during the draft, the Tennessee Titans will look to replace him with a bit of a committee. Two-time Pro Bowl tight end Austin Hooper and rookie first-round pick Treylon Burks carry big expectations, while trade acquisition Robert Woods is more of an X-factor.

The Titans acquired Woods, who is working his way back from a torn ACL, from the Los Angeles Rams for a 2023 sixth-round pick. That isn’t a huge investment, but he Woods could be a massive addition if he’s fully recovered from his injury.

Certainly, a wide receiver trio of Woods, Philips, and Treylon Burks can make some noise, but that list includes two rookies coming in with many expectations placed on their shoulders.

Woods is the veteran of the group, acquired from the Los Angeles Rams, and will step into the No. 1 wide receiver role after A.J. Brown was traded during the 2022 NFL draft.

The USC product did not play in the Titans’ first preseason game against the Ravens last week, and we may not see him at all in the exhibitions, but he’s put together a strong training camp and has been practicing without a knee brace for a couple of weeks now.

The veteran wideout was one of the Rams’ top pass catchers over the last five years, and the Titans are expecting him to be a big piece of the passing game in 2022.

Tennessee Titans waive five players in first round of cuts

Every NFL team’s most impressive player in training camp 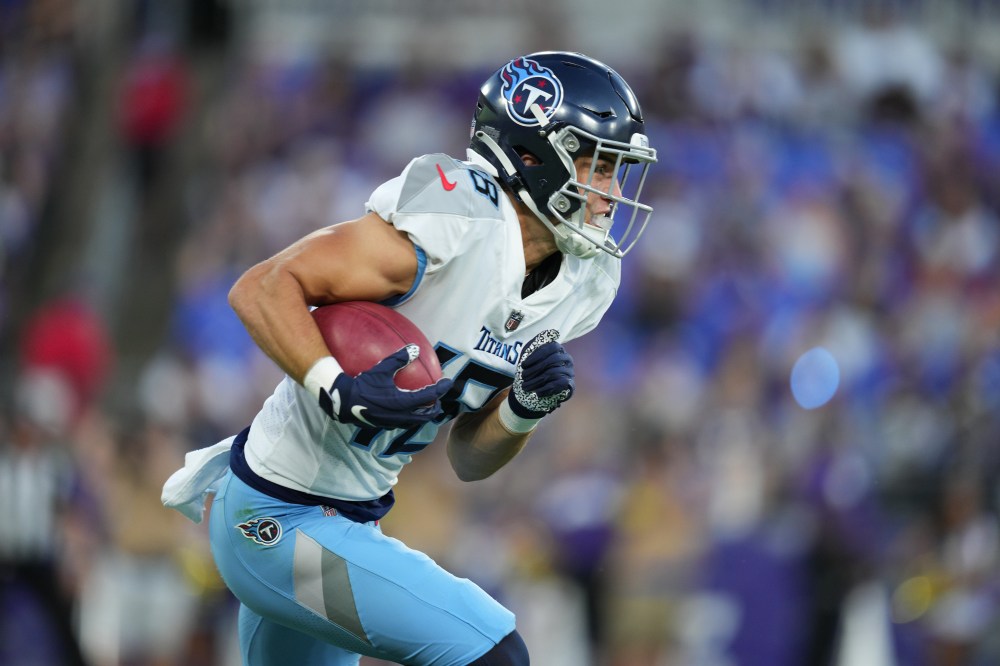