When Tennessee Titans cornerback Elijah Molden was a kid, he got an up-close-and-personal look at the NFL life, as his dad, Alex, spent seven seasons in the league as a defensive back.

One of his three stops was with the San Diego (now-Los Angeles) Chargers in 2001 and 2002, where he was a teammate of Hall of Fame running back, LaDainian Tomlinson.

Tomlinson, who now works for NFL Network as an analyst, stopped by at Titans camp on Saturday and talked shop with several players, including wide receivers Julio Jones and A.J. Brown.

Elite team mom, Christin Molden, took a trip down memory lane after seeing Tomlinson at Titans camp and shared this old photo of her son with the Chargers great.

Heard LaDanian Tomlinson was @Titans training camp yesterday… here’s the last time @e_mold3n and LT were at training camp together….

Moms never waste an opportunity to show old photos of their kids, but Mrs. Molden likely had extra motivation after Elijah revealed that he was limiting her phone calls during training camp, something she wasn’t happy about.

He’s getting a phone call TONIGHT.

Molden’s parents have been exceptional since their son was drafted by the Titans with the No. 100 overall pick (third round) in the 2021 NFL draft.

Not only do we have these gems from Mrs. Molden, but Mr. Molden also recently revealed that his son still had his phone and car insurance paid for prior to the young cornerback signing his rookie deal. 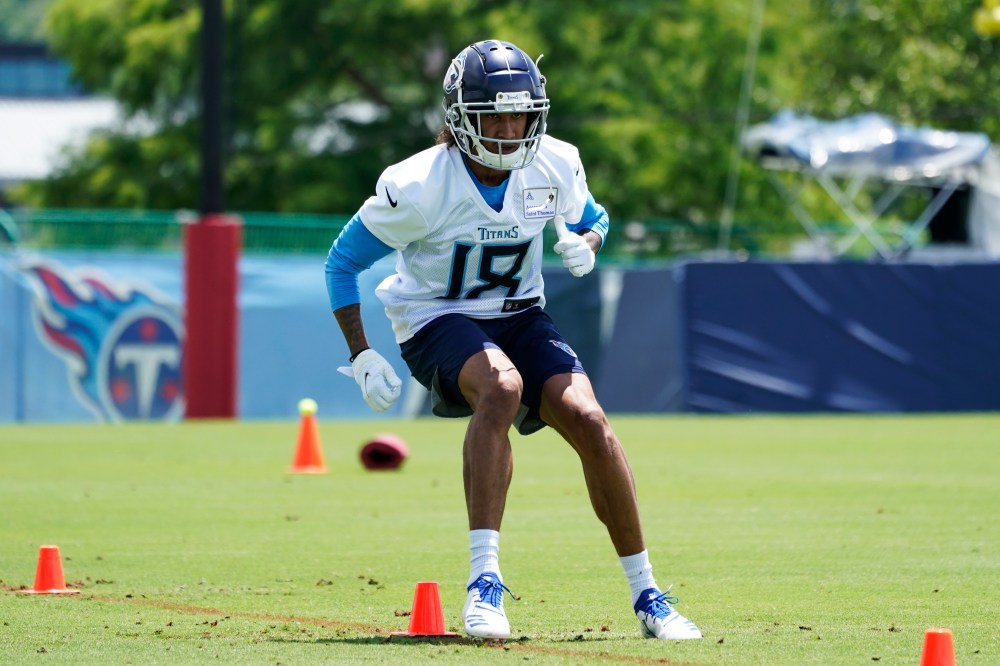