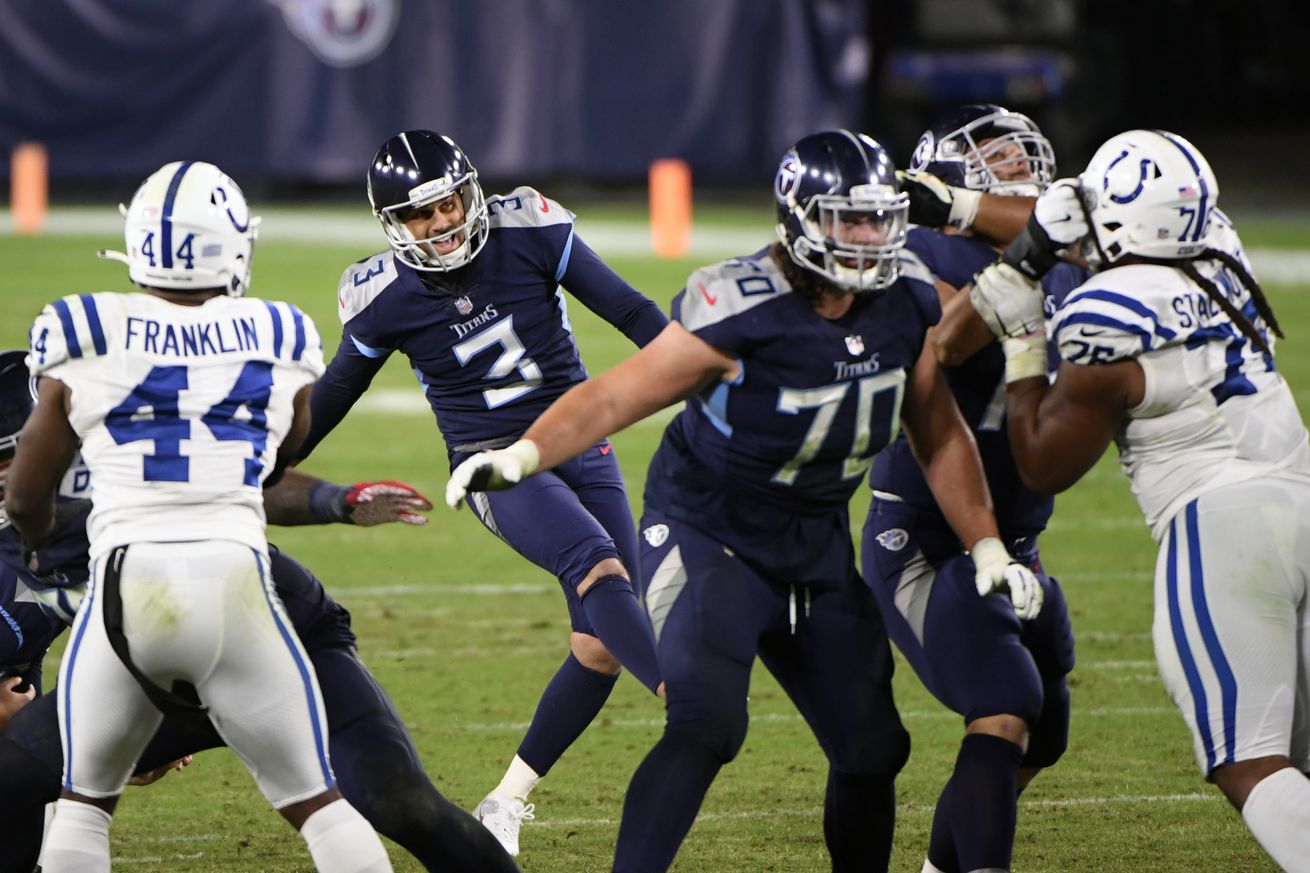 Will it change before Sunday?

Mike Vrabel was asked this morning if Stephen Gostkowski was still the Titans kicker. Vrabel responded with as of right now Stephen is still our kicker. Honestly, I don’t know how to feel about that anymore. Gostkowski has been really good at times and really struggled at times. It’s really easy to say that he has to go, but is whoever comes in going to be better? It’s hard to say.

Of course the counter to that is the fact that Gostkowski has already missed more field goals than any team has missed in the history of this franchise. You can’t really just keep running that guy out there.

Giorgio Tavecchio would get the first shot if Gostkowski is released. The Titans would also look to bring in another guy to replace Tavecchio on the practice squad if he is called up because you can’t be without an extra kicker just in case the one you do have tests positive for COVID-19.