It seems like Tennessee Titans left tackle Taylor Lewan is always around and ready to record when rookie offensive tackle Isaiah Wilson falls asleep in one of the team’s tubs.

Lewan has already caught Wilson napping once, and he was ready with his camera on Tuesday after practice when the rookie nodded out in a tub yet again.

But this time the veteran turned the video into a hilarious nature show spoof, which is fitting considering it features a man with the nickname “Panda”.

In case you missed the first video Lewan shot of Wilson catching up on some “Z’s”, here it is.

If I were a betting man, I’d put my money on Lewan being the kind of guy who would draw on your face if you fell asleep first at a sleepover.

While Wilson looks peaceful napping, he is an absolute beast on the field, as evidenced by this clip of him tossing 6-foot-2, 245-pound tight end MyCole Pruitt like a rag doll at practice.

Now we know why Lewan doesn’t disturb Wilson too much when he’s napping.

The rookie has been hard at work during training camp and is vying for the starting right tackle job with veteran Dennis Kelly, so there’s no issue with him getting some extra rest, even if it comes in a weird place.

Titans will play in empty stadium for Week 3 game vs. Vikings 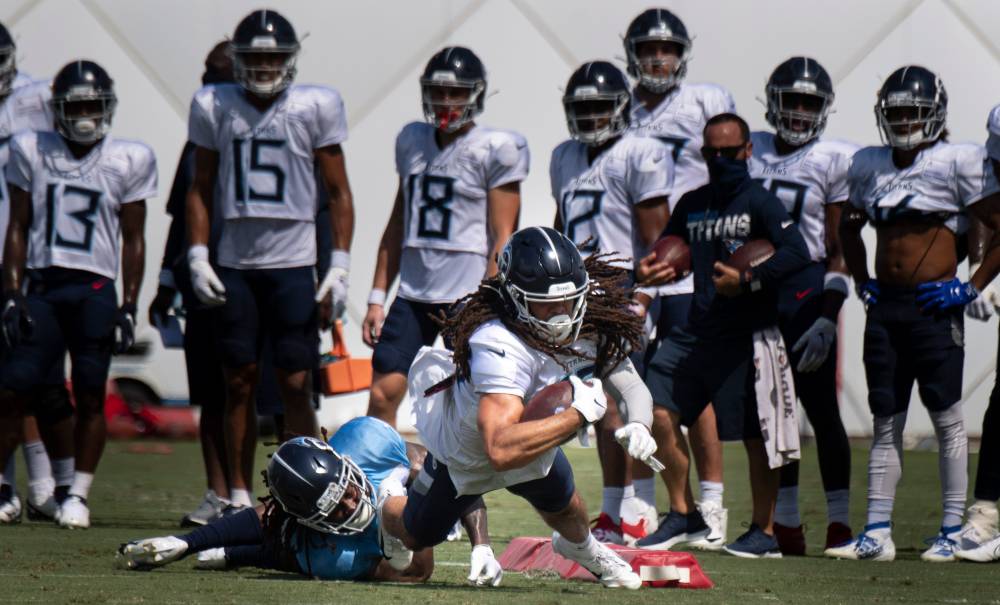