It’s a shame that the rest of the Tennessee Titans forgot to show up for a game where running back Derrick Henry played well. I’m oozing anger as I type, and I’d rather talk about who needs to get fired, but I’ll spare you my tirade.

King Henry topped the 100-yard mark yet again, and did so against an elite run defense, but this is now the second time the Titans have lost after No. 22 has crossed that threshold.

The Alabama product ran with the ferociousness we typically see out of the former Heisman Trophy winner. On a night when the Titans deployed a carousel of linemen up front, Henry did not disappoint.

Unfortunately for him, the Titans got whooped in the second half and squandered a 17-13 lead in the final two quarters.

The offense sputtered mightily, and though he has before, Henry couldn’t do it all on Thursday night. He finished the evening with 19 carries for 103 yards (5.4 yards per carry).

OK, I can’t help myself. Everyone involved in the Titans’ “kicking game” not named Brett Kern needs to be fired immediately.

Honorable mention: Corey Davis entered this game with a heavy heart after losing his brother Titus earlier in the week, but still managed to lead all Titans pass-catchers with five catches for 67 yards. Hats off to him for his effort at such a difficult time, and our thoughts and prayers are with him and his family.

Tennessee Titans vs. Indianapolis Colts recap: Everything we know 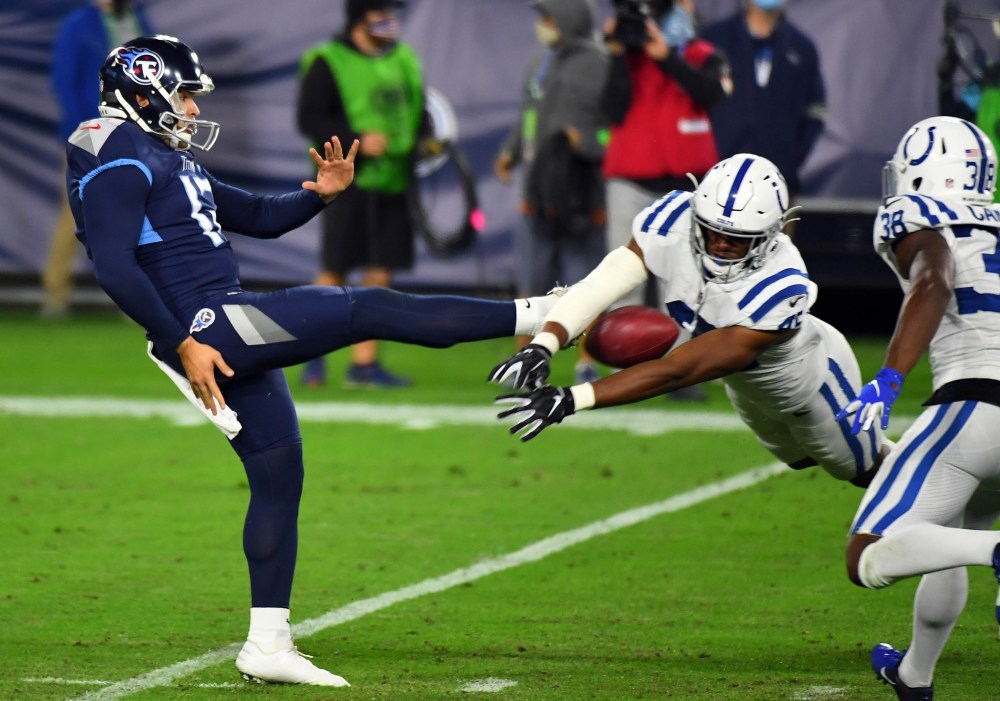