On an afternoon where the Tennessee Titans’ offense struggled after getting off to a fast start, the defense stepped up big time en route to helping the team notch a 20-0 shutout victory over the Jacksonville Jaguars on Sunday.

It was a total team effort from the defense, which saw several players chip-in to help complete Tennessee’s first shutout since 2018, and it’s first shutout in Nashville since all the way back in 2000.

After failing to force a turnover in the previous two games, the Titans had four interceptions off Jags quarterback Trevor Lawrence, which is a new career-high for him. Cornerbacks Buster Skrine and Kristian Fulton, and linebackers Rashaan Evans and Jayon Brown each had one.

Brown’s was particularly impressive, though, as he reeled in the pick with one hand.

Tennessee also got back to putting pressure on the quarterback with three sacks and six QB hits on Lawrence. Outside linebackers Harold Landry and Derick Roberson, and defensive lineman Denico Autry each had one sack.

Even when Lawrence wasn’t getting sacked or throwing picks, the Titans’ secondary was getting its hands on his passes, totaling nine passes defensed.

Overall, the Titans held the Jags to just 192 yards of total offense, including a stunning eight on the ground. Jacksonville didn’t make a single trip to the red zone the entire game.

Making this performance even more impressive was the fact that Tennessee was without several defensive starters, including cornerback Jackrabbit Jenkins, linebacker David Long, defensive lineman Teair Tart, and outside linebacker Bud Dupree.

The Titans will look to keep the good times rolling in Week 15 when they take on the Pittsburgh Steelers at Heinz Field. 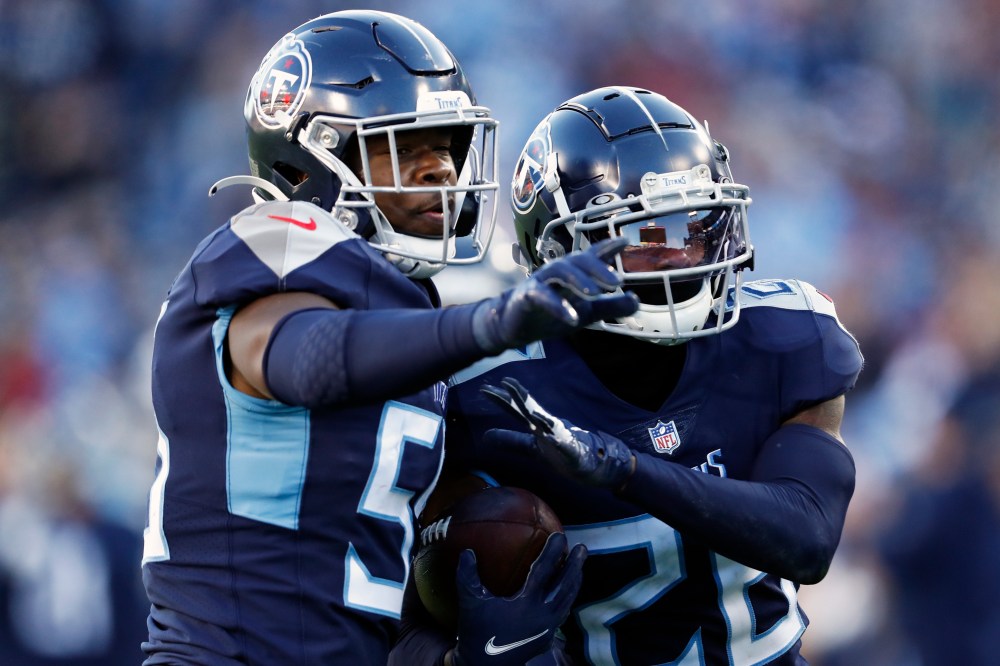