Pro Football Focus recently revealed the player NFL fans are choosing the most for their team in the first round of the 2021 NFL draft using the site’s mock draft simulator, and then put together a mock using those picks.

For the Tennessee Titans, it was none other than Ole Miss product and wide receiver, Elijah Moore, who was the consensus selection of fans using the simulator.

Coming in behind Moore was cornerbacks Greg Newsome II out of Northwestern and Virginia Tech’s Caleb Farley.

Here’s what PFF’s Jarad Evans had to say about the pick of Moore:

After knocking it out of the park two years ago with an Ole Miss receiver by the name of A.J. Brown, the Titans go right back to the well with Elijah Moore. Though this seems like a high draft selection for a slot receiver, there is a distinct possibility that Moore can also play on the outside despite the fact that he rarely lined up there at Ole Miss. He possesses an ideal combination of speed and quicks for the slot while also maintaining the ability to get behind a defense. He is an after-the-catch dynamo with reliable hands, dropping only two passes last season.

Moore is an intriguing prospect and could be an explosive receiver and the future in the slot for the Titans, but we feel he’s a better value in the second round.

If the Titans were to go receiver in the first round, we’d prefer Minnesota’s Rashod Bateman over any of the other realistic possibilities. He went to the Chicago Bears at No. 20 in this particular mock, though.

While Newsome’s stock has been rising, the Titans might still be able to nab him later in the first round, enabling them to trade back and acquire another pick.

Farley is the more intriguing prospect of the two cornerbacks by far. The Virginia Tech product is a top-10 talent in this year’s class but may slide because of injury concerns.

However, Farley would be well worth the risk should he be available to Tennessee at No. 22 overall. 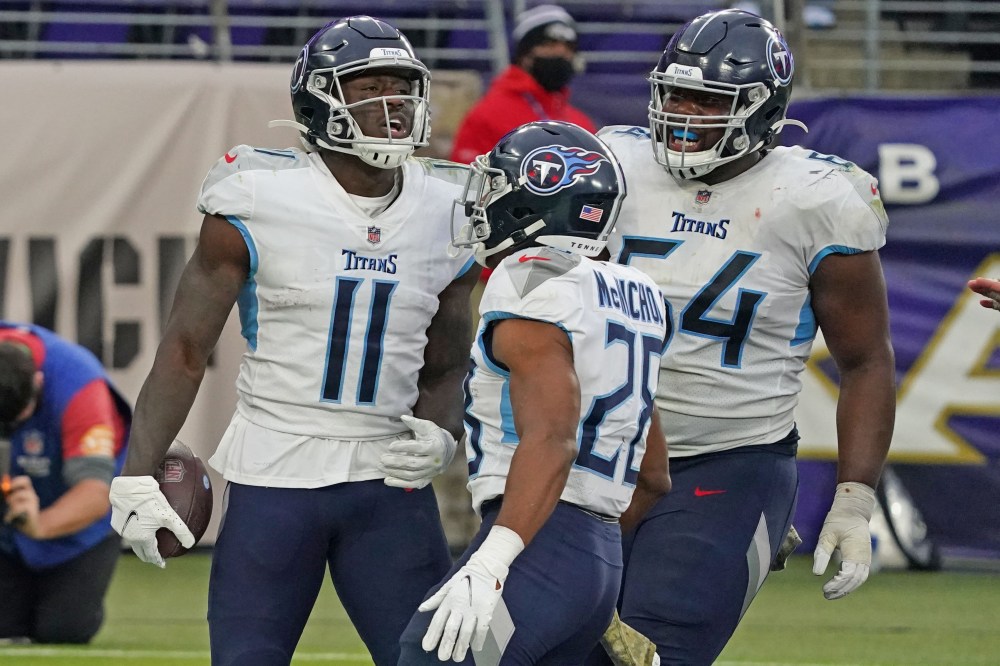