Thankfully, Brown avoided starting training camp on the PUP (Physically Unable to Perform) list, and after four days of practice it’s easy to see that he’s fully healthy, as he has looked dominant in drills against teammates.

Brown confirmed as much after practice on Saturday, saying that it’s pretty obvious he’s fully healthy, something the rest of the league will soon find out.

“I think everyone can see that I am (healthy) and, pretty soon, everyone else will see,” Brown said, via AtoZ Sports Nashville.

Ahead of his third season, the former second-round pick says his confidence is through the roof.

“I’m so comfortable,” Brown said, per David Boclair of Sports Illustrated. “I feel like I can do whatever I want to do when I want to do it. My confidence is just through the roof.”

“It takes reps, but for me I’m always a student first,” Brown explained. “I’m always trying to watch something, to learn and put it in my game. In this offseason, I wasn’t really able to get out there as much, but as soon as I got back, I just felt comfortable.”

Brown admitted that he dealt with an ankle ligament issue on top of his knee problems last year.

“It was all a mental thing,” Brown said. “Last year, like I was facing a lot of things. My knee. Then I rolled my ankle real bad. I damaged some ligaments in my ankle, but I was kind of glad I hurt something else so I could take some pressure off the knee. That’s how – mentally – I had to do it.”

Brown noted that he’s coming in a bit leaner this year, and it’s the first training camp in which he’s fully healthy.

“This offseason was all weight room work,” he said. “I’m excited. This is probably one of the first times I’m going into training camp that I’m fully healthy.”

The 24-year-old had some praise for a few of his teammates.

He rightly believes Julio Jones is a future Hall of Famer and says the veteran is motivating him to elevate his game, and he revealed that rookie wideout Racey McMath reminds him of Jones.

A.J. on Julio: He’s going into the Hall of Fame. That’s the guy on the other side of me. I know I have to pick up my game too

#Titans‘ AJ Brown: Both rookie WRs have a lot of talent … Says Racey McMath “kind of reminds me a little bit of Julio … that’s the upside he has in him.” …. Then he laughs as every reporter starts hitting Twitter in overdrive.

Brown was able to post his second straight 1,000-yard season and earn a Pro Bowl nod in 2020 despite his injuries. One can only imagine what’s in store if the Ole Miss product can stay fully healthy for the entirety of 2021. 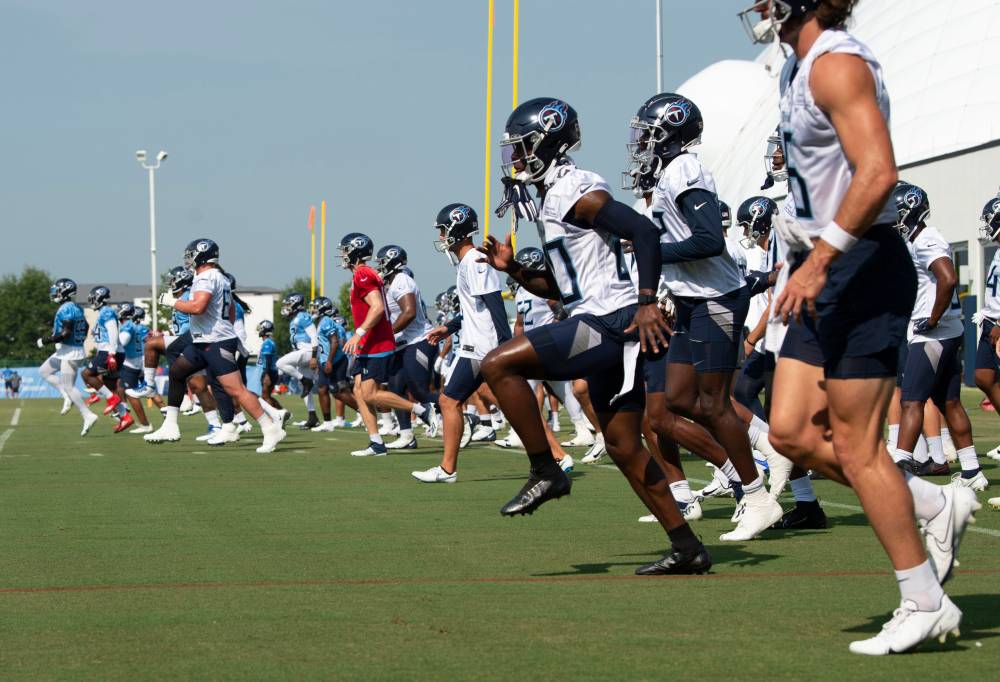