On Thursday, families around the country will give thanks for the health of their loved ones and the Thanksgiving feast in front of them. Many of us will be thankful for football in uncertain times. I will be thankful for Tennessee Titans offensive lineman, Aaron Brewer.

An undrafted free agent out of Texas State, Brewer notched his first NFL start on Sunday versus the Baltimore Ravens with Rodger Saffold out. He was a noticeable upgrade over offensive lineman Jamil Douglas, and a stalwart “big guy.”

Brewer talked about getting the chance to make the start at left guard after the Titans’ 30-24 overtime win over the Ravens in Week 11:

“(I thought) of how far I’d come, and where I came from, and just how many people don’t make it,” said Brewer, per Jim Wyatt of Titans Online. “After everything I’d been through, I went out there with my guys, and being able to fill that spot for Rodger Saffold and come out with the dub, it was amazing. A whole bunch of emotions came.”

According to Pro Football Focus, Brewer delivered a top-five offensive grade for the Titans on a day when King Henry pillaged for 133 yards and a walk-off touchdown in overtime.

“That got me excited, all riled up,” Brewer said of Henry’s game-winning touchdown run. “I am happy as hell for him, and glad the O-line could open things up, with the O-line, receivers, tight ends, and running backs, everybody just opened it up for him to get it done.”

Titans head coach Mike Vrabel said Brewer had earned the right to be out there and he didn’t need to see the tape to know that the rookie “competed his tail off.”

“You know, I can tell you without watching the film that he competed his tail off,” Vrabel said. “He competed because I know that, that is why he was in there. I thought he earned the right to be out there.”

If starting guard Rodger Saffold is forced to miss more time due to injury, we can all breathe a little easier knowing Brewer will be plugged into the lineup instead of Douglas.

Report: Titans’ Ty Sambrailo ‘most likely’ out for season

What we learned from Titans’ 30-24 win over Ravens

Tennessee Titans’ winners and losers from Week 11 win over Ravens 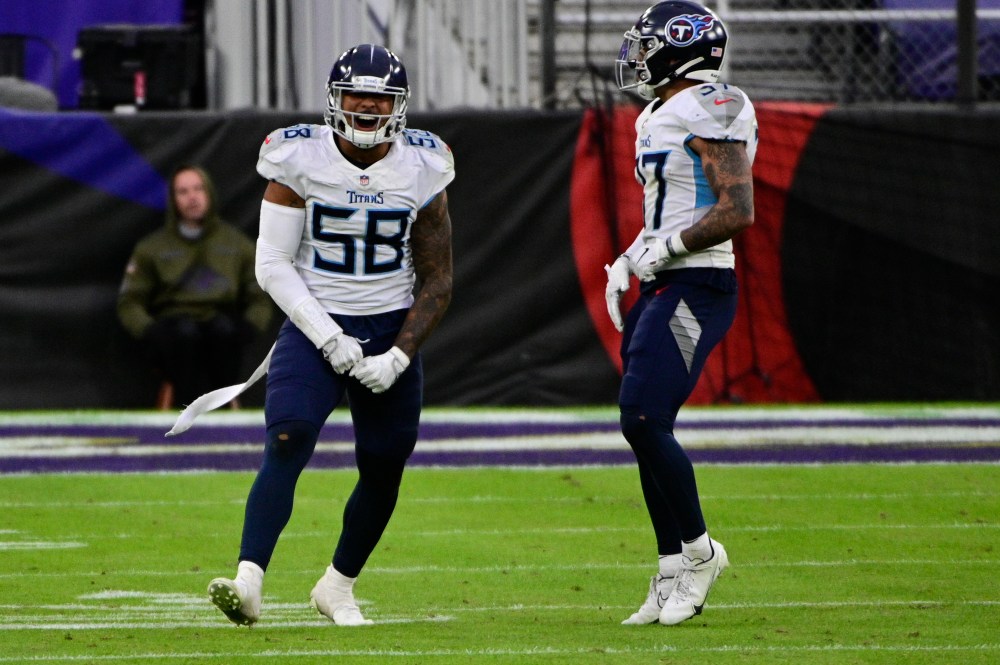