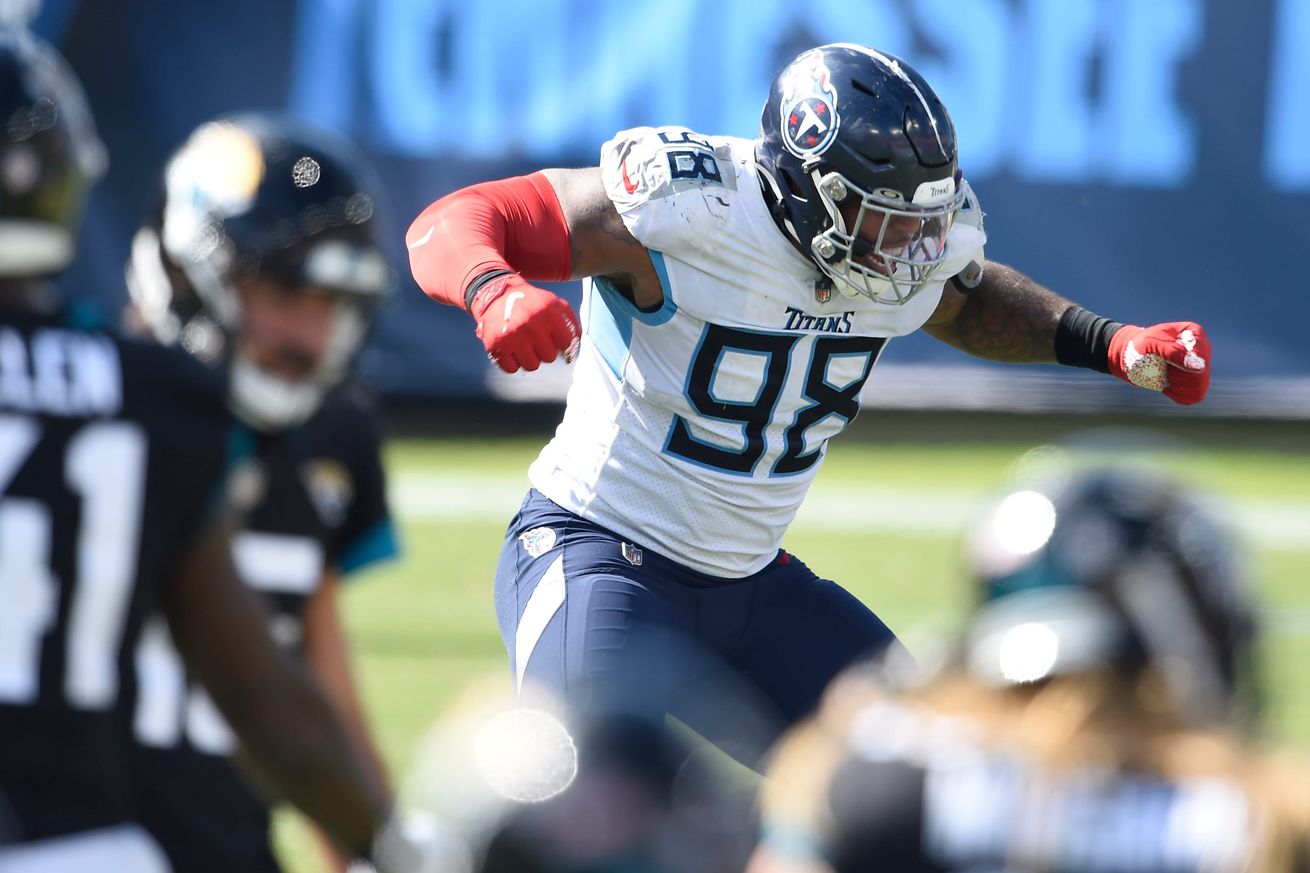 The Tennessee Titans received a big boost on Thursday afternoon when news broke that they have activated Jeffery Simmons from the reserve/COVID list, per the team’s social media account.

The return of Simmons is huge as the Titans aim to continue to assert their AFC South dominance against the Houston Texans this weekend. Getting Simmons back on the D-line gives the defense a better chance to contain DeShaun Watson who is one of the better scrambling quarterbacks in the league.

Corey Davis, MyCole Pruitt and Khari Blasingame are key contributors that remain on the COVID list for now. We hope to see all three of those guys get back within the next few days. At this point, there’s a good chance at least one or two of them will miss this weekend’s game.

It wasn’t all good news on Thursday, however. The team also announced that they are placing rookie running back Darrynton Evans on Short Term Injured Reserve. Evans left Tuesday’s game vs the Bills with an injury. Getting a healthy Evans on the field has been a struggle so far this season. He dealt with some injuries prior to the start of the season and those issues remain ongoing for him. Hopefully he gets healthy soon, because he has the skillset to add a different dimension to this already explosive offense.

The Titans also announced that they have moved safety Dane Cruikshank to the ‘Designated for Return’ list. This designation will open up a three-week window for Cruikshank to practice with the team, and he will not count against the team’s 53-man roster until being activated from injured reserve.