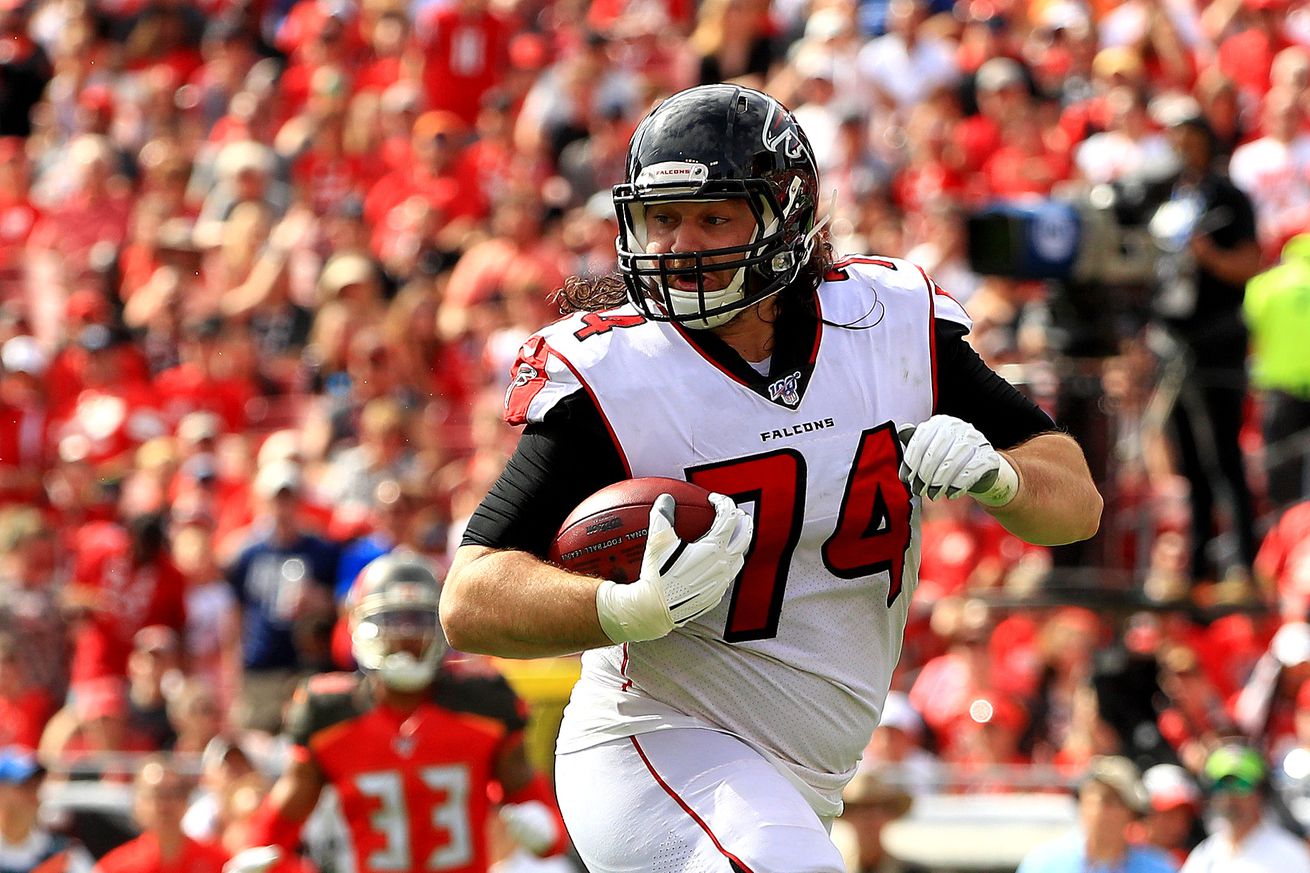 The Titans announced this afternoon that they have signed former Falcons tackle Ty Sambrailo to a one year contract.

This isn’t the kind of move that gets anyone excited, but Sambrailo is a competent swing tackle who has 13 career starts spread over two stops after being the 59th overall pick of the 2015 NFL Draft.

The 6’-5”, 315 pounder was released by the Falcons two weeks ago in a cap clearing move. Just last offseason, Atlanta had signed Sambrailo to a three year, $14.25 million contract with expectations that he might be their starting right tackle, but after selecting two offensive linemen in the first round of the 2019 draft, Sambrailo was relegated to backup duty and made expendable.

This makes a ton of sense for the Titans, who had no proven tackle depth behind expected starters Taylor Lewan and Dennis Kelly. The 28 year old Sambrailo played in a very similar scheme in Atlanta and has familiarity with Titans offensive line coach Keith Carter. Carter coached running backs for the Falcons in 2017, Sambrailo’s first year in Atlanta.

On a fun note, Sambrailo set the record for longest touchdown reception by an offensive lineman in NFL history last year when he scored from 35 yards out against the Bucs.

This is also how you play on Week 17.#Falcons go with a 35-yard touchdown to OL Ty Sambrailo!pic.twitter.com/hXngentqsJ

All kidding aside… we know that the Titans like to throw to their third tackle at times in the red zone. They threw touchdown passes to offensive linemen three times in 2019 and Sambrailo showed some skills in the clip above. I would be willing to bet that we hear the words “touchdoooooooown Titans, it’s Ty Sambrailo!!!” escape Mike Keith’s mouth at least once in 2020.