The Tennessee Titans notched their sixth win of the 2020 campaign with a Week 9 victory over the Chicago Bears at Nissan Stadium, which also snapped the team’s two-game skid.

And with that victory, the Titans have moved back into the top five of the NFL power rankings of USA TODAY’s Nate Davis, who moved Tennessee up three spots from No. 8 to No. 5.

5. Titans (8): Offense hasn’t been same in three weeks since perennial Pro Bowl LT Taylor Lewan went down for the year, scoring 10 points fewer per game during his absence.

While Davis does rightly point out that the Titans’ offense hasn’t been the same since Lewan’s injury in Week 6, that’s more coincidence than anything else.

The cause for the struggles have mostly been on the shoulders of quarterback Ryan Tannehill, who has had a rough stretch of games lately. The offensive line didn’t play well in Week 9 but has been solid overall.

Of course, two of Tannehill’s last three games have been against two elite defenses in the Pittsburgh Steelers and Chicago Bears, but he also struggled against a suspect Cincinnati Bengals defense in Week 8. And, in that game against the Steelers’ elite pass rush, the O-line held up just fine.

The Titans will be facing a quick turnaround in Week 10, as they host the Indianapolis Colts in Nashville on “Thursday Night Football.”

What we learned from Titans’ Week 9 win over Bears 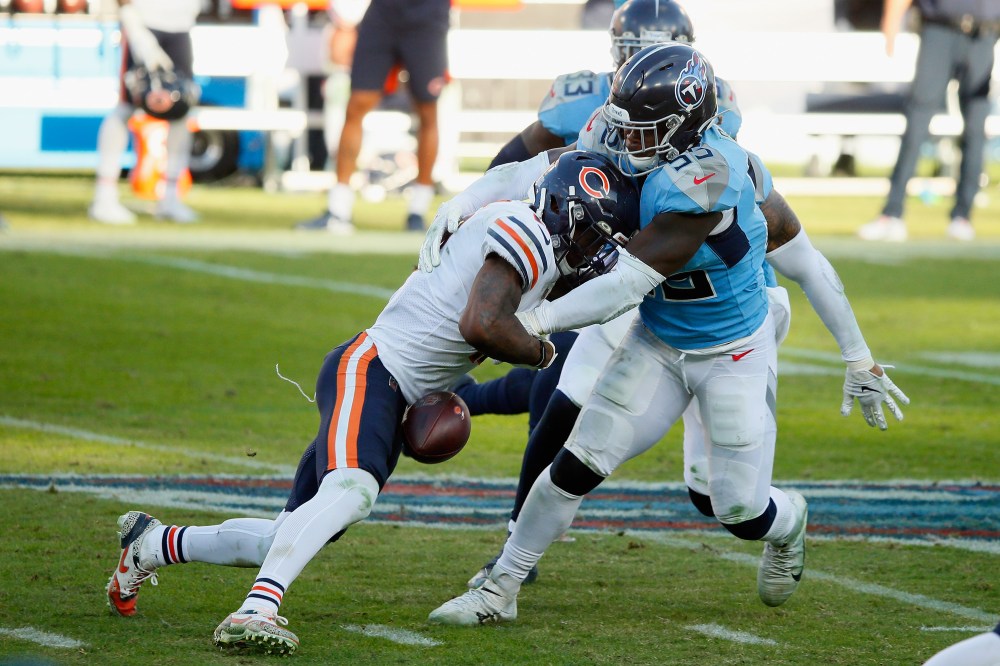