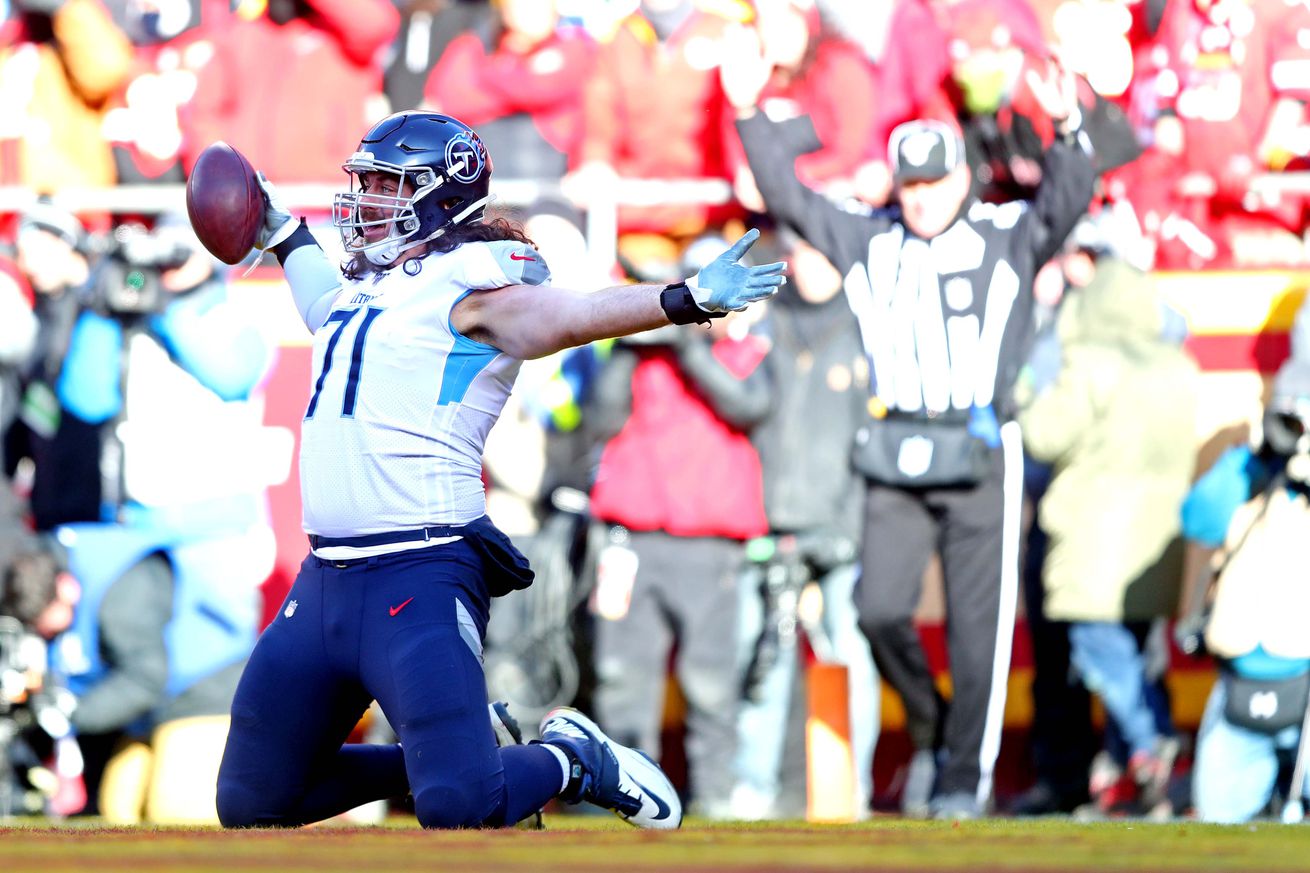 The right tackle situation gets a little clearer.

After Jack Conklin reportedly signed with the Browns earlier today, the Titans officially had an opening at the right tackle position. It was something everyone saw coming, as Tennessee suddenly found themselves with too many good players to pay.

Luckily for them, they’ve had the luxury of having Dennis Kelly in a swing tackle role over the last several seasons. Only problem was, he was also a free agent. After Conklin left, they didn’t let Kelly sit on the open market for too much longer.

Per ESPN’s Field Yates, the Titans have resigned Kelly to a three year deal worth 21 million dollars, with 8.75 million guaranteed.

The Titans are re-signing OT Dennis Kelly to a three-year, $21M deal with $8.75M guaranteed, per source. A chance for Kelly to take over Jack Conklin’s starring role.

Conklin signed a three-year deal with the Browns worth up to 42 million earlier today, for comparison.

Kelly has spent time over the last few seasons filling in for Taylor Lewan and Jack Conklin. While he isn’t the athlete that those guys are, he’s proven his worth in this league and will now get a chance to start in 2020.

It makes sense to pair Kelly with a draft pick, in hopes of finding a longer term solution at right tackle. But for now, you’ve got a proven veteran that can keep some continuity going up front.