Tennessee Titans outside linebacker Bud Dupree has been slowly ramping up after being activated off the PUP (Physically Unable to Perform) list on Aug. 6 and continues to make progress in his return from a torn ACL.

Dupree has made gradual steps forward in the week and a half he’s been in practice, and from everything we’ve seen the Kentucky product is making great progress.

As far as where he is now, Dupree says he’s feeling good but is waiting to get the word from the team on when he can really be unleased and be a full-go.

“Personally, I feel good,” Dupree said. “I’m just waiting on the call whenever they tell me to get ready. I attack each day how they want me to, going in with the same mindset, getting better and better each day.”

Dupree’s status for Week 1 of the 2021 NFL season remains up in the air, but he seems to at least be trending towards suiting up. It remains to be seen if he’ll get any reps in the preseason, though.

Bud Dupree looking spry getting around the edge: pic.twitter.com/p9wuK7MaAd

Dupree was also asked about fellow outside linebacker Rashad Weaver, who shined during the team’s preseason opener versus the Atlanta Falcons on Friday night.

“He’s working hard, he’s trying to be the best he can, he’s still learning each and every day, he’s improving,” Dupree said of Weaver. “He’s one of those guys that just keeps working hard. The coaches challenge him all the time… it’s in his brain to answer the challenge, so he’s going to continue to get better and continue to develop.” 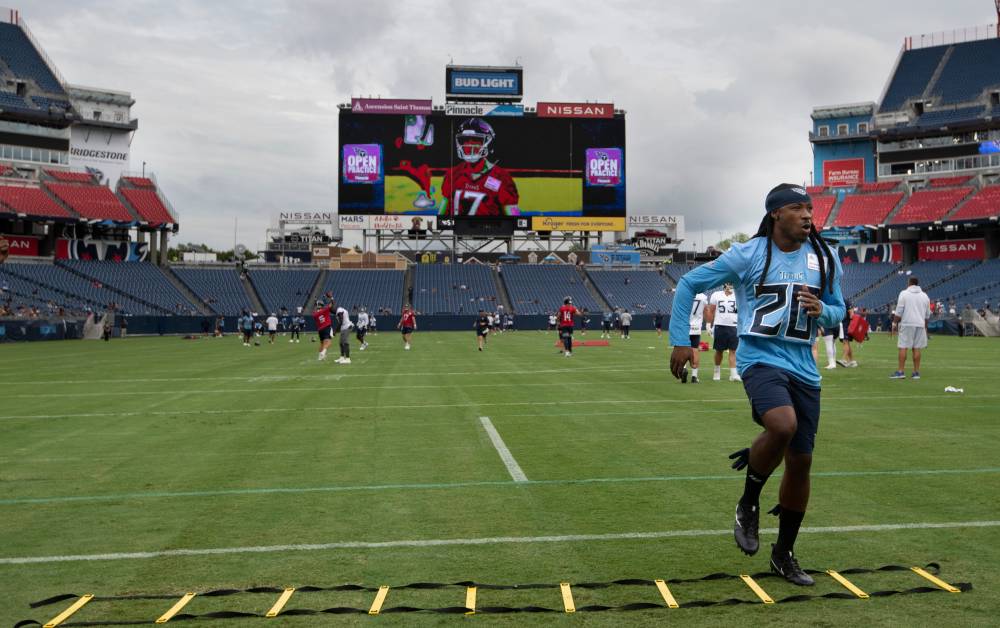